Although the Jaguar XJ Supersport Nurburgring Taxi promises a thrilling ride to passengers, the customers of this ride-along got a bit more than they bargained for. 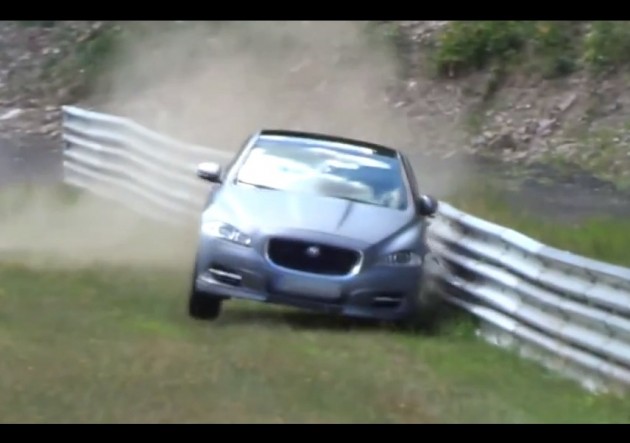 During some laps recently at the ‘Ring, the Jaguar was involved in a pretty high speed yet low damage accident. Official details on injuries are unknown at this stage, however, by the looks of it all passengers would have escaped anything serious.

The Jaguar XJ Supersport Nurburgring Taxi runs laps around the famous circuit, similar to the BMW M5 RingTaxi. The main difference is the Jaguar is a lot more modified, with a semi-stripped out interior and a full roll cage.

It also looks like the factory ABS brakes are replaced, probably with larger items more suited to regular track laps, without ABS.

The incident gives you a clear example of why ABS is so effective. The driver of the Jag locks up initially but then steps off the pedal momentarily to unlock the wheel. At this point, you can see the Jag actually start to pivot around the corner. Unfortunately, the driver decides to jump on the brakes again and leave the wheel locked for a touch too long.

Click play below to take a look. Another video underneath shows the brunt of the force, which buckles the front door and front wheel.