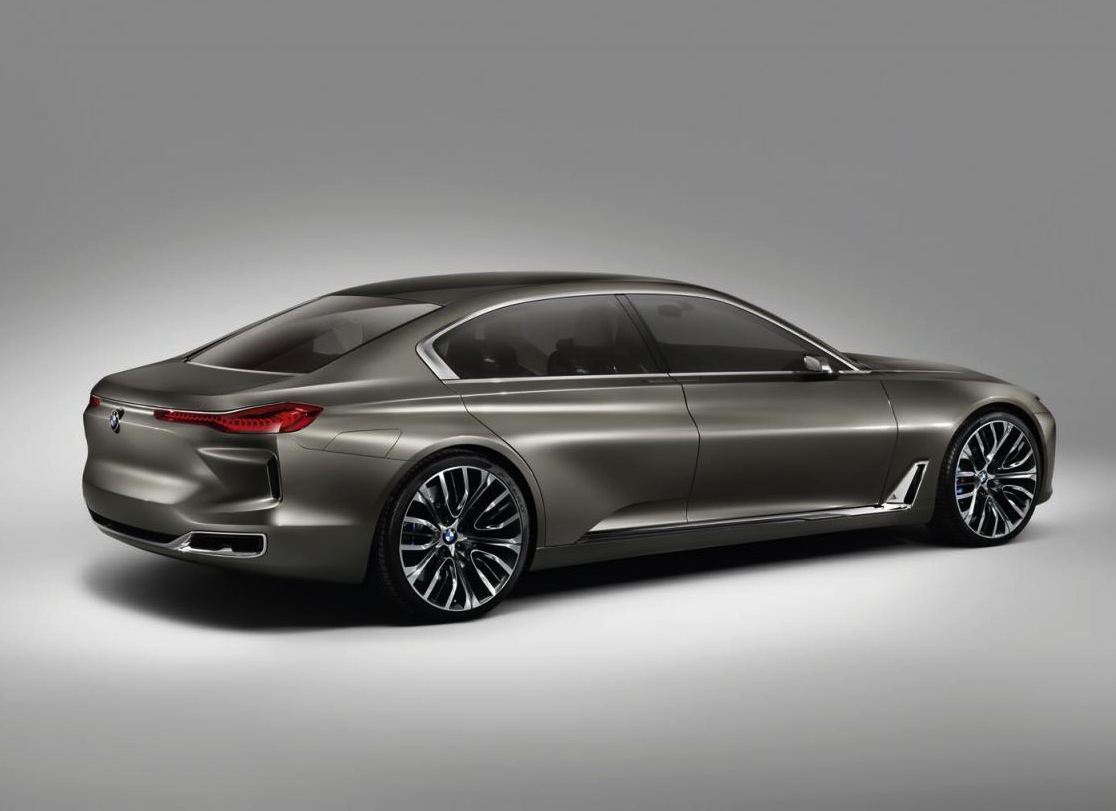 BMW has revealed a stunning new concept car called the Vision Future Luxury. It gives us a preview of what to expect from the company in the future in terms of large luxury sedans and innovative technologies. The concept makes its debut at the Beijing Motor Show, showcasing lightweight engineering, an all-new design direction, and pure exclusivity and innovation. Karim Habib, head of BMW Design, speaks about the car, saying,

“The design of the BMW Vision Future Luxury is the messenger of our philosophy of modern luxury, one in which innovative technologies play a key and vital role. 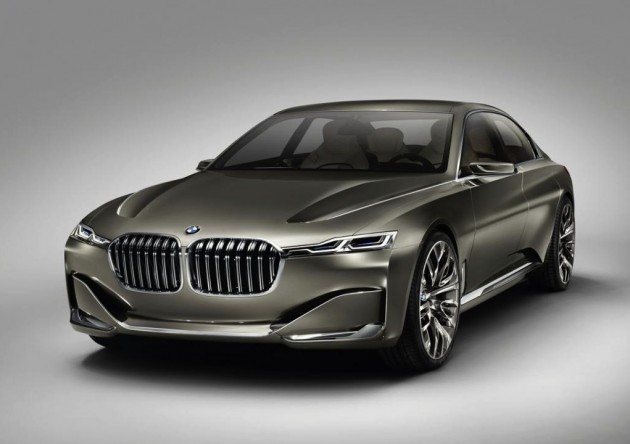 It’s all designed with a layered construction philosophy. For instance, there’s an initial layer of carbon followed by the user interface components, controls, and displays, and then on top is a final layer of aluminium for added strength. On the very top are the touch surfaces, such as fine wood or leather.

Carbon fibre can be seen in the doors, under the seats, and in the pared-down B-pillars. The carbon construction allows the seat frames to be blended into the main structure, while connections between the door sills and centre console allow for small, unobtrusive B-pillars. 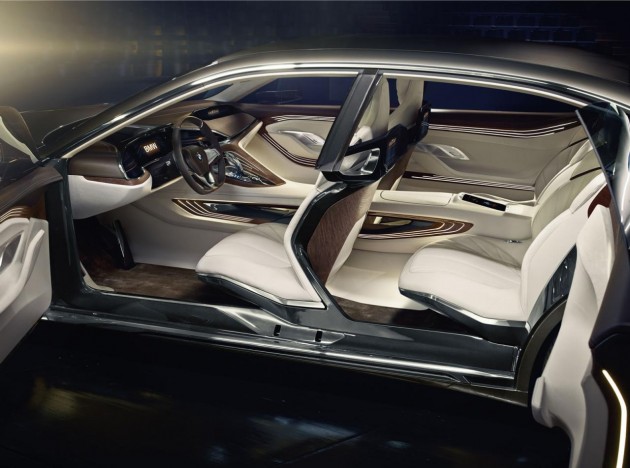 As for the interior, it’s full of connectivity. There’s a removable Touch Command Tablet, which can display everything from media to trip and speed information, as well as two displays in the back. There’s also a comprehensive head-up display system in the front which can project information directly in the driver’s line of vision. BMW explains,

“Buildings, traffic signs or hazards can be highlighted directly in the real-world environment, selectively directing the driver’s attention to specific information which is particularly important at any given time.

“This technology gives a new dimension to driver assistance functions such as Speed Limit Info, where road signs can be identified and highlighted in the driver’s field of view, or the Traffic Light Assistant, which provides real-time information about traffic light phasing.”

Other unique highlights include laser headlights, organic LED lighting which use polymer layers just 400 nanometres thick (400 times thinner than a strand of hair), a Liquid Platinum Bronze body, and lots of air-guiding vents and sculptures on the exterior to maximise aero efficiency. 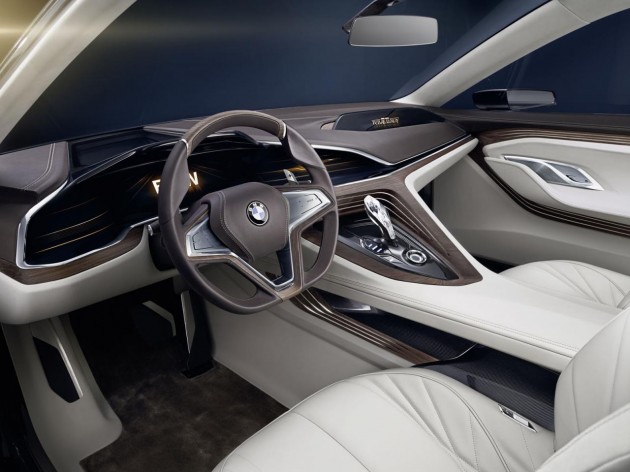 Although it won’t go into production as is, bits and pieces of technology and innovation will certainly inspire upcoming models. Adrian van Hooydonk, senior vice president at BMW Group Design, said,