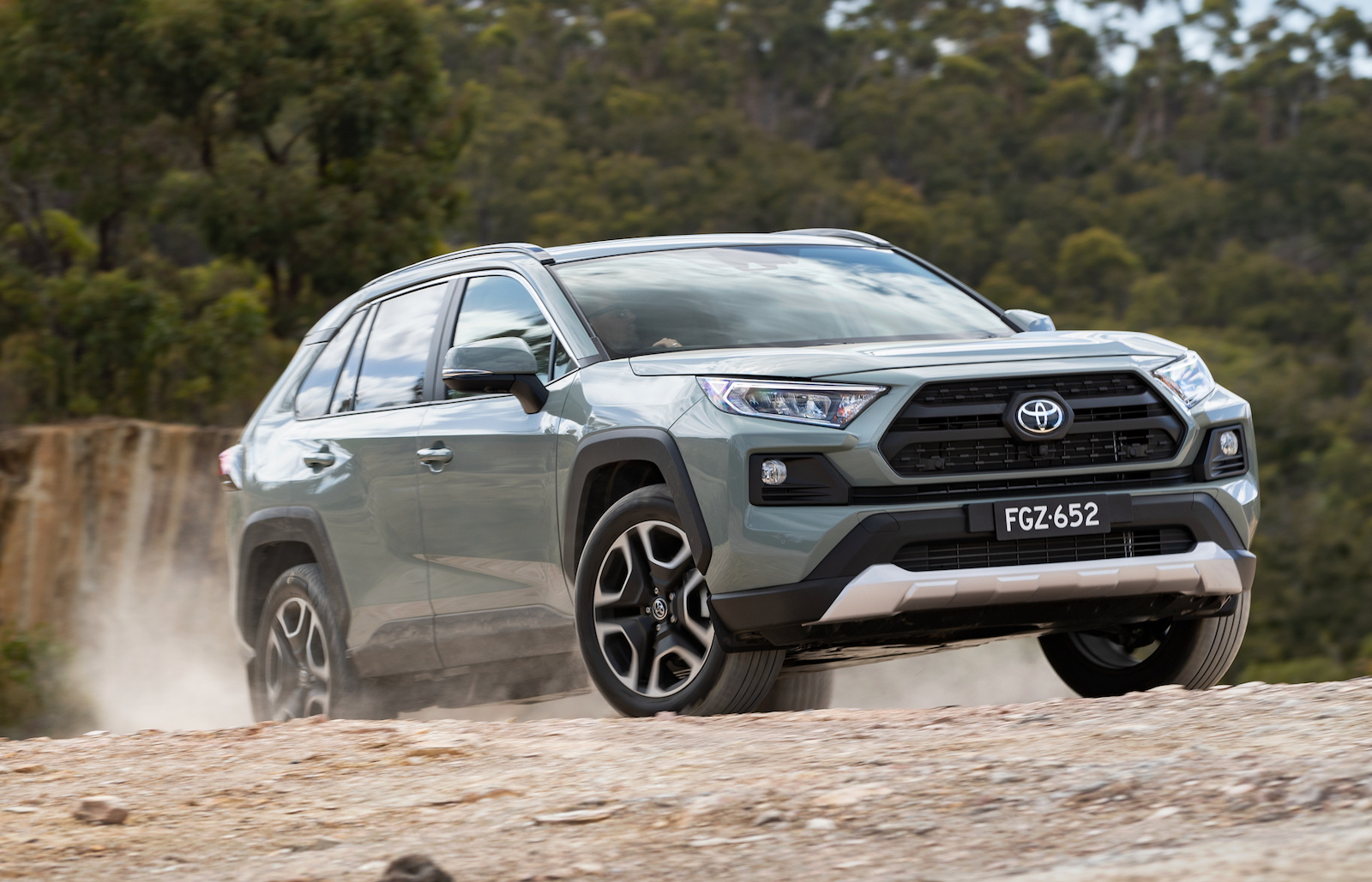 Australia vehicle VFACTS sales figures for May 2019 have been released, revealing some interesting trends as we make our way to the mid point of the year. Overall market sales are still slumping compared with last year though, with total figures across the board down 8.1 per cent year-to-date (YTD). 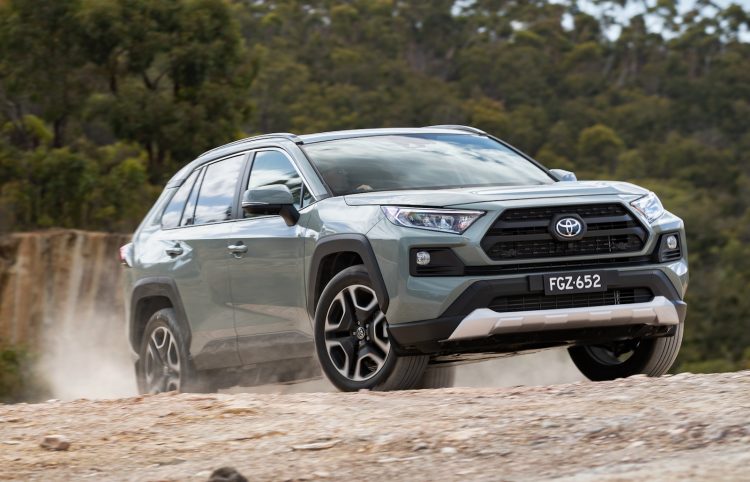 Kicking off with the brands that are in the highest demand in Australia. Toyota is clearly the favourite, with high sales of its Corolla, Camry, Prado, and HiLux all contributing to a result that no other carmaker can match. The new RAV4 also contributed big numbers during the month. However, Toyota sales are down 3.8 per cent compared with May last year, and down 5.8 per cent across YTD.

Further down the ranks we see Kia has moved up a couple of spots from the previous month, to fifth. This was helped by impressive sales of the Cerato. Subaru also moved up one position to ninth. See below for the top 10 best-selling car brands for May 2019:

Small Cars under $40,000 – In the battle between the Mazda3 and Corolla, things are really heating up. Toyota introduced its fantastic new Corolla recently, and now Mazda has launched its all-new 3. During May more buyers swarmed to the Corolla. However, while these two were fighting it was the Hyundai i30 that came through during May to become the favourite. The Kia Cerato also looks like it is catching up. Overall segment sales are down 17.7 per cent YTD. The top 10 best-selling small cars in May 2019 were as follows: 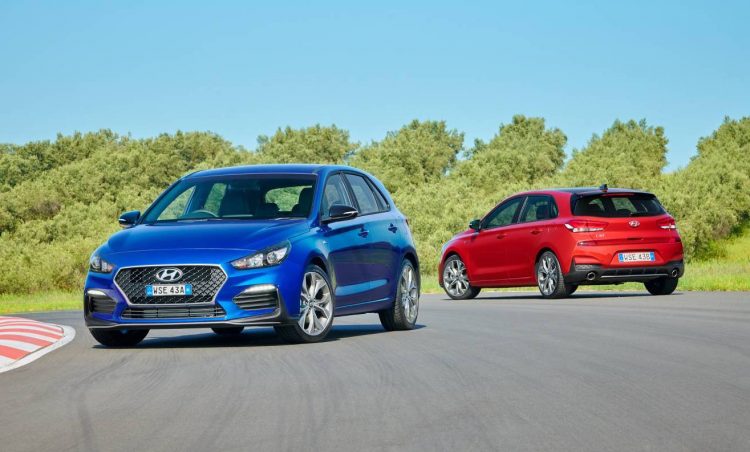 Small Cars over $40,000 – We’re introducing this segment this month as it does contain some interesting and quite popular models. The Mercedes-Benz A-Class leads the way, with the Audi A3 not too far behind in May. There are only 10 models listed in this class, and here are the standings for May 2019:

Medium Cars under $60,000 – Over in this shrinking segment, the Toyota Camry continues to dominate. Its sales are actually up 9.5 per cent YTD, despite the segment reporting a drop of 12 per cent YTD overall. Mazda recently introduced an update for the Mazda6 which could see a spike in sales over the coming months. The top five best-selling models in this class for May were as follows:

Medium Cars over $60,000 – Buyers of executive sedans (and wagons) are still mostly turning to the Mercedes-Benz C-Class. However, it looks like the new BMW 3 Series is earning some interest as its figure grows closer to the arch rival. Further down the top-runner’s list the Lexus IS has moved into fourth spot, and the Audi A5 jumps into the top five. The top five best-selling vehicles in this class during May were as follows:

Large Cars under $70,000 – Into the segment that used to dominate the Australian sales stats we see a familiar nameplate at the top. Commodore sales are holding quite steadily, despite the market’s general negative consensus regarding the demise of the Australian-made model. Segment sales overall are down 36.2 per cent from May last year, and down 31.3 per cent YTD. The top five best-selling vehicles in this segment for May were as follows: 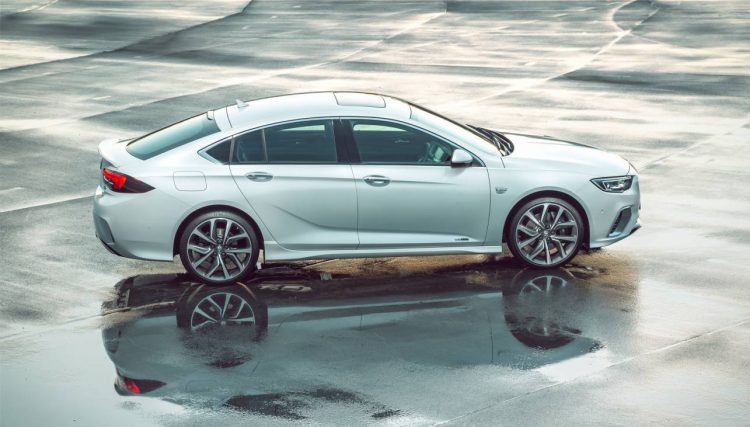 Large Cars over $70,000 – In the large executive sedan (and wagon) class the battle between the BMW 5 Series and Mercedes E-Class continues as close as ever. The E-Class has totalled 566 sales so far this year, to 525 BMW 5 Series sales. The Audi A7 Sportback is hanging in there, while the Jaguar XF and Lexus GS report under 10 units. Segment sales overall are down 2.0 per cent YTD. The top five best-selling vehicles in this class in May were as follows:

Sports Car under $80,000 – Into the weekend cars and we see Ford Mustang sales are continuing to drop. Compared with May last year the muscle car’s figure is down 30.3 per cent. Across YTD the figure is also down, 9.3 per cent. Even so, the second favourite of the class, the BMW 2 Series, doesn’t look like it’s going to be able to catch the Mustang any time soon. Segment sales overall are down 27.1 per cent YTD. The top five best-selling vehicles in this segment for May were as follows:

Sport Cars over $80,000 – The more serious fun stuff is lead by the Mercedes C- and E-Class two-door models. So far this year the C-Class two-door has racked up 1018 sales, which is almost four times as much as its closest rival, the BMW 4 Series, which has only managed 279 sales YTD. But, there might be a new rival for the Merc with the arrival of the new BMW Z4 already making some ground. The Z4 posted 10 sales in May, and we’d expect this figure to rise as production and deliveries hit full swing. The top five best-selling models in this class for May were as follows:

Sport Cars over $200,000 – Standing proudly at the top of the sports car market, like Mufasa on Pride Rock, it’s the Porsche 911. Australia is yet to fully welcome the new 992 model, which is scheduled to arrive in the second quarter. We suspect sales will increase further over the coming months. In other areas, Ferrari continues to show promise, reporting very decent sales for such a high-end exotic brand. The top five best-selling vehicles in the segment during May 2019 were as follows:

Combined 4×2 and 4×4 ute – Here we see the Toyota HiLux continues as the clear favourite for Australian consumers. It reported not only the highest figure for the ute segment, but also the highest figure in the auto industry overall for a passenger car. The Ford Ranger is tracing right behind it though, but will it ever catch up? In other areas the Holden Colorado moves back into third spot, overtaking the Triton and D-Max from previous months, while the Mercedes-Benz X-Class drops out of the top 10. The top 10 best-selling utes (4×2 and 4×4 combined – excludes LandCruiser) for May 2019 were as follows: 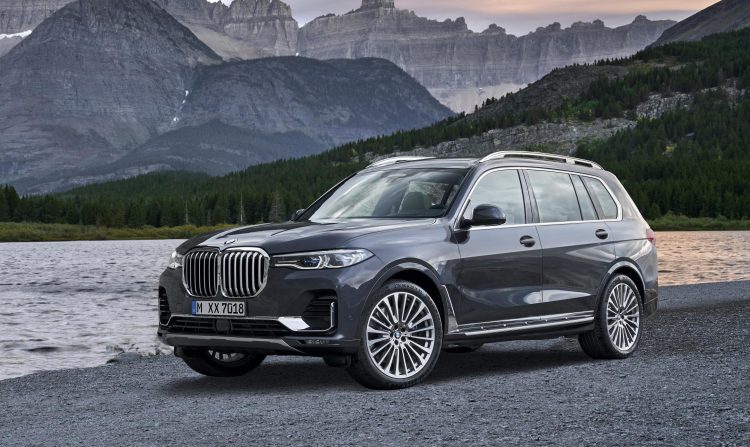 Into the fastest-growing vehicle type, the SUVs. The overall best-seller for the month of May was the Toyota RAV4, no doubt helped by the launch of the new model as mentioned. It was followed up by the country’s overall best-seller, the Mazda CX-5. Across YTD, the CX-5 has sold to 11,045 buyers, followed by the RAV4 with 9080 sales, and then the Nissan X-Trail with 7544 sales. The best-selling premium SUV for the month was the Mercedes-Benz GLC. It’s also the best-selling premium SUV so far this year, reporting 2257 sales YTD (up 4.5 per cent).

Some of the interesting observations include the RAV4 obviously, storming through its class. The Subaru XV moved into third spot in its class, while the new BMW X7 is off to a cracking start in the super-large class. The top three best-selling SUVs in all segments for May 2019 were as follows:

Total new vehicle sales in Australia in May were up on April figures. During May, Australian consumers bought 92,561 vehicles according to VFACTS, compared with 75,550 in April. Overall sales for the month are down 8.1 per cent, and down 8.1 per cent year-to-date.