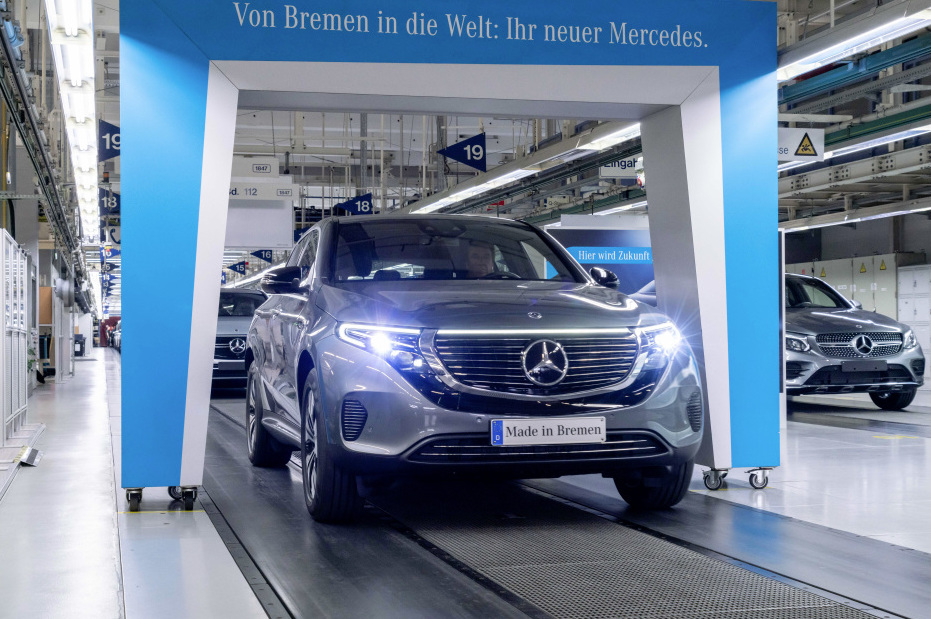 Production of the all-new Mercedes-Benz EQC has commenced at the company’s Bremen plant in Germany, as it gets ready to hit the market as the first fully electric SUV from the brand for the mid-size class. 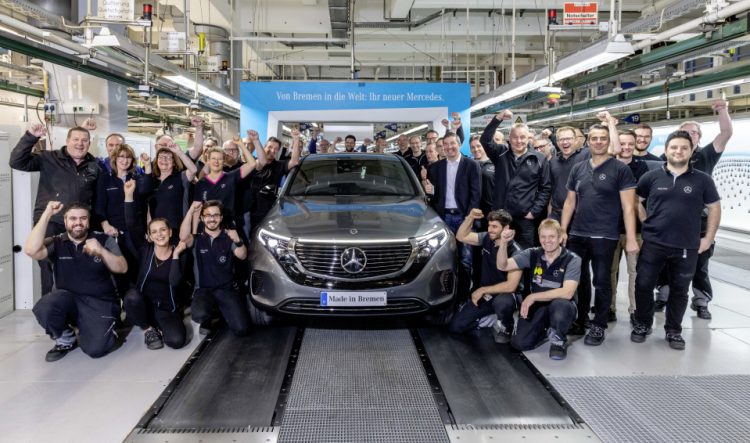 The EQC is being produced along side the C-Clsss and the GLC and GLC Coupe thanks to a clever production line which is able to adapt to facilitate the assembly of various drive systems.

To ensure complete efficiency, the production line in made up of sophisticated mobile devices, driverless transport modules, and the whole assembly team runs on a paperless basis. Speaking about the production, Markus Schäfer, divisional board member at Mercedes-Benz Cars, said: 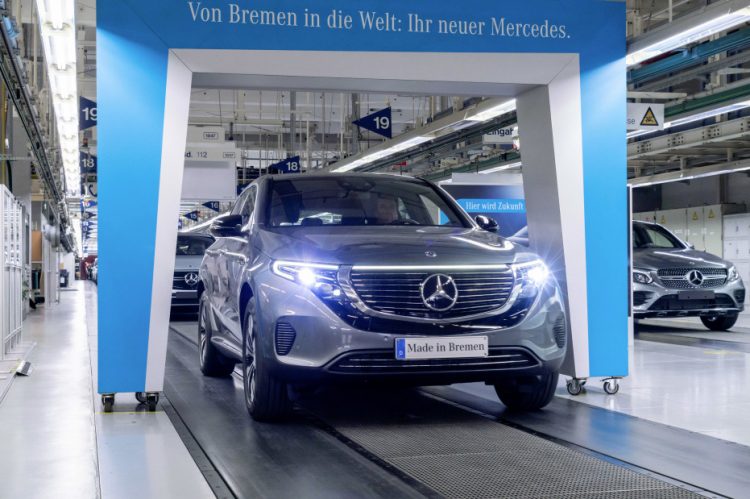 In case you missed it, the EQC is pitched as a luxury mid-size SUV which runs on electric power alone. It uses an 80kWh lithium-ion battery, offering a motor output of 300kW and 765Nm. This enables the SUV to conquer 0-100km/h in a claimed 5.1 seconds. With a fully-charged battery the EQC provides an NEDC-rated range of 445-471km.

Being a Mercedes-Benz, the EQC is boasting about areas such as quality, safety, and comfort. It also promises a “unique ride” suitable for everyday use, and a progressive and distinctive design. It’s also just one of many electric vehicles on the way from the brand, and the new ‘EQ’ sub-brand for eco cars.

Prices for the Australian market haven’t been announced yet, but overseas, the EQC starts from “less than €60,000” according to Mercedes-Benz. It’s set to hit markets around the world throughout the remainder of the year.