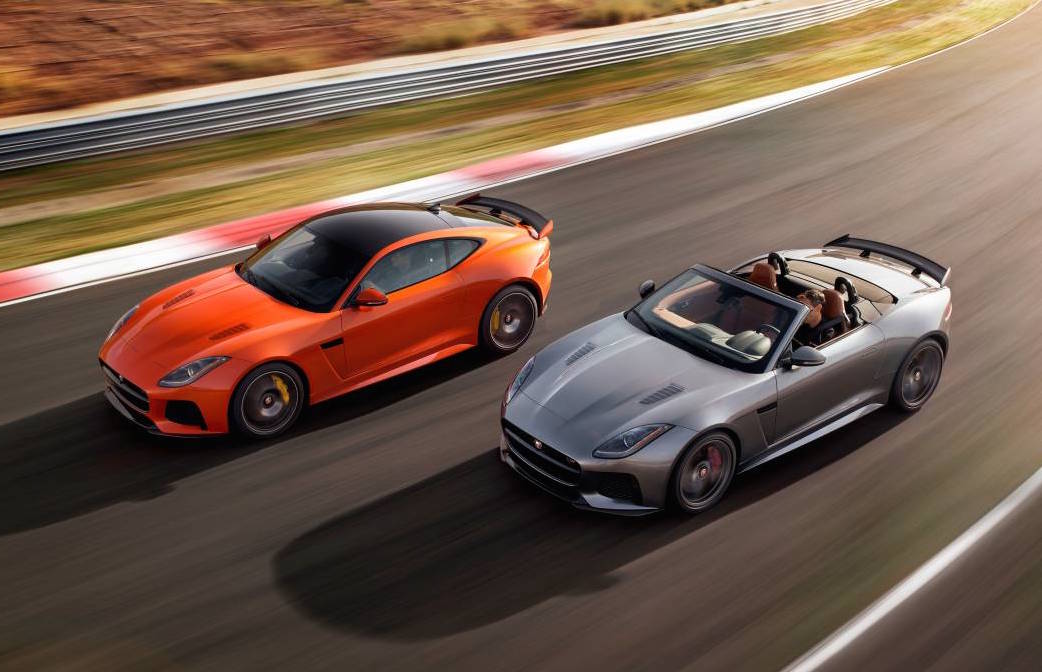 Get ready sports car fans, the new Jaguar F-Type SVR has been confirmed for Australia and will arrive during the third quarter of this year. 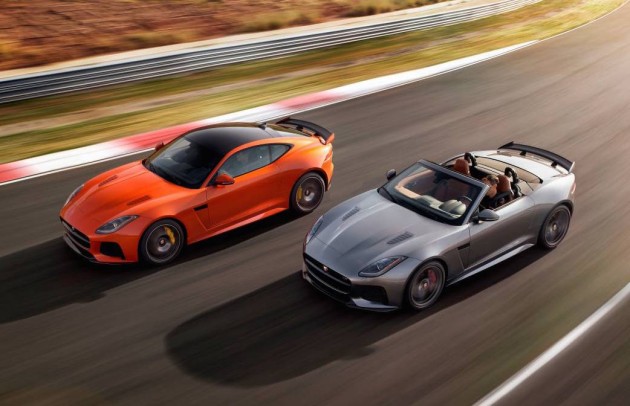 The Jaguar F-Type SVR will make its official debut at the Geneva Motor Show in March. It is the fastest F-Type ever and the first SVR-badged Jaguar ever made, developed under Jaguar Land Rover’s Special Vehicle Operations division.

Under the bonnet sits a 5.0-litre supercharged V8 churning out 423kW of power and a whopping 700Nm of torque. This is sent through an eight-speed automatic transmission and into an all-wheel drive system.

As a result, acceleration from 0-100km/h takes just 3.7 seconds and the top speed is a ludicrous 322km/h for the coupe and 314km/h for the convertible. Ian Callum, direct of design at Jaguar, said:

“Cutting-edge aerodynamics have always been fundamental to Jaguar design, and everything from the enlarged air intakes to the active rear wing is essential to the new F-TYPE SVR’s dramatic looks and 200mph potential.”

Not only is the SVR the most powerful F-Type, it also receives various weight reduction measures. There’s a new titanium and Inconel exhaust system that saves 16kg, special lightweight forged 20-inch alloy wheels, and an optional carbon ceramic brake package. All up, the SVR is 25kg lighter than the comparable F-Type R AWD, or 50kg lighter with the brake package.

Jaguar engineers have also revised the suspension for even better handling. The rear anti-roll bar is thicker, and the valves inside the adaptive dampers have been uprated along with the software to control them. The rear knuckle is completely new as well. Overall, the layout presents a 37 per cent increase in camber stiffness and 41 per cent increase in toe stiffness.

Both the coupe and convertible are available to order in Australia now, with deliveries scheduled to arrive during the third quarter. Prices are as follows (excluding on-road costs):