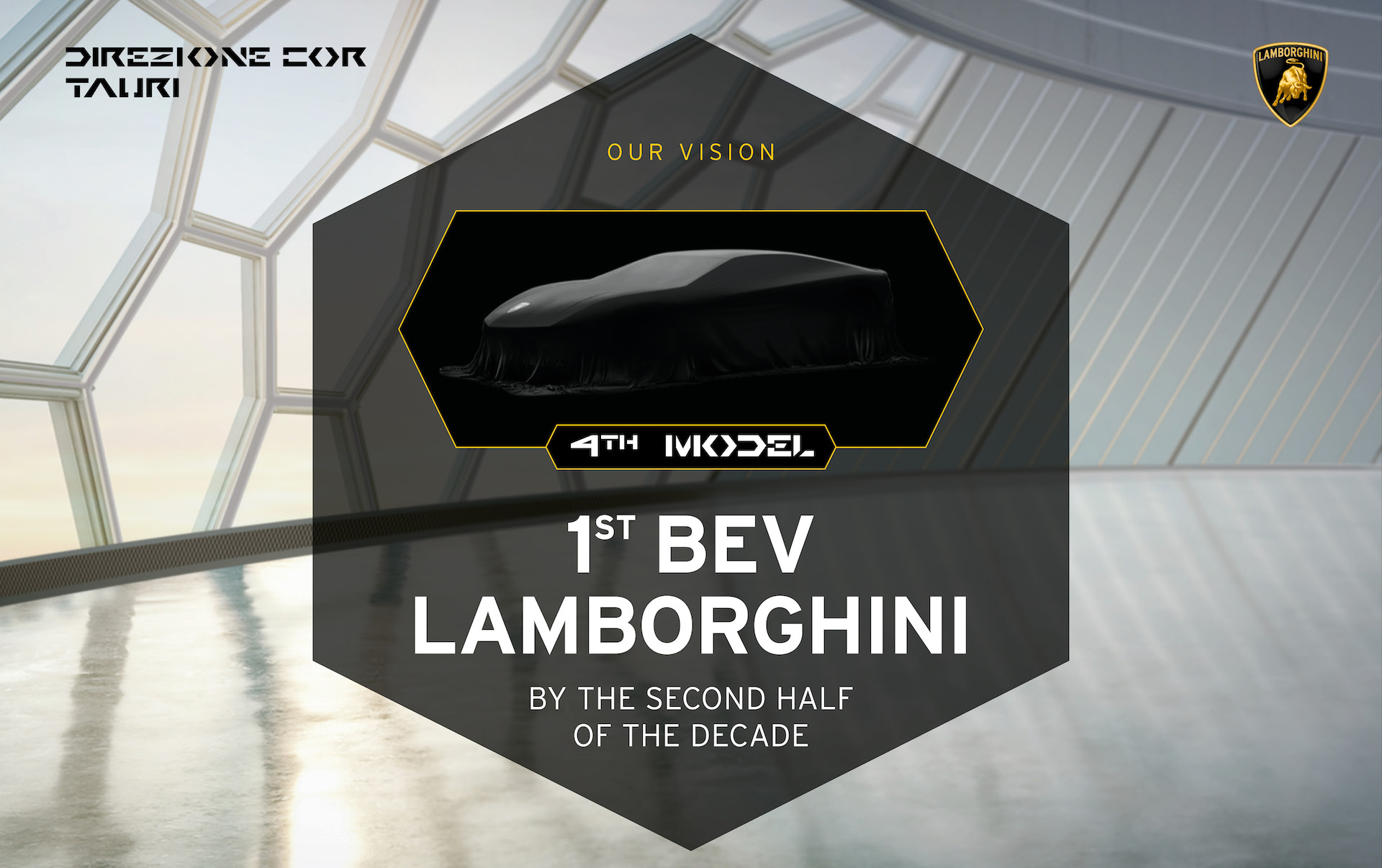 Yes, even Lamborghini has succumbed to electrification and has just revealed plans for a transition to hybrid technology by 2024, and to cut its emissions by 50 per cent from 2025. Four new models will be launched as part of the plan, including two V12s, a hybrid, and a fully electric model, all before the end of this decade. 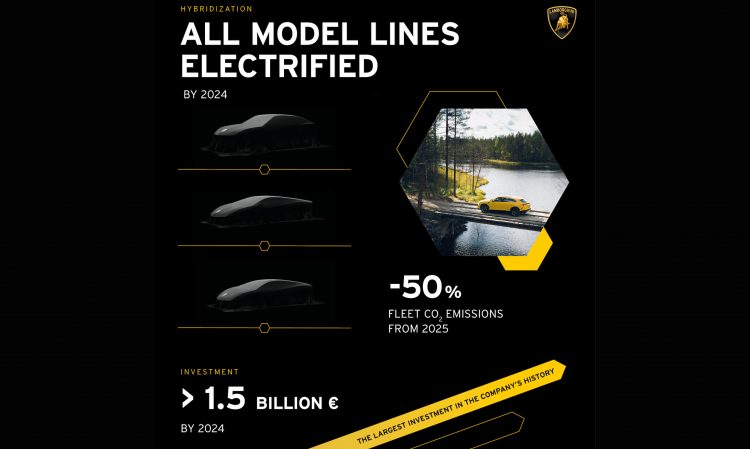 Lamborghini is perhaps one of the last of the big carmakers to adopt electrification technology, starting off with the Sian in 2019. It featured a V12 paired with a supercapacitor and electric motor assist system for a combined output of 602kW – the most powerful road-going Lambo ever.

The company’s CEO and president, Stephen Winkelmann, has just confirmed plans of a “decarbonisation roadmap” called Direzione Co Tauri. Through the development and application of fuel-saving technologies, it wants to contribute to the “radically-changing” world and reduce emissions. 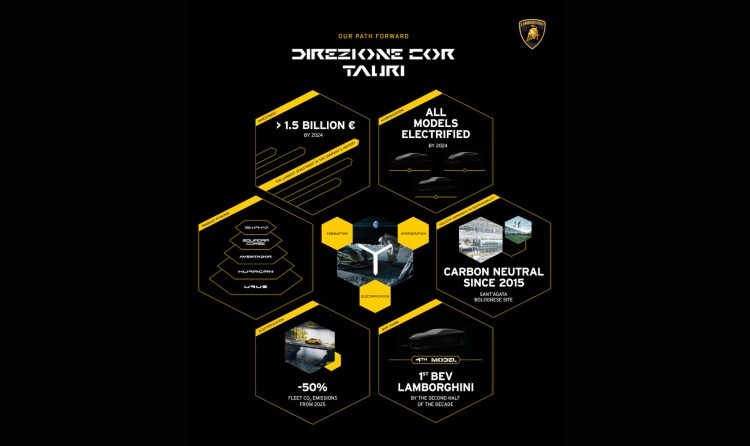 However, at the same time, it also promises to remain faithful to its DNA and continue building engines that offer extraordinary performance. This is all part of the brand’s largest investment plan it has ever implemented. In a statement, Winkelmann said:

“Our response is a plan with a 360 degree approach, encompassing our products and our Sant’Agata Bolognese location, taking us towards a more sustainable future while always remaining faithful to our DNA. Lamborghini has always been synonymous with preeminent technological expertise in building engines boasting extraordinary performance: this commitment will continue as an absolute priority of our innovation trajectory.” 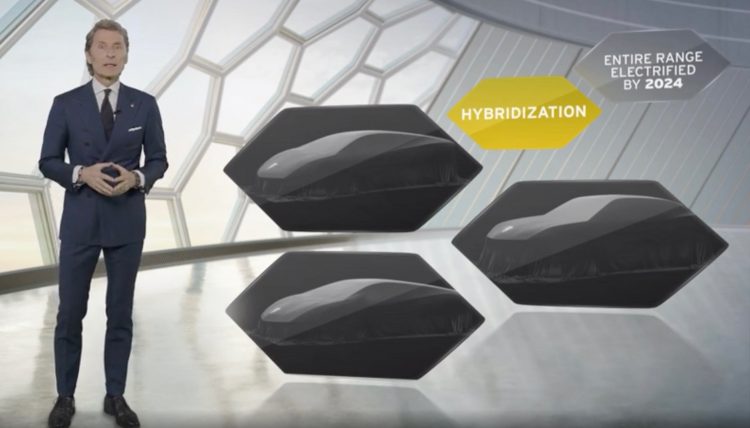 More specifically, the company has three main stages of the road map. The first stage, to run through 2021-2022, is all about celebrating the combustion engine. It will present two new V12 models this year, while also reflecting on some of its recent achievements including with the Urus and Sian.

The second stage, running until the end of 2024, will focus on the hybrid transition. In 2023 Lamborghini will launch its first hybrid series production car. Unlike the Sian, this new model will be a regular showroom model. Following that, the company also says that all of its models will be electrified by 2024. This second phase will also help to see the company’s target of reducing its emissions by 50 per cent by the start of 2025. 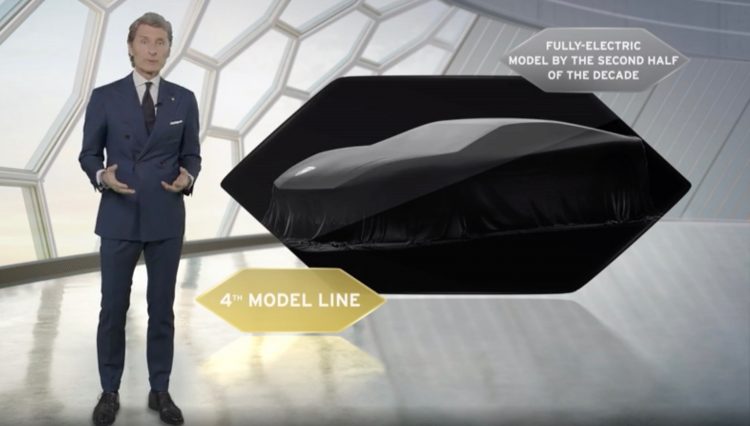 For the third stage Lamborghini confirms it will introduce its first fully electric model in the second half of the decade. It will be a model positioned “at the top its segment”, offering “remarkable performance” and technical innovation.

Lamborghini describes this third phase as the culmination of the journey, and the brightest star in the constellation “to which the company’s road map points”. More details on the road map in the video below.