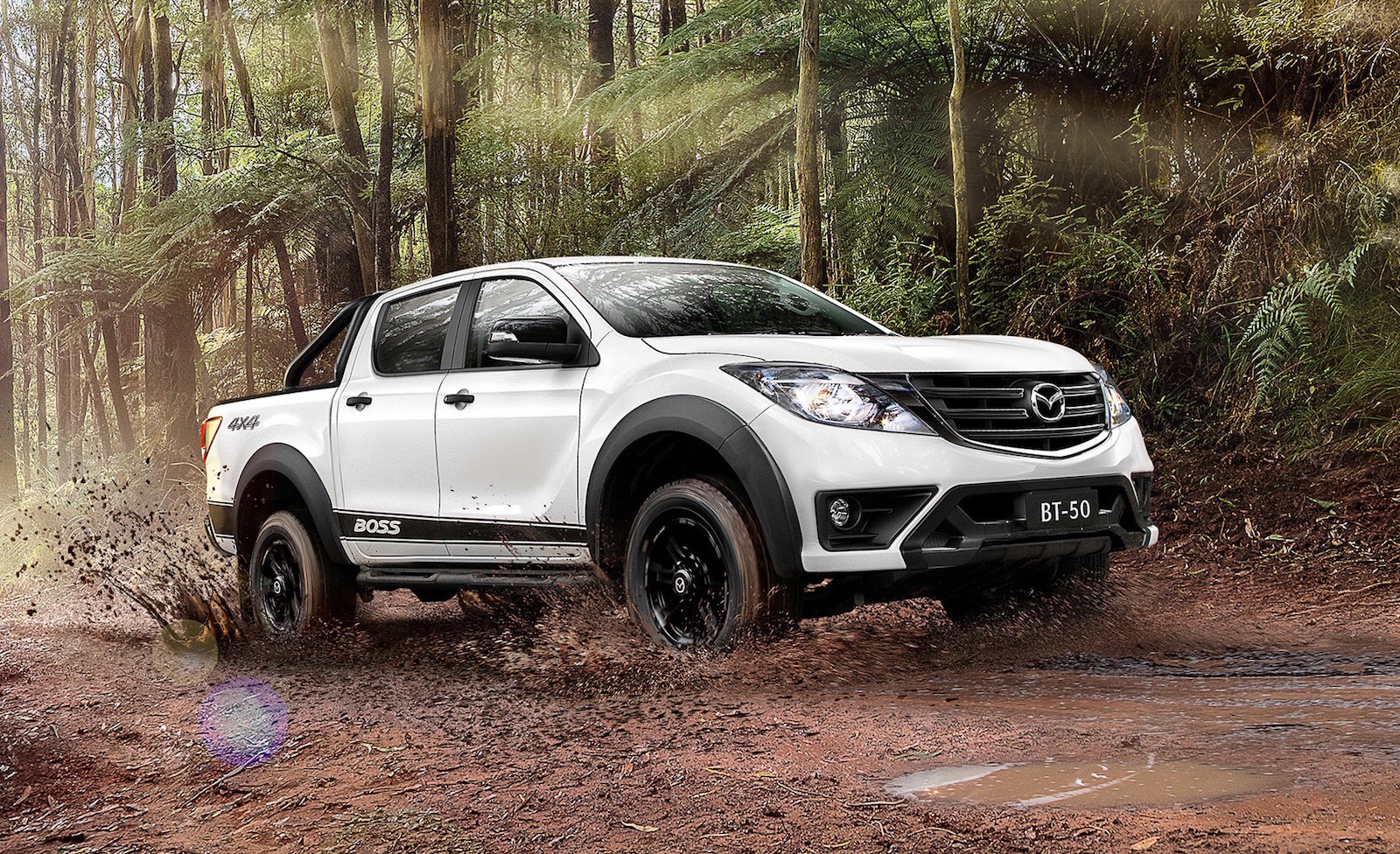 Mazda is jumping on board the fashionable special edition pack for its flagship dual-cab ute, with the introduction of the BT-50 Boss edition. 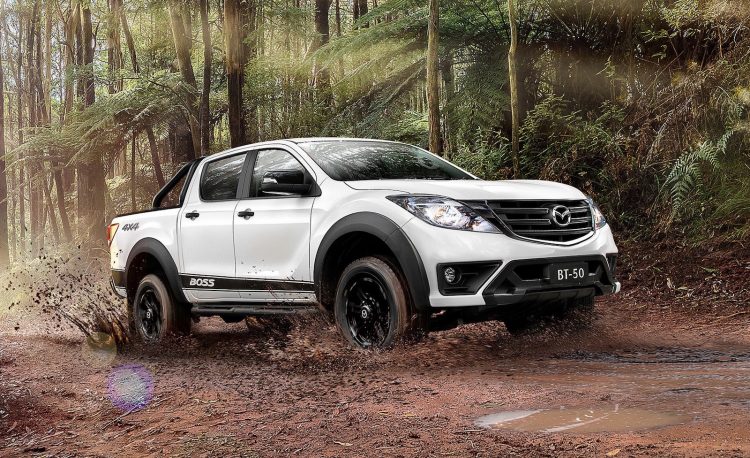 Based on the flagship GT variant, only slotting above due to unique features, the BT-50 is instantly recognisable thanks to its exclusive white and black colour scheme. The Boss is coated exclusively in Snowflake White Pearl Mica and comes with a variety of black accessories for contrast.

All of the chrome accents featured on the GT have pretty much been replaced with gloss black items, including for the front grille, door handles, side mirrors, sports bar in the tray area, and for the tubular side steps. It’s all finished off with a set of 17-inch eight-spoke alloy wheels in black, with a Boss decal that runs along the bottoms of the doors.

Inside, passengers are treated to a premium Alpine S-series sound system featuring carbon fibre speakers. The eight-speaker system incorporates four 6.5-inch speakers, tweeters in the back and 1.0-inch silk dome tweeters for the A-pillar. It’s all controlled by an 8.0-inch Alpine touch-screen media interface which includes Android Auto and Apple CarPlay.

No changes are made to the mechanical hardware. Under the bonnet the 3.2-litre Ford-based turbo-diesel five-cylinder resides, producing 147kW and 470Nm. This is matched to a six-speed automatic in the Boss variant. Speaking about the new ute, Mazda Australia managing director, Vinesh Bhindi, said:

“The new Boss grade amplifies the tough Ute’s looks and adds quality equipment to improve the ownership experience. Adding the Boss grade to our line-up gives customers the option to purchase an already customised, accessory loaded Mazda BT-50 that will stand out from the crowd.”