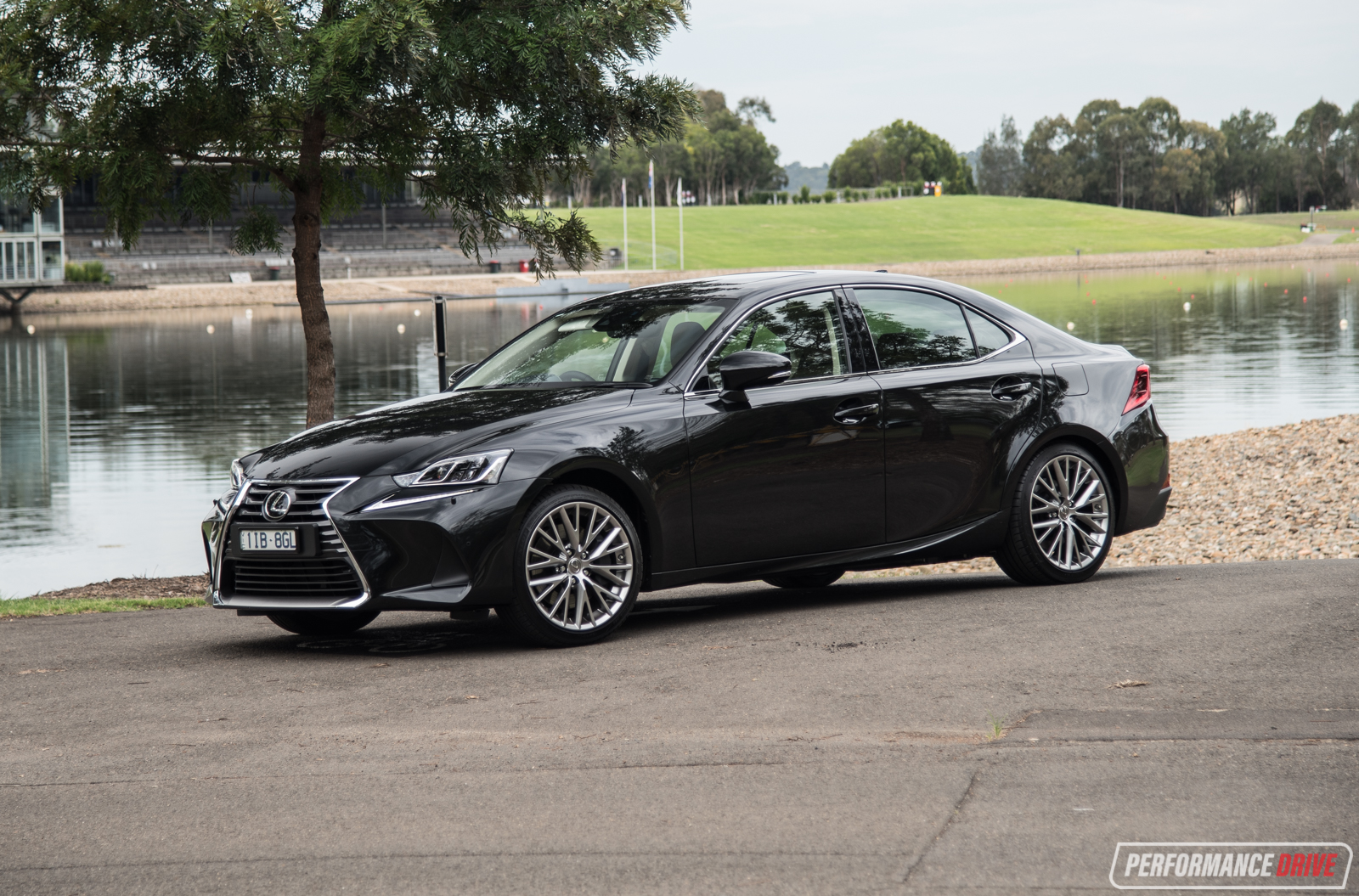 In some ways, Lexus seems to be the underdog when it comes to luxury motoring. Even though the ‘rich man’s Toyota’ consistently produces brilliant cars, it doesn’t have the prestige image of being European-made. This means it has to push harder in quality and packaging to win customers over. And the latest 2017 Lexus IS 200t is a fine example. 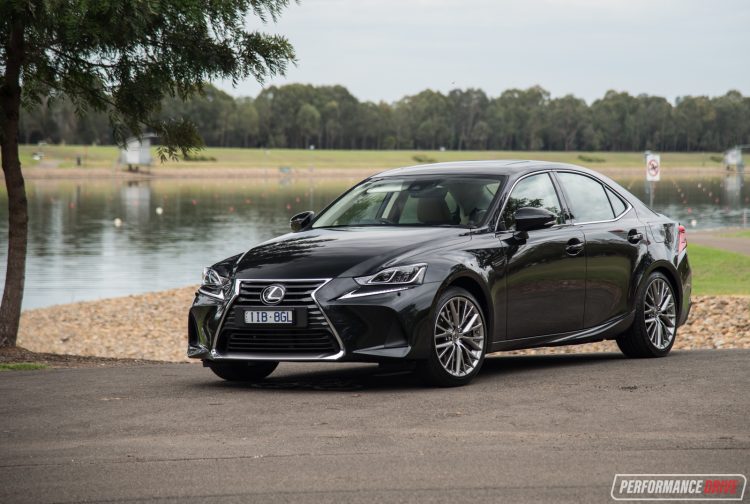 Lexus claims the 2017 revamp of the IS range is not your usual mid-model update; justifying the slight price hike across the lineup with more revisions than usual. There are three engines to choose from; a 2.0-litre four-cylinder turbo-petrol in the IS 200t, a 2.5-litre four-cylinder petrol hybrid in the IS 300h, and a 3.5-litre V6 petrol in the range-topping IS 350. All grades are available in three specs; the Luxury, the F Sport, and the Sports Luxury.

The top IS 200t Sports Luxury we’re road testing here will set you back $78,040 plus on-road costs. Prices begin at $59,340 for the base-model IS 200t Luxury though, making it one of the more affordable mid-size luxury sedans on the market. 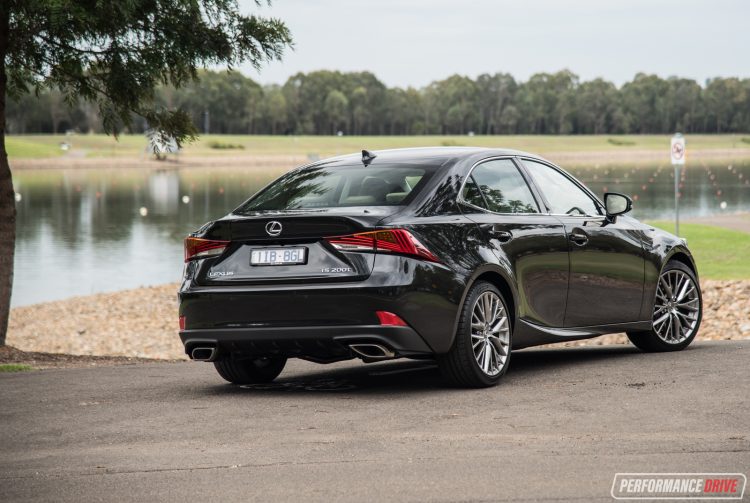 Lexus claims that all models in the lineup are updated with eight main exterior styling changes, which provide an even sharper, angular and futuristic appearance than the previous model. The most notable exterior change is in the front and rear lights, which adopt sharper angles and LED technology. There are also 15 changes within the interior, and major improvements to the display screen and sound system.

Going by the feature list, the top spec IS 200t comes with the glut of features you’d expect; blind spot sensors, distance-controlled cruise control, lane departure warnings, emergency braking, auto high beam and windscreen wipers, you name it. Comparing to the competition, one feature it seems to miss out on is automated steering parking assistance, which is only a loss if you count on actually using this feature.

This end of the market is where we usually learn about emerging technologies, but there is nothing really new or outstanding among the feature list, but it is only a mid-model update. And that’s okay, the IS 200t is still very much keeping up with the competition in most areas.

The only real differentiator is the control used to navigate the infotainment system with a bigger 10.3-inch screen. Seen before in previous Lexus models, it is similar to a computer mouse, but it guides your button-clicking selection by using magnets and adjusting them to the current menu. The idea is something you need to give a good chance to get used to, as it can go a long way to reducing the time a drivers’ attention is taken off the road. But being so different, it may come across as overly fiddly and not to everyone’s liking. 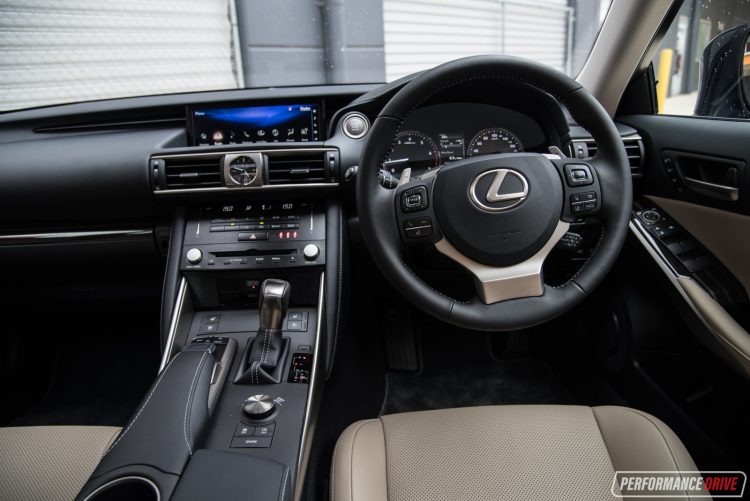 The IS 200t Sports Luxury is now equipped with a world class 15 speaker sound system. It sounds magnificent. Of course, it is all customisable and includes many options, media inputs, and sound modes to match your taste.

The rest of the interior exudes the highest of quality, style and attention to detail in every corner. Like all Lexus cars, you can really tell how much thought is put in to making sure every surface is designed and manufactured to perfection. We love the look of the simple yet elegant instrument cluster too. The black background is so dark, it’s almost as if you’re looking into endless space, and the dial needles are hovering in thin air. It’s a very nice touch.

Front seats are of five-star, lounge-room-level comfort; and at the same time, supportive when taking corners fast. For larger guests, side bolstering may feel a tad intrusive. The seating position in relation to the cockpit is a legacy trait of the IS. The centre console sits quite high next to you, which makes you feel like you’re sitting in a bobsled. If you like to feel an airy and spacious existence in your car, spare some attention to the seating position.

A downbeat inheritance of previous IS models is the rear occupant space. It may not be important for most, and maybe Lexus has done this on purpose, but it has only improved slightly from previous generations. In this specific class it remains as one of the tightest spaces.

On the plus side, boot space is exemplary. Luggage is easy to load because of a low boot lip. Offering 480 litres, it makes it six litres bigger than your everyday Mazda6. A space-saving spare wheel is used to maximise space. 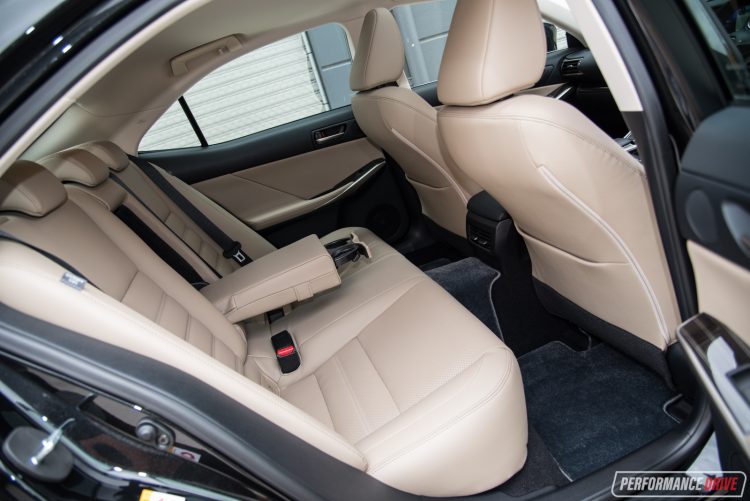 Across all IS 200t variants, the same 2.0-litre turbo-assisted four-cylinder engine seen in many other Lexus models is employed. It produces 180kW at 5800rpm, which is pretty low for a petrol engine, and 350Nm of torque from 1650 to 4000rpm. This is delivered to the rear wheels, just like the European counterparts. It’s good to see Lexus has finally joined the party and applied turbo technology to increase outputs and maximise economy. These figures are excellent for an entry-level engine; outpowering entry-level petrol rivals such as the Audi A4 (110kW), BMW 318i (100kW), and the Jaguar XE 2.0t (147kW).

Behind the figures, the engine is one of the best we’ve seen when it comes to getting the job done in a modest and effortless way. It’s incredibly smooth and quiet in the delivery of power, and it gives off a sense of freeness and no sign of a struggle to rev. In fact, there is rarely a time where you’d wish it had more power, for this kind of vehicle, whether with a full car of passengers or overtaking up hill. You can be forgiven for forgetting that it is a 2.0-litre four-cylinder.

In order to help with this market-leading power, Lexus has coupled the engine with an eight-speed automatic transmission. Racing through the many gears under pressure or cruising up to speed gently, gear changes velvety smooth. One setback that bugged us was a noticeable delay in lining up the right gear after slowing down. For example, if you are slowing down to approach a corner, the gearbox seems to sit in a high gear until you start accelerating out of the corner. By this time, the right gear should already be engaged, ready to accelerate. Maybe it is trying to be too economical by staying in a higher gear. In the sports driving mode this can solve the issue, or by using the paddle shifters.

The all important 0-100km test officially records an impressive 7.0 seconds flat. Our testing timed it in 7.7 seconds, although this was in very hot weather. The official claim beats the Jaguar XE’s base 2.0-litre petrol engine by 0.7 seconds, Audi A4’s entry-level 1.4-litre offering by 1.5 seconds, and the BMW 318i’s 1.5-litre three-cylinder engine by 2.1 seconds, which makes it one of the fastest out there for an entry-level petrol offering. 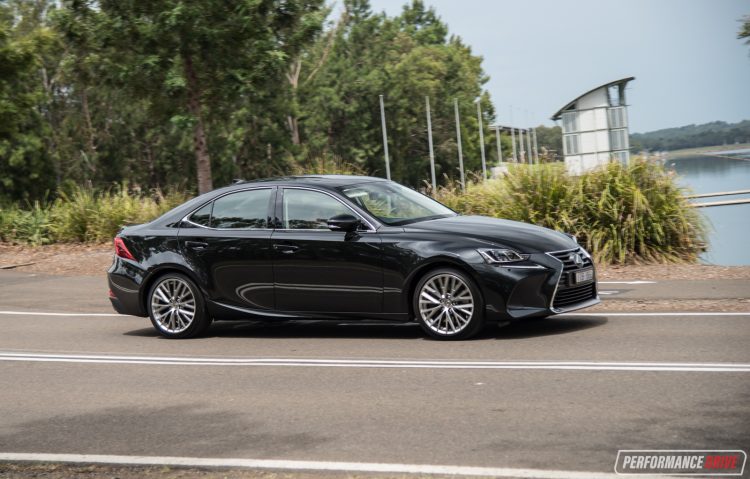 There are a few driving modes to select from; ‘Normal’, ‘Eco’, ‘Sport’, and only elsewhere seen in the F-Sport specs, a ‘Sport +’ mode. ‘Sport +’ mode sharpens up accelerator response, changes the gearbox into a fired-up, tap-and-go unit, delays automatic up-shifting, changes gear quicker, and stiffens the electric steering. In this mode you can really appreciate the sporty ride, especially if you use the paddle shifters and develop a bit of a tempo in the bends.

Continuing with Lexus’s relentless pursuit of perfection, steering in the IS 200t is positively firm when travelling at higher speeds on the freeway, and varies to give a light manoeuvrability when battling tight city streets. It gives the right sensation that you are in charge, and very connected to the road.

Taking a corner at a decent speed is truly fun with this hot number, just like in previous IS generations. You can really throw it around corners and it won’t give in easily. Being a rear-wheel drive, accelerating out of corners can commence early and the rear won’t fling out unexpectedly. Traction and handling ability is definitely up there with the Euro competitors. The Sports Luxury is fitted with 18-inch wheels wrapped in 225 front and 255 rear tyres, offering relentless grip.

The 2.0-litre engine out-performing the competition comes at a cost when it comes to fuel consumption. Although other entry-level engines are less powerful, almost all of them are more fuel efficient than the IS 200t. Official figures read 7.5L/100km, but our rather harsh testing didn’t see the figure dip below 10.8L/100km. There is room improvement here, as other brands show official figures hovering around 5.5L/100km, in this specific class. Of course, you always have the slightly more expensive IS 300h hybrid and its 4.9L/100km official average if you’re purely after efficiency.

95 RON premium petrol is recommended, which contributes to higher running costs. A 66-litre fuel tank means you can expect to refuel after roughly 650km.

Servicing is required more often than usual, at every six months instead of the usual 12 months, or 10,000km, whichever comes first. But, Lexus after-purchase servicing is world class, so regular services might not be such a bad thing. Some packages will see dealers collecting the car from you and giving you a loan car in the meantime. 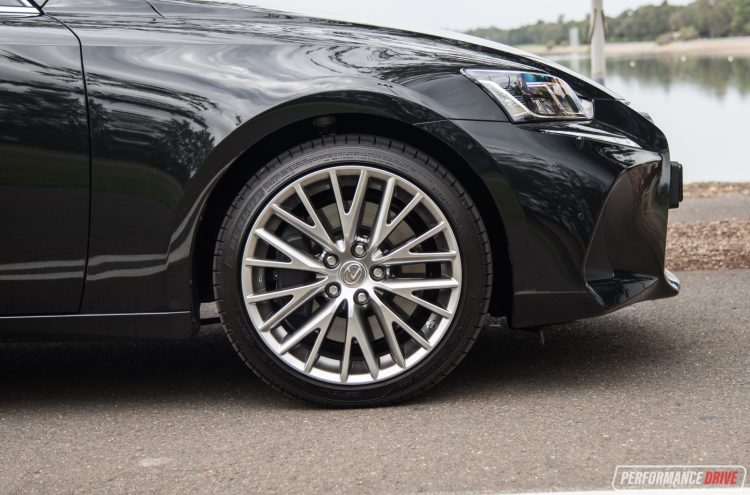 Lexus has continued its relentless pursuit of perfection with the 2017 IS 200t, and the Sports Luxury adds a distinctively pampering experience. If it’s not the absolute refinement and detail in the interior that merges luxury and sport at the same time, or the impeccable handling and suppleness over any road types, it has to be the powertrain smoothness that wins you over. Either way, lining it up against the competition, there really isn’t much justification to hang on to the ideology that a Euro alternative is better. Provided you see past that small downshifting transmission lag issue.

PROS:
– Handling and suppleness to soak up bumps is a standout
– Lexus-famous refinement and build quality in every corner
– Engine smoothness and highest output among competition’s entry-level engines
– World class sound system
– Unique and interesting design against conservative German rivals

CONS:
– Some transmission lag in auto mode, reluctant to kick down
– Canoe-style seating position not ideal for larger people
– Rear occupant space
– Fuel consumption not up to scratch compared to rivals