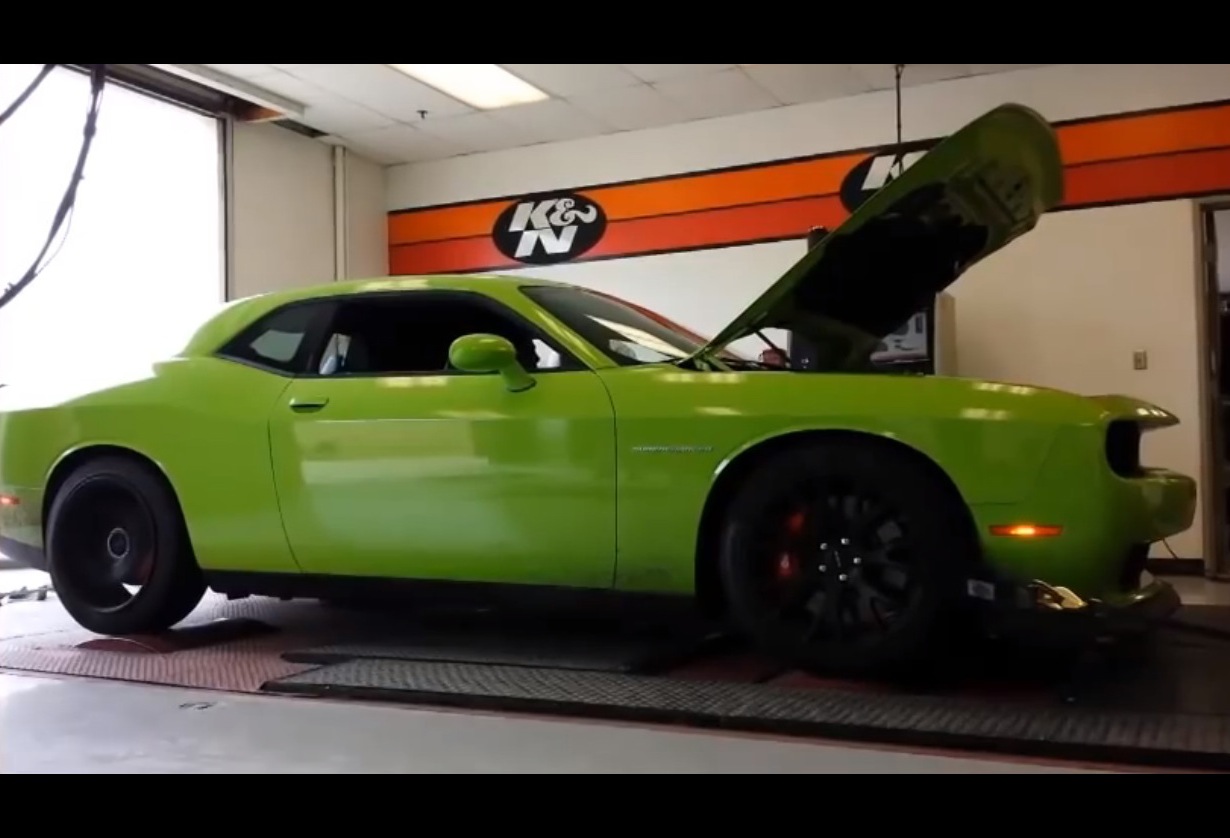 Another manufacturer is lying about its engine output figures, it seems. In a good way, that is. An example of the mighty Dodge Challenger SRT Hellcat was recently put on the dyno to unmask the truth. 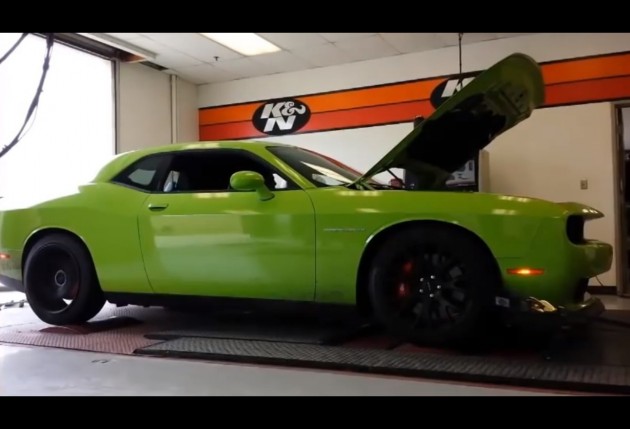 The Dodge Challenger SRT Hellcat comes with Chrysler’s most power production engine it has ever made. On paper, the 6.2-litre supercharged unit develops a monstrous 527kW of power and 881Nm of torque.

Motor Trend in the US, in cooperation with K&N, decided to test these figures by putting a stock standard example onto the dyno. The result? 473.71kW and 801Nm at the wheels (ATW).

Once you factor in the efficiency loss of the transmission and differential you end up with around 537kW at the engine. That’s around 10kW more than the factory figure.

This amount of power is just humongous, especially for a fairly regular four-seat car that can be used to do the daily errands.

The US publication also tested out the car’s top speed on the dyno. Dodge doesn’t fit the Challenger SRT with a speed limiter, so it’s a matter of how far you’re willing to push it. Without aerodynamics to worry about the Hellcat managed to hit 362km/h. Well, the gearing did anyway.

We’ve seen this sort of thing loads of times before in the industry, with manufacturers under-quoting their engine figures. It’s a pleasant surprise for consumers as they end up with more power than what they paid for.

Translated into forward speed, the SRT Hellcat is able to conquer the quarter mile in just 10.8 seconds straight out of the box (with street legal drag radials), and 11.2 seconds with the standard Pirelli P Zero tyres.

Keep your fingers crossed for an Australian introduction further down the track. See the video below for the dyno run.