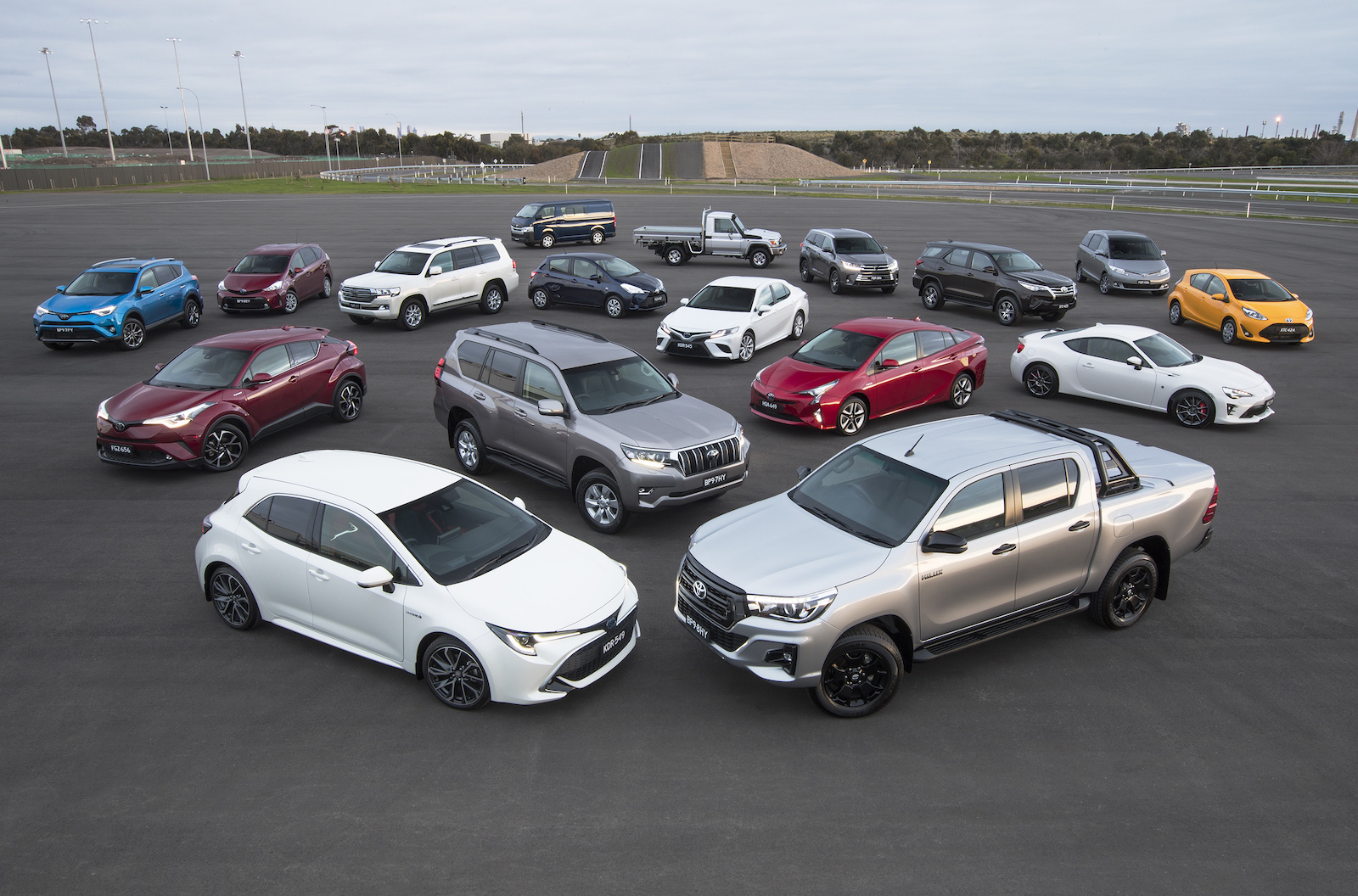 The Australia vehicle sales figures for April 2019 have been handed out as the national VFACTS data. On first impressions, it looks like overall industry sales are taking a big hit, with total figures across the board down 8.1 per cent year-to-date (YTD). 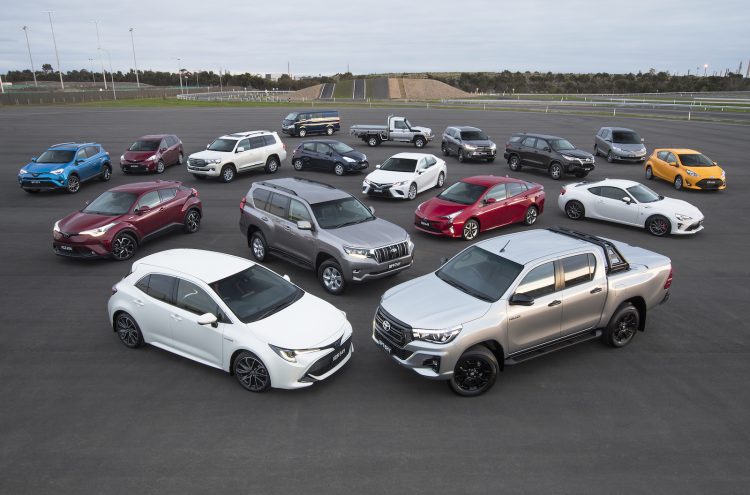 Starting with the most popular vehicle brands, Toyota is once again proudly standing at the top. However, even its figure for the month is down 9.1 per cent compared with April last year, and down 6.3 per cent YTD. In other areas of the top 10, Mitsubishi appears to have taken a tumble, down to fifth spot after a great couple of months near the top, while Subaru sneaks into the 10th position for April. See below for the top 10 best-selling car brands for April 2019:

In terms of the best-selling car models, the unstoppable Toyota HiLux leads the way. But check out the rest of the top 10. Just four are passenger cars, while the rest are either SUVs or utes. We see the Isuzu D-Max has slipped into the top 10 just as the new model arrives, while the Kia Cerato is moving its way up the leaderboard. The top 10 best-selling vehicle models for April 2019 were as follows: 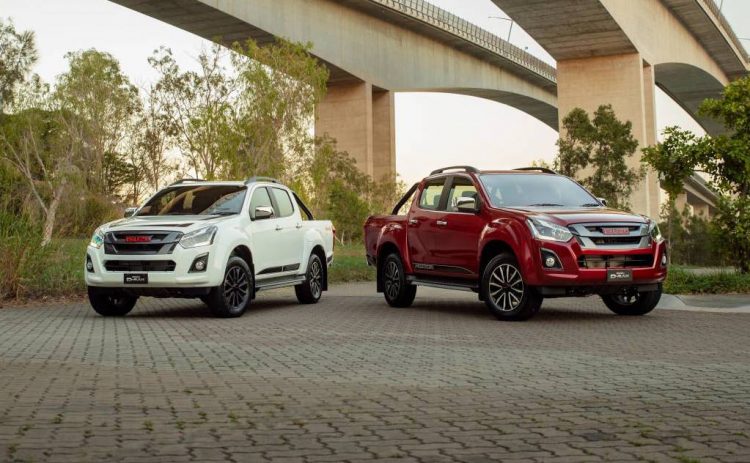 Small Cars under $40,000 – Mazda should start to consistently overtake its arch rival Toyota Corolla, as the all-new Mazda3 has just arrived. It surpassed the Corolla in March but has since dropped back. The new Kia Cerato is still going strong following its recent launch, and its sales are actually up 10.4 per cent YTD compared with many others that are reporting drops. For example, Corolla sales are down 23.1 per cent YTD and Mazda3 sales are down 7.6 per cent. The top 10 best-selling small cars in April 2019 were as follows:

Medium Cars under $60,000 – Into the conservative mid-sizers, and its the Toyota Camry that is obviously the favourite. The class overall isn’t shaping up quite so well though, with segment sales down 12.3 per cent YTD. The Camry (up 8.6 per cent), Hyundai Sonata (up 5.7 per cent), and Mazda6 (up 4.3 per cent) are the only models reporting an increase in YTD figures. The top five best-selling models in this class for April were as follows:

Medium Cars over $60,000 – Luxury sedan sales are led by the Mercedes C-Class here, with no signs of slowing down. The all-new BMW 3 Series doesn’t seem to be catching up, and in fact the Audi A4 isn’t far behind. The segment overall is reporting an 11.8 per cent drop in sales YTD, perhaps evidence of the market shifting to SUVs. The top five best-selling vehicles in this segment during April were as follows: 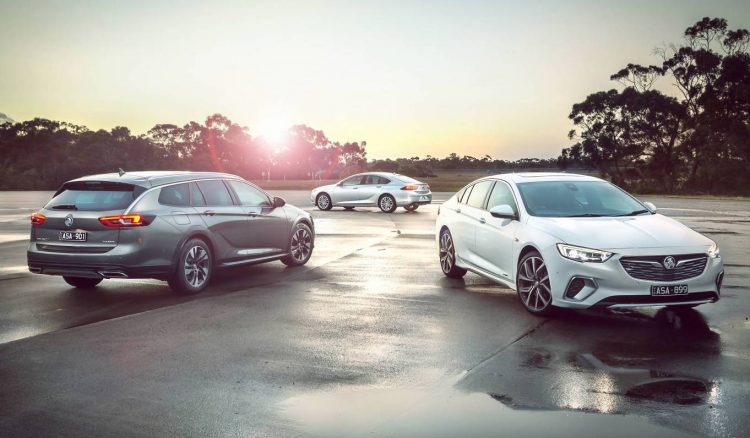 Large Cars under $70,000 – Over in the larger classes, the entry level sedans continue to be topped by the Holden Commodore. It is, surprisingly, hanging on quite reasonably considering it is no longer an Aussie-made car, and considering the market trends. The segment overall is reporting a 29.7 per cent drop in sales across YTD. The top five best-selling vehicles in this segment for April were as follows:

Large Cars over $70,000 – Shifting up a price bracket and we see the BMW 5 Series overtakes the Mercedes E-Class for the month. 5 Series sales are actually up 67.8 per cent YTD, while arch rival Mercedes-Benz E-Class sales are sitting on the fence with 0 per cent change YTD. Overall YTD figures put the 5 Series just in front, with 480 sales collectively so far this year, against 471 sales of the E-Class. All other competitors sit with much lower numbers. The top five best-selling vehicles in this class in April were as follows:

Sports Car under $80,000 – Over in the fun stuff, the entry level sports car market is led by the Ford Mustang. Sales for it are down an alarming 39.7 per cent YTD, however, this segment overall is also posting a 31.1 per cent drop in YTD figures. The runner-up is the BMW 2 Series, which is reporting a 39.7 per cent drop in YTD figures, followed by the Toyota 86, which is down 46.3 per cent YTD. The top five best-selling vehicles in this category for April were as follows: 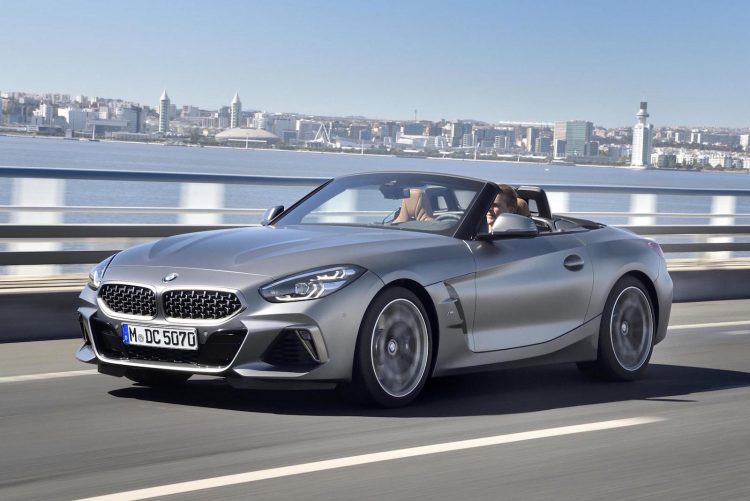 Sport Cars over $80,000 – Getting into the premium side, the more serious spenders are flocking to the Mercedes C-Class two-door. It is clearly the favourite, and the figures are up 34.8 per cent YTD. No rival gets close, except its in-house buddy, the E-Class two-door. Its figure is down 12.3 per cent YTD. We see the new BMW Z4 makes its return to the market. These numbers are likely to account for the first lot of cars to arrive in the country. The top five best-selling models in this segment for April were as follows:

Sport Cars over $200,000 – At the top end of town, the Porsche 911 continues to prove it is king. Sales of the iconic sports car are down just 2.1 per cent, while the market segment overall is reporting a 9.9 per cent drop in sales YTD. Aston Martin is also showing promise in terms of positioning for the month, but its sales are down 14 per cent YTD. New BMW 8 Series registrations continue along at the same rate as the previous month, reporting 10 units each time. The top five best-selling vehicles in the class during April 2019 were as follows: 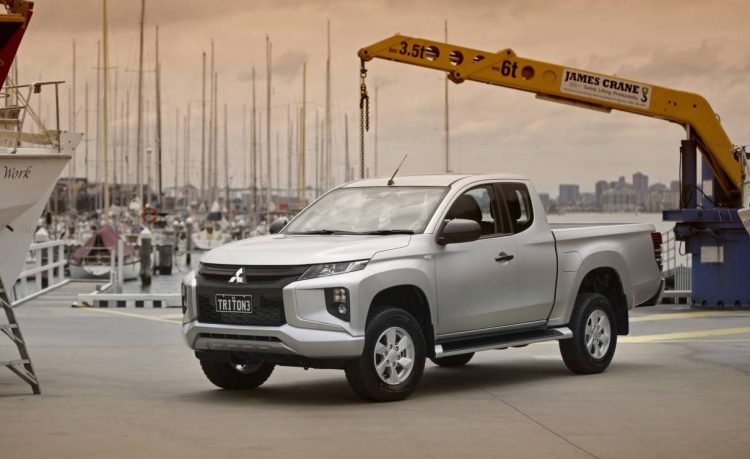 Combined 4×2 and 4×4 ute – The ute is fast-becoming the family car of choice for many, many buyers. And the numbers certainly prove that. Toyota HiLux sales during April surpassed the total segment sales of both mid-size and large sedan classes (non-premium) put together. That includes all Camry, Commodore, and Mazda6 sales. And it’s not just the HiLux. Ford Ranger sales are right behind it, and others are following. The top 10 best-selling utes (4×2 and 4×4 combined – excludes LandCruiser) for April were as follows:

Interesting movers across all SUV classes include the Hyundai Kona moving into second spot in its class, while the Toyota RAV4 and Hyundai Tucson move back into the top three in the respective segment after missing out in the previous month. In the premium classes, the Volvo XC60 shifts into third spot, and the Lexus RX moves into third spot in its respective segment. The top three best-selling SUVs in all segments for April 2019 were as follows:

Total new vehicle sales in Australia in March were up on February figures. During April, Australian consumers bought 75,550 vehicles according to VFACTS, compared with 99,442 in March. Overall sales for the month are down 8.9 per cent, and down 8.1 per cent year-to-date.