We’re getting down to the pointy end of the year now, which means we can start to piece together what will likely be the most popular new vehicles for 2019. Let’s take a look at the October 2019 VFACTS figures, which have just been released today, revealing new vehicle registrations in Australia for the month. 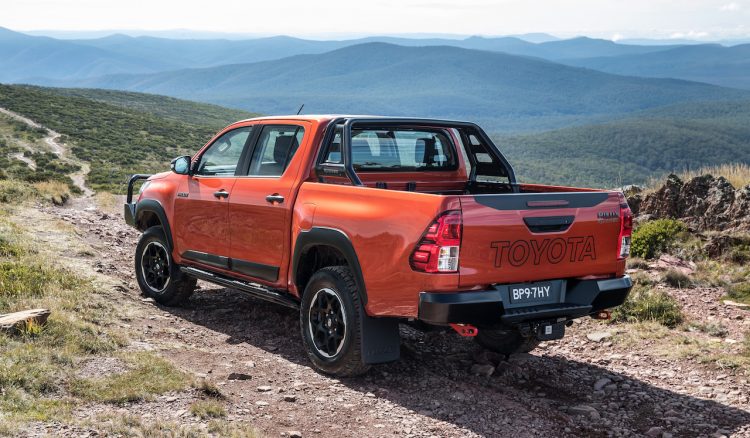 At the top of the brands hierarchy, Toyota still dominates the industry by a big margin. However, as with recent months, even it is feeling the pressure of the industry downturn. Its year-to-date (YTD) figure is down 6.2 per cent. The closest rival for October was Hyundai, jumping from fourth spot in September to second spot. Its YTD figure is down 8.2 per cent.

In other areas of the top 10, Mitsubishi falls from second spot in September to sixth spot in October, leaving Mazda to swoop into third spot. Kia also moved up to fourth place, while Holden is back in the top 10 in the final position. See below for the top 10 best-selling car brands in October 2019:

As for the best-selling models, the Toyota HiLux continues to perch atop the mountain. The Ford Ranger isn’t far behind, as usual, and then the Hyundai i30 continues to lead the passenger car sector. Surprisingly, the Toyota RAV4 jumps into fourth place. There have been production holdups with the new RAV4, mainly due to suppliers of the electrical components for the hybrid versions, but for the month of October at least it looks like there might be some production relief.

Interestingly, the Kia Cerato sits in sixth place while the Mazda3, which was a front-runner not that long ago, has slipped right out of the top 10 list. Mazda CX-5 sales are also being overtaken by the RAV4 in the SUV market. The top 10 best-selling vehicle models for October 2019 were as follows: 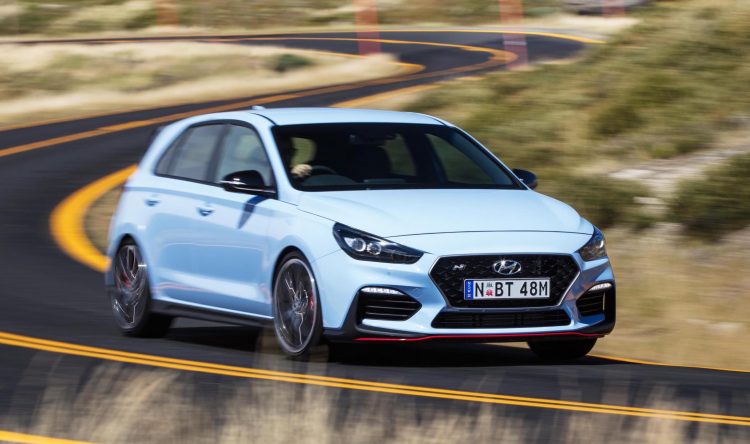 Small Cars under $40,000 – Hyundai is going very strong with the i30, despite both Toyota and Mazda offering newer packages. In saying that, Hyundai is the only one of the three brands to offer sporty variant and even a proper hot hatch variant. Toyota remains in the lead in terms of accumulated figures for the year, with 25,462 units versus 24,104 units for the i30. Hyundai’s YTD figure is up 0.3 per cent while the Corolla is experiencing a 16.1 per cent drop.

Small Cars over $40,000 – In the entry premium class, we see the Audi A3 has moved into top position for the month. Although, the Mercedes A-Class isn’t far behind. BMW’s new 1 Series has just hit the market which could shake up this segment a bit in the coming months. Overall sales in this class are down 14 per cent YTD. The top five best-selling vehicles in this segment during October 2019 were as follows:

Medium Cars under $60,000 – Toyota Camry sales bounced up this month, almost putting it back into the top 10 overall list. Its YTD figure is up 6.5 per cent, against the segment’s downturn of 12 per cent across the first ten months of the year. The top five best-selling models in this segment for October 2019 were as follows: 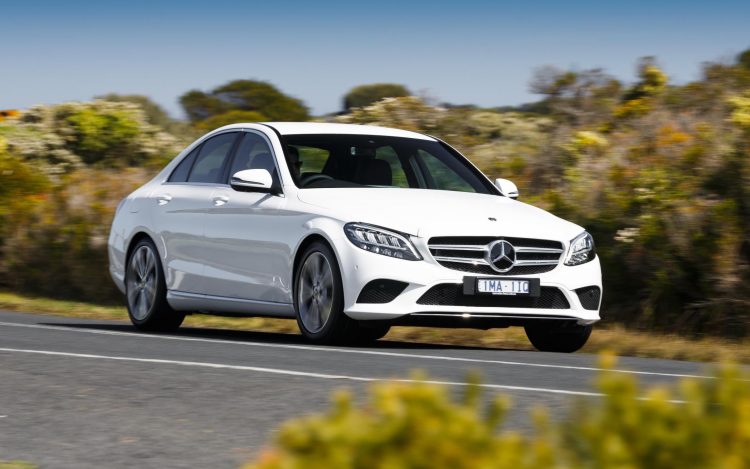 Medium Cars over $60,000 – In the premium mid-sizer class, there’s no surprises here. Mercedes C-Class sales continue in front by a decent margin. The seemingly unstoppable machine is reporting an impressive 37.1 per cent increase in YTD figures, despite the segment overall returning a fall of 5.8 per cent. BMW 3 Series sales place it into second spot, although its YTD figure is down 6.3 per cent. This is interesting considering we’re now in the all-new model of the 3 Series, while the C-Class hasn’t had a major update since 2014.

Rounding out the top three is the Mercedes CLA, but its YTD figure is on a big drop of 54.6 per cent, largely due to a reduced lineup for the latest model. The top five best-selling vehicles in this segment in Australia during October 2019 were as follows:

Large Cars under $70,000 – Over in the dwindling, nursing home that is the large sedan/wagon class, we see the Holden Commodore is the only model holding onto the last threads. Even with the arrival of the new Peugeot 508, the market just doesn’t seem interested in this segment anymore. Overall class sales are down 28.7 per cent YTD, with only these four models reporting sales:

Large Cars over $70,000 – Business class buyers continue to flock to the Mercedes E-Class, following its smaller brother for segment dominance. BMW 5 Series sales aren’t too far behind for the month of October. Overall segment sales are down 13.4 per cent YTD. The top five best-selling vehicles in this segment during October 2019 were as follows:

Sports Car under $80,000 – Into the fun stuff, and we see the Ford Mustang continues its lead. However, YTD figures are down 31 per cent for the muscle car, with its lead getting smaller and smaller by the month. BMW 2 Series sales aren’t really catching up, but the gap is narrowing. Year-to-date figures for the 2 Series are down 30 per cent, while overall segment sales across the first ten months are down 31.8 per cent. Hyundai’s new Veloster is showing promise, moving into second position for the month of October. The top five best-selling vehicles in this class for October 2019 were as follows: 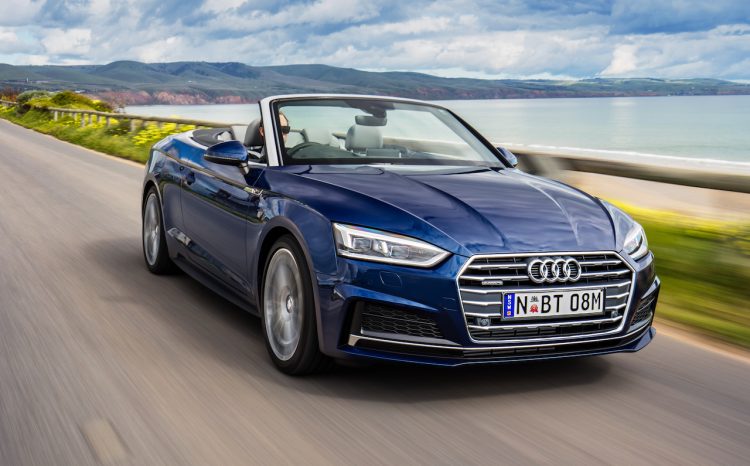 Sport Cars over $80,000 – Higher-end buyers continue to choose the Mercedes C-Class two-door above anything else. Again, we find this strange considering many rivals now offer newer and more advanced models. The Audi A5, for example, underwent a major update in 2017 while the C-Class has been around in essentially the same form since 2014-2015. Audi A5 sales were on the rise for October, however, the all-new Toyota GR Supra retained its second-place position. Overall class sales are up 5.6 per cent YTD. The top five best-selling models in this segment for October 2019 were as follows:

Sport Cars over $200,000 – At the top end of the sports car market the mighty Porsche 911 remains the king. Ferrari sales are still going strong, however, and in fact its YTD figure is actually up 14.7 per cent against the 911’s YTD number which is down 1.9 per cent. Overall class sales are down 9.2 per cent. The top five best-selling vehicles in the class during October 2019 were as follows:

Combined 4×2 and 4×4 ute – Toyota obviously leads the way in this field, with no sign of slowing down. Further down the list though the Holden Colorado has moved up into third spot from fifth in September, leaving the Triton with fourth. The top 10 best-selling utes (4×2 and 4×4 combined – excludes LandCruiser) for October 2019 were as follows: 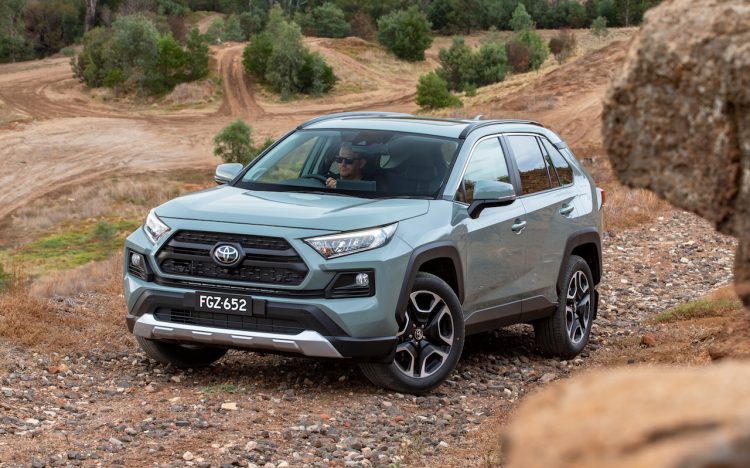 SUVs remain a prominent player in the market, and its the Toyota RAV4 that led the way in October. The Mazda CX-5 is still in the lead for overall YTD figures though, with 21,976 (down 0.9 per cent) against 19,732 RAV4s (up 6.7 per cent). Using the YTD as a trajectory, the RAV4 could technically overtake the CX-5 to become the most popular SUV of the year this year. But it’ll have to keep up a strong lead over the remaining two months.

The Mercedes-Benz GLC was the best-selling premium SUV during October, followed by the Audi Q5. BMW’s new X1 came across the line as the most popular in the small premium class.

The top three best-selling SUVs in all segments for October 2019 were as follows:

Total new vehicle sales in Australia in October were down on September figures. During October, Australian consumers bought 82,456 vehicles according to VFACTS, compared with 88,181 in September 2019. Overall sales for the month of October are down 9.1 per cent compared with October 2018, and down 8.0 per cent year-to-date.