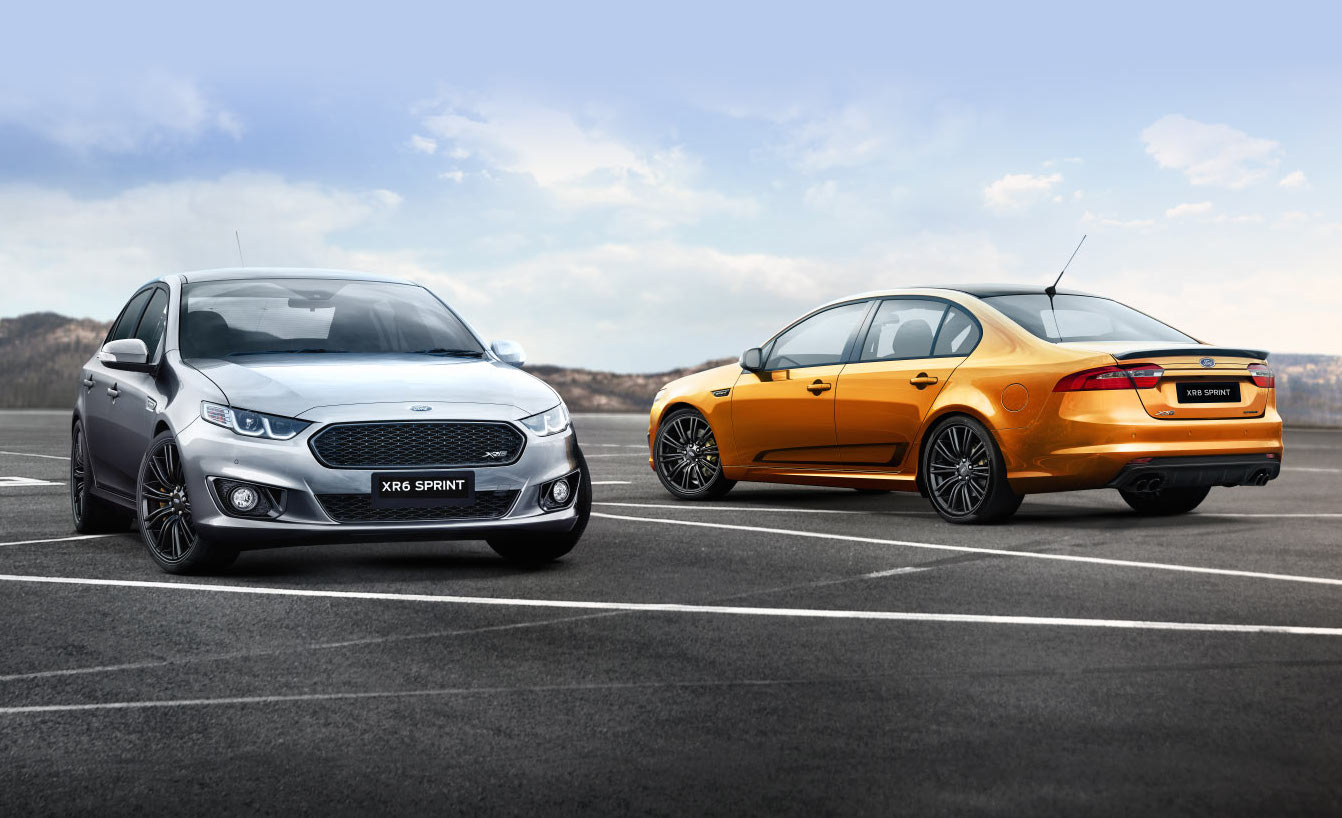 Ford Australia has opened up a dedicated website for the new 2016 Falcon XR6 Sprint and XR8 Sprint special editions. It includes a full compilation of images, showing various details for the first time. 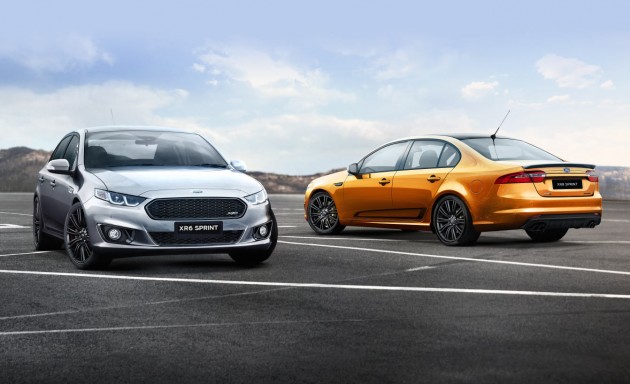 There isn’t much more we need to know in terms of specifications and details, with Ford releasing preliminary details last week and then some leaked information surfaced earlier today.

As confirmed earlier today, the XR8 Sprint will come with Pirelli P-Zero tyres and not the usual Dunlops, measuring 245/35 on the front and 265/35 on the rear. It also gets firmer “S Spec” sports suspension with updated spring rates and increased damper rebound.

The site confirms the XR6 Sprint with its 325kW turbo inline six will come with a “tailor-made” launch control system paired with the six-speed auto (no manual option, only XR8). It also gets Pirelli tyres and the firmer suspension as mentioned above, along with a “re-engineered engine, complete with a larger turbcharger, intercooler, and injectors”.

Separating the two in terms of specification, other than the engine, is the audio unit. In the XR6 Sprint there’s a “Prestige” setup with six speakers, while the XR8 Sprint gets a “Premium setup with nine speakers and a sub-woofer. On the outside the XR8 Sprint gets black side mirrors and a black roof, and quad outlet exhausts.

Ford Australia is expected to make a formal announcement along with releasing more images early tomorrow. We’ll keep you updated and update this report with more info soon.

More details can be found at the special website found here: http://www.ford.com.au/cars/falcon-sprint

UPDATE: Ford Australia has confirmed the special editions will hit showrooms in May, while confirming the S Spec suspension, and the engine output figures, as below: