A special edition Maserati has been unveiled at the 2014 Paris Motor Show, called the Ghibli Ermenegildo Zegna Edition. It’s designed as an evolution of the partnership between the Trident emblem manufacturer and the Trivero-based Maison. 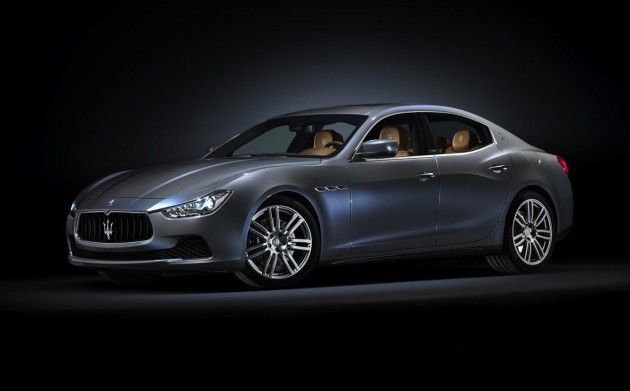 Based on the new Ghibli S, the Ermenegildo Zegna Edition features a unique tri-coated Azzurro Astro exterior colour that Maserati says adds depth, shine and iridescence, with bright blue seen from some angles and ash grey in darker scenes. To complement the paint, there’s a set of bespoke 20-inch alloy wheels painted in Liquid Metal.

Inside is given a distinct two-tone theme, with pure silk fabric used for various sections, and leather and Zegna anthracite silk for other areas. Carbon fibre is also used for the centre tunnel and door trims. Maserati explains,

“The natural colour leather of POLTRONA FRAU is matched with Ermenegildo Zegna’s micro-chevron silk weave, in a pattern effectively characterising the interior. Silk, an inherently sophisticated material, is further embellished by the hand-stitched macro-chevron pattern and finished off by the seat piping.”

Other interior highlights include black mats with leather inserts and Ghibli embroidery. These are fixed to the floor with exquisite buttons that are machined from billets of aluminium. There’s also machined sill plates that have the Maserati named etched into them with carbon fibre inserts.

The special colours and interior trim are intended to be a first milestone for Maserati’s revitalised future product lineup, giving us a preview of the kind of options and exclusivity that could be offered in the near future. 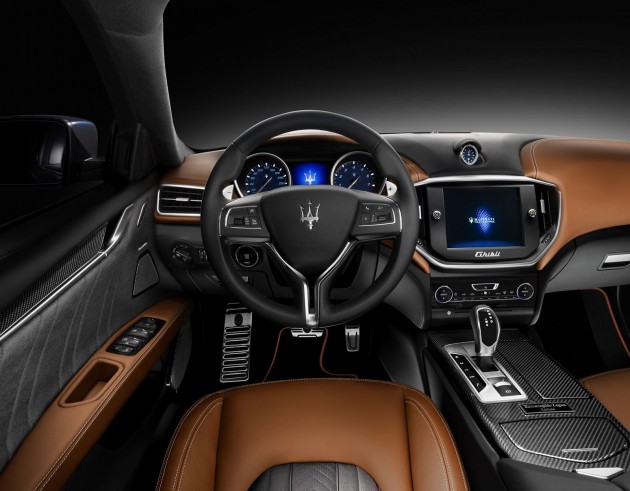