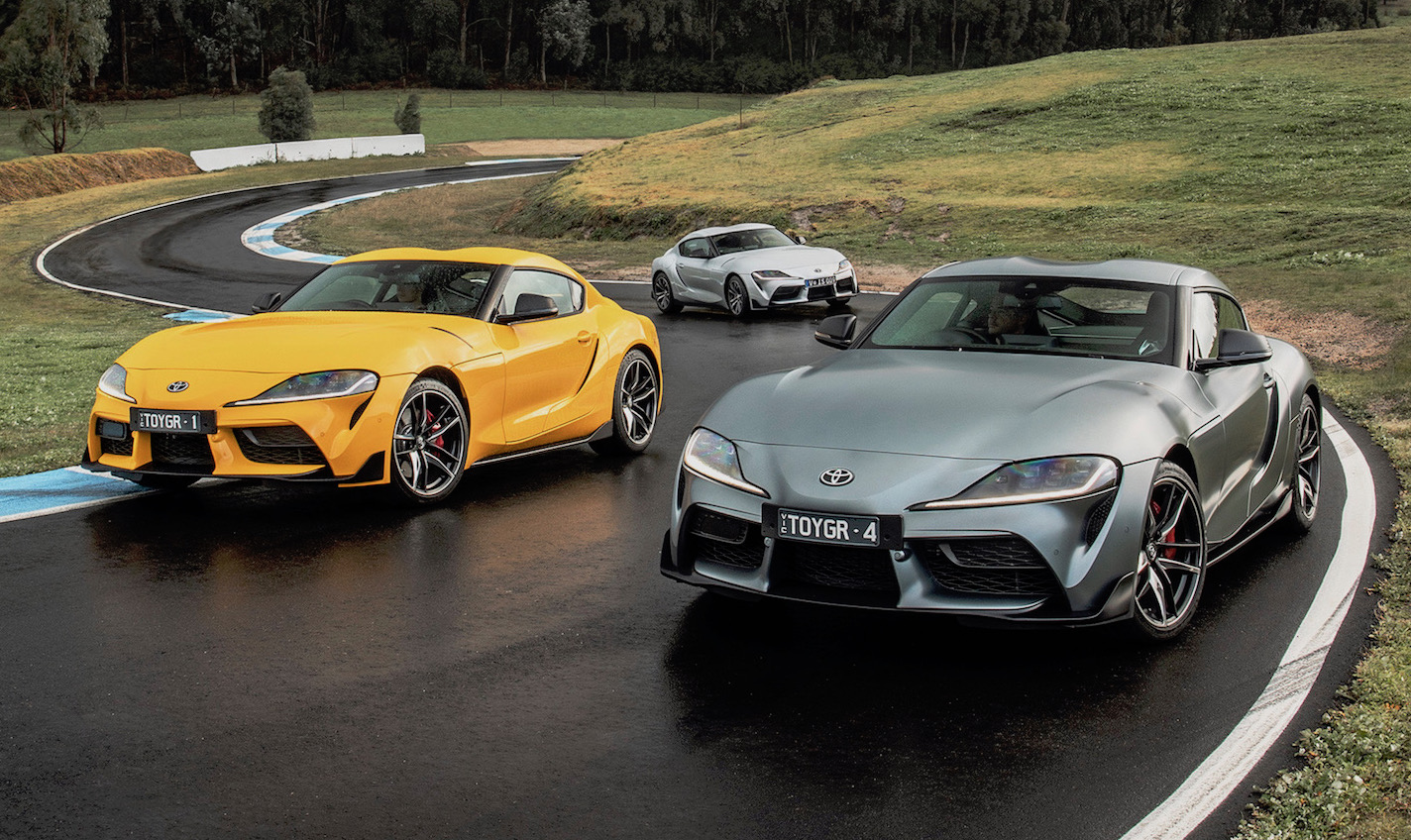 It’s that time of the month again. The Federal Chamber of Automotive Industries has released the September 2019 VFACTS figures for new vehicle registrations, giving us a detailed look at how the new car market is travelling and what models are the most popular. 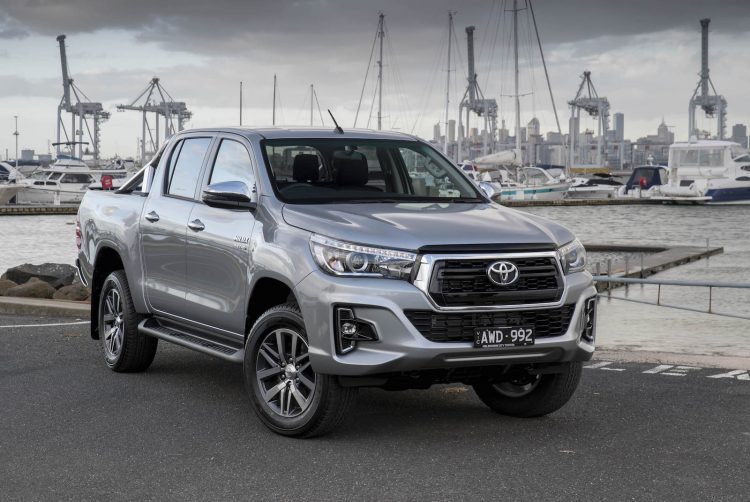 Firstly, we see the overall market is starting to recover a little bit after reporting downturn after downturn in monthly sales this year. For the first nine months of the year, sales are down 7.9 per cent compared with the same period last year. That’s a slight improvement from negative 8.0 per cent in August.

As for the top-performing brands, Toyota of course dominates the charts once again. However, even it is experiencing the pain of the market’s unwillingness to buy new cars compared with last year. Its monthly figure is down 12.8 per cent compared with September 2018, and down 6.3 per cent year-to-date (YTD). The overall figure for the month is still miles ahead of any competition, though.

We see there has been some shuffling about in the top 10 list. Mitsubishi has moved up to second spot for the month, overtaking Mazda, while Kia moves up into fifth spot. Holden has unfortunately been pushed off the list, with Honda reporting higher figures. See below for the top 10 best-selling car brands in September 2019:

At the top for the best-selling vehicle models, it’s the HiLux once again. Further down the top 10 are a number of movements however. The Mazda3, once a top-runner, has been pushed out of the top 10 completely, while the Kia Cerato moves up into seventh. The Mitsubishi Triton also scored high figures, enough to land in third overall, and the ASX posted impressive numbers. The top 10 best-selling vehicle models for September 2019 were as follows:

Small Cars under $40,000 – Here we see the Hyundai i30 has overtaken the usual suspects, coming in as a bit of an underdog for the month. Hyundai i30 sales are down only 0.3 per cent YTD, almost going against the market trend, while the Corolla’s figures are down 15.7 per cent, and the Mazda3’s YTD figure is down 14.5 per cent. Kia Cerato sales are the most impressive though, up 14.1 per cent YTD. This market segment is reporting a 17.9 per cent drop in sales YTD. The top 10 best-selling small cars in September 2019 were as follows: 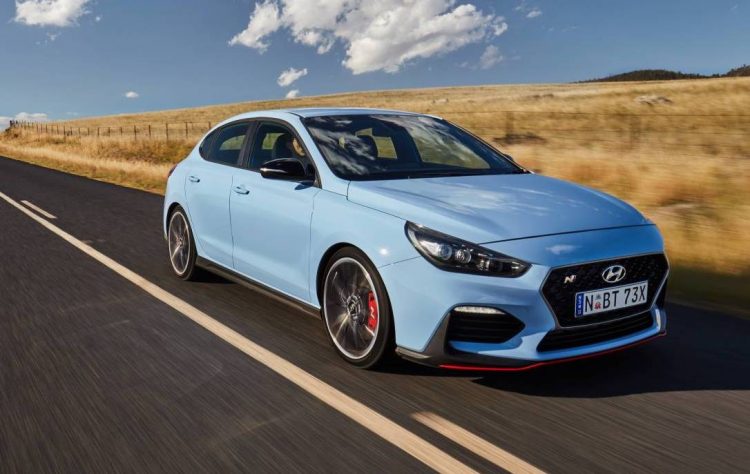 Small Cars over $40,000 – Moving into the premium stuff, the Mercedes A-Class continues as the favourite. However, the Audi A3 is right on its tail for September. We suspect this class will be shaken up a bit with the arrival of the all-new BMW 1 Series as well, which arrives late this year. Overall sales in this class are down 13.7 per cent YTD. The top five best-selling vehicles in this segment during September 2019 were as follows:

Medium Cars under $60,000 – Into the taxi zone, the Toyota Camry keeps kicking goals here. It’s pretty much holding the segment alive. Even though YTD figures are down 13.6 per cent for the class, Camry sales are up 3.9 per cent. The top five best-selling models in this segment for September 2019 were as follows:

Medium Cars over $60,000 – Premium mid-size buyers continue to flock to the Mercedes C-Class, quite clearly. The C-Class more than doubled the sales of its nearest competitor, the 3 Series. Overall segment sales are down 9.4 per cent YTD, but C-Class figures are up a whopping 28.2 per cent. The top five best-selling vehicles in this segment in Australia during September 2019 were as follows: 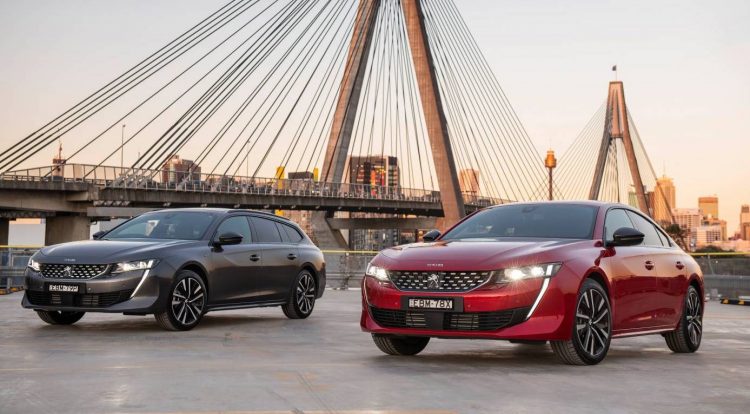 Large Cars under $70,000 – This poor old segment is experiencing some obvious decline, mostly because buyers are turning to SUVs and utes for a more adventurous product. However, the Holden Commodore continues to post even figures here. The new Peugeot 508 might help liven up the segment in the months to come. Overall segment sales are down 29 per cent YTD. Only four vehicles register figures in this class. This is how they performed during September 2019:

Large Cars over $70,000 – Executive class vehicles are shaping up a bit better, with segment sales down 13.5 per cent YTD. The favourite during September was the Mercedes E-Class, followed by arch rival BMW 5 Series. The top five best-selling vehicles in this segment during September 2019 were as follows:

Sports Car under $80,000 – Into the entry level sports cars and we see the Ford Mustang overshadows everything. However, its figures are down 27.1 per cent YTD, although, that’s against the segment’s overall downturn of 30.4 per cent YTD. The new Hyundai Veloster jumps onto the board and is expected to post some increases over the coming months thanks to the arrival of the all-new model. The top five best-selling vehicles in this segment for September 2019 were as follows: 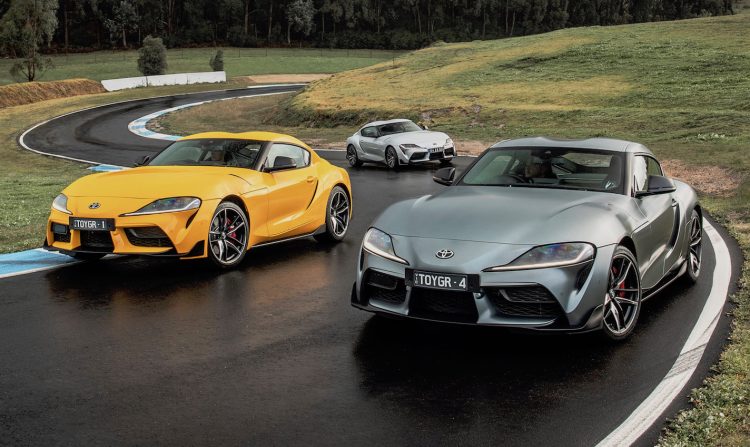 Sport Cars over $80,000 – In the more serious stuff, the Mercedes C-Class two-door continues as the most popular. However, the all-new Toyota Supra has jumped onto the board for the first time and is expected to post some very interesting figures going forward. Overall segment sales are up 3.6 per cent YTD. The top five best-selling models in this class for September 2019 were as follows:

Sport Cars over $200,000 – High-rollers seem to fancy the Porsche 911 the most, with sales of the iconic German sports car up 0.2 per cent YTD. Ferrari is still a very popular one though, with its YTD figure up 21.3 per cent. Overall segment sales are down 7.5 per cent YTD. The top five best-selling vehicles in the class during September 2019 were as follows:

Combined 4×2 and 4×4 ute – Mitsubishi’s latest Triton is really paying off for the brand, consistently positioning itself as the third favourite here. We see the Isuzu D-Max is doing very well too, moving up into fourth position for the month, overtaking the Colorado. The rest of the top 10 remained in the same standings as August. The top 10 best-selling utes (4×2 and 4×4 combined – excludes LandCruiser) for September 2019 were as follows: 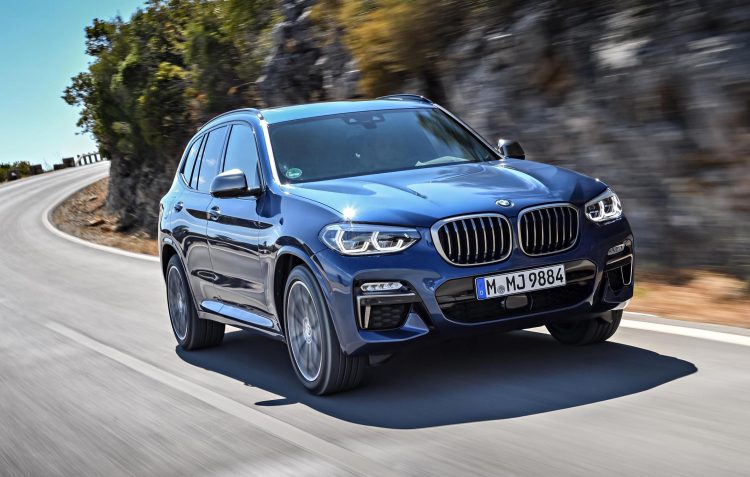 Over in the ever-trending SUVs, the Mazda CX-5 has reclaimed its title as best-selling SUV overall after the Toyota RAV4 swiped it away during August. These two are running very close across YTD, with 20,268 sales versus 17,600, respectively. RAV4 sales are up 4.0 per cent YTD and CX-5 sales are up just 0.4 per cent. It’ll be a close finish by the end of the year we reckon.

The BMW X3 was the best-selling premium SUV during September, followed by the BMW X5. Volvo’s XC40 came across the line as the most popular in the small premium class. The mid-size premium SUV class reported the highest overall figure for the month for premium SUVs, with 2971 sales in total.

The top three best-selling SUVs in all segments for September 2019 were as follows:

Total new vehicle sales in Australia in September were up on August figures. During September, Australian consumers bought 88,181 vehicles according to VFACTS, compared with 85,633 in August 2019. Overall sales for the month of September are down 6.9 per cent compared with September 2018, and down 7.9 per cent year-to-date.