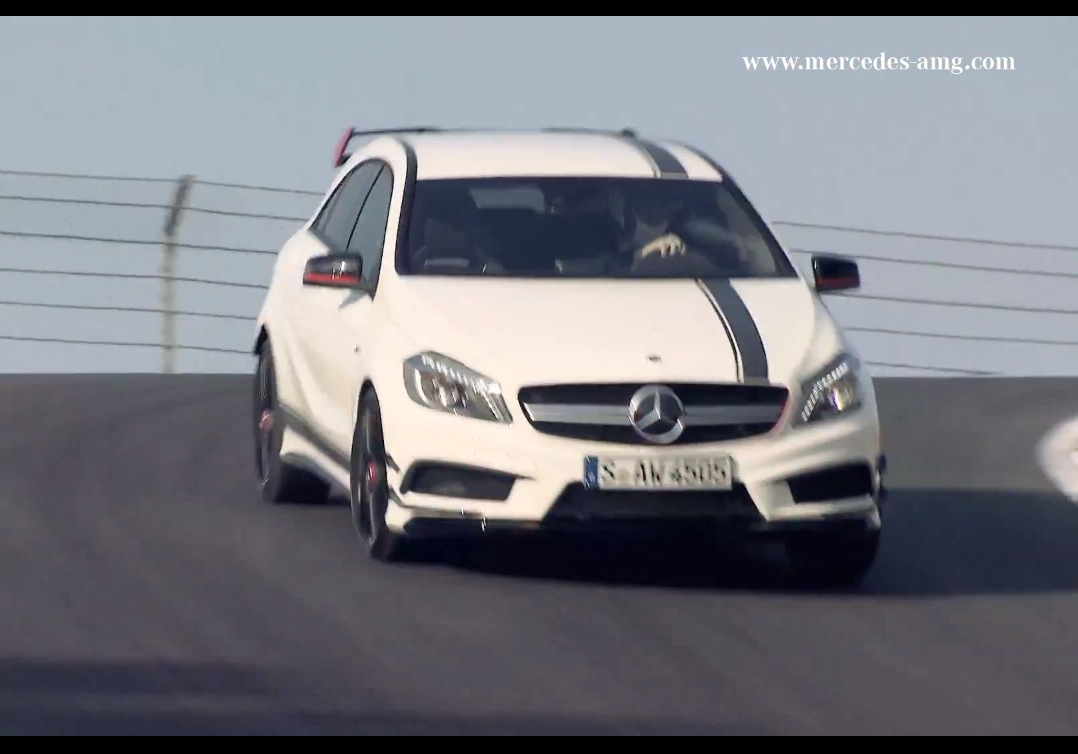 Mercedes-Benz has released a video of the mighty A 45 AMG being driven by Mercedes F1 driver Lewis Hamilton. Although the video is rather cheesy, it does provide a first taste of what the cracking engine sounds like under full throttle. 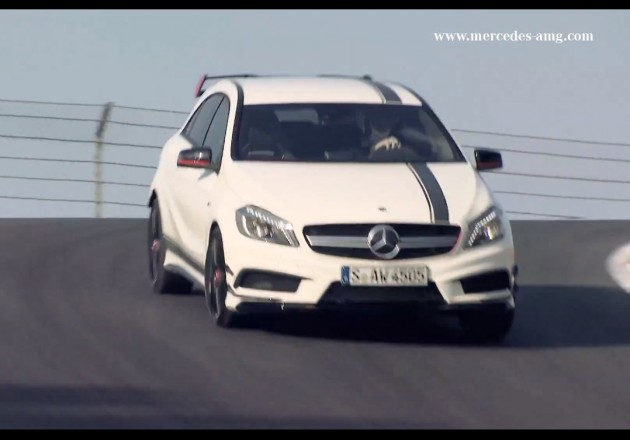 The Mercedes-Benz A 45 AMG will enter the market not only as an extremely potent small performance car, it also holds the title as the most powerful 2.0-litre four-cylinder production car ever made.

Fiery anger comes in the form of a 2.0-litre heavily turbocharged four-cylinder producing an astonishing 265kW of power and 450Nm of torque. Matched up to a seven-speed dual-clutch auto transmission, power is fed into an all-wheel drive system for maximum traction.

As you might have predicted, the A 45 AMG will become the quickest hot hatch on the market, offering 0-100km/h acceleration in a supercar-like 4.6 seconds. With the A 250 already offering excellent performance, the AMG version is expected to be a very popular model for Mercedes-Benz.

Market entry in Australia will take place in September. Prices will start at a very reasonable $74,900.

Hamilton was obviously paid to star in the video, and say the nice things he says, but nonetheless, it looks like it’s going to be an awesome little car. Click play below for a preview.