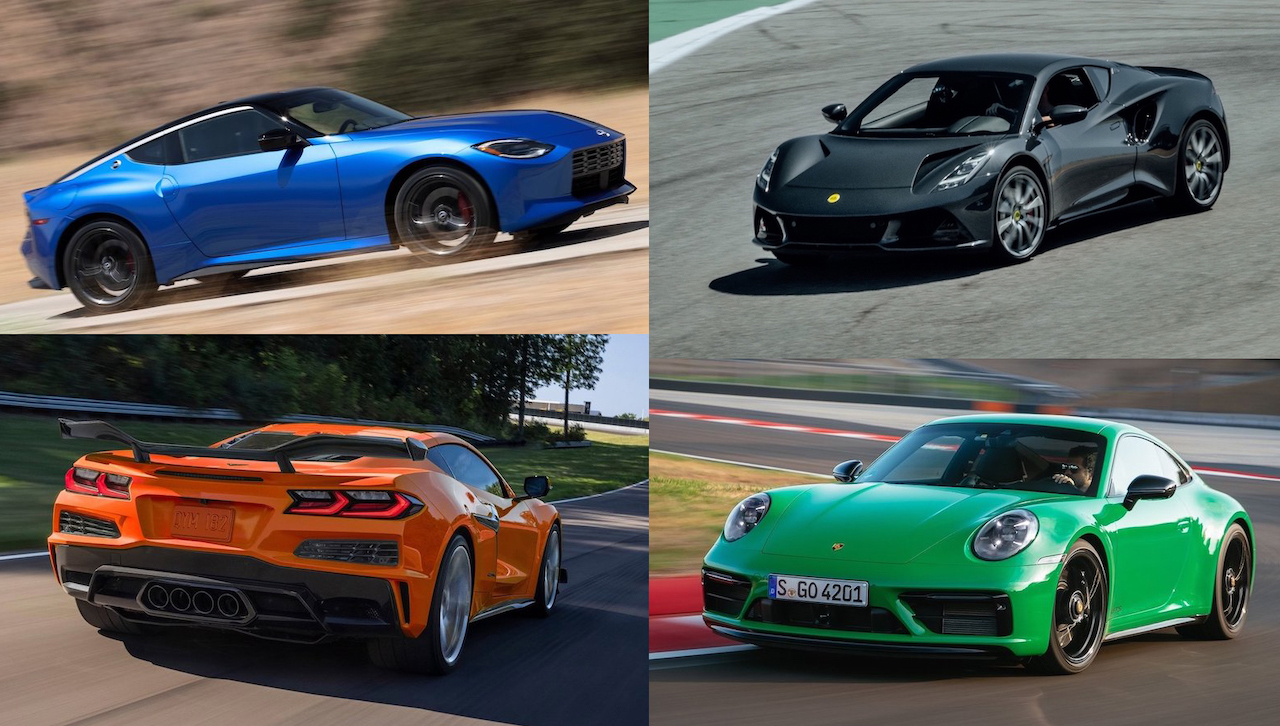 While it might seem like all the major manufacturers out there are channelling their money toward family-friendly crossovers and SUVs, there’s no need for despair. Sports cars might not be the most profitable part of a manufacturer’s bottom line, but they are, for a number of brands, an absolutely essential part of their DNA that they’re not planning on abandoning any time soon.

With that in mind, let’s take a look at what we think are the top 10 best sports (and sporty) cars making their way to Australia in 2022. Of course, you don’t need a six-digit price tag to be classified as a sports car, which is why we’ve included a variety of models that we’re all looking forward to.

We’ve organised our list in terms of when we can expect to see them arrive in Australia, rather than ranking their perceived fire-breathing nature. Check out them out below – we’ve put links in the titles to take you to our recent stories for more information on each car. All prices mentioned exclude on-road costs. 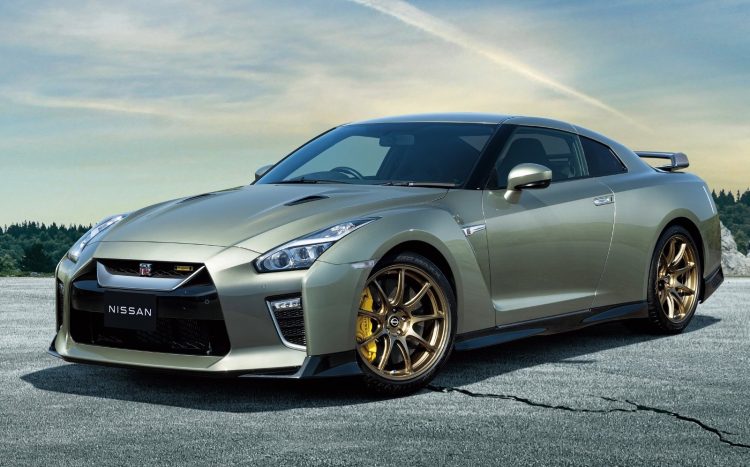 With the R35 Nissan GT-R leaving Australian showrooms after failing the latest set of Australian Design Rules compliance measures, Nissan has created a special-edition swansong for the fan-favourite supercar. To celebrate the legacy of the R35, Nissan is introducing two new GT-R variants for 2022, with the T-Spec and Nismo SV, set to arrive early in 2022.

The new T-Spec doesn’t feature any engine updates, leaving the 3.8 twin-turbo V6 with 419kW/632Nm, but it does come with special forged wheels, hiding carbon ceramic brakes. As for the hypo Nismo SV, it is the ultimate expression of Nissan performance, introducing a hardcore carbon fibre bonnet, 20-inch forged wheels by RAYS, and the uprated brakes from the T-Spec. Prices start from $256,700 for the T-Spec and from $393,800 for the Nismo SV. They are on sale now. 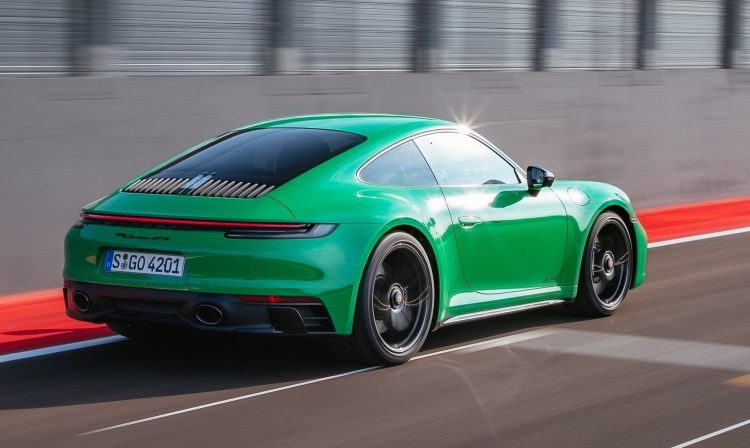 The early stages of 2022 will see the introduction of the latest generation 992 series Porsche 911 GTS, which adds even more power and hardware updates, as well as some unique finishes for the bodywork and interior. The revised version of Porsche’s 3.0-litre flat-six retains two turbochargers for a total output of 353kW/570Nm, up from 331kW/530Nm in the Carrera S, with rear-wheel drive and a seven-speed manual or eight-speed PDK transmission. Acceleration from 0-100km/h takes just 3.3 seconds.

The GTS is set to receive some pretty significant hardware updates too, in the form of the majority of the 911 Turbo’s brake system, suspension components, as well as the Porsche Active Suspension Management (PASM) system with adaptive dampers. Prices kick off from $314,800 for the coupe and stretch out to $366,900 for the Targa 4 GTS, with first deliveries scheduled to land here in Australia in early 2022. 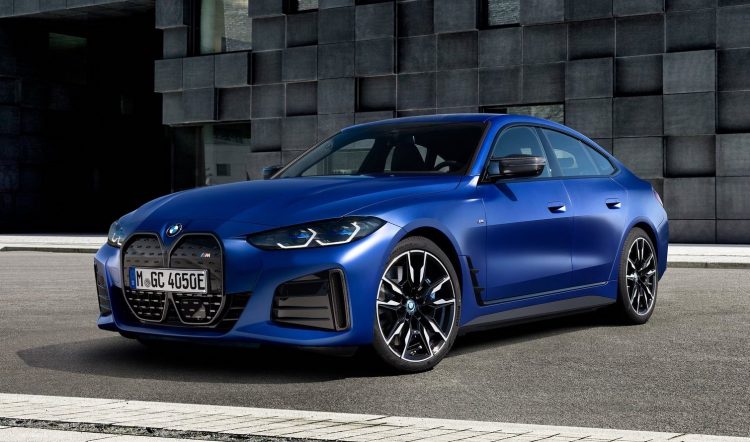 This is a big one, the BMW i4, which is the first example of a purely electric vehicle we’ve seen from the company with sportiness at the forefront of its design. In essence, the i4 is a 4 Series Gran Coupe with an electric powertrain.

The i4 range is set to arrive here in Australia with a choice of two powertrains, both receiving a sizeable 84kWh battery. The eDrive40 pushes out 250kW/430Nm to the rear wheels, with a WLTP range of 590km and a 0-100km/h time of 5.7 seconds, while the sportier of the pair, the i4 M50 brings the power figure up to 400kW and a staggering 795Nm from its dual electric motor setup. It does the sprint in 3.9 seconds. 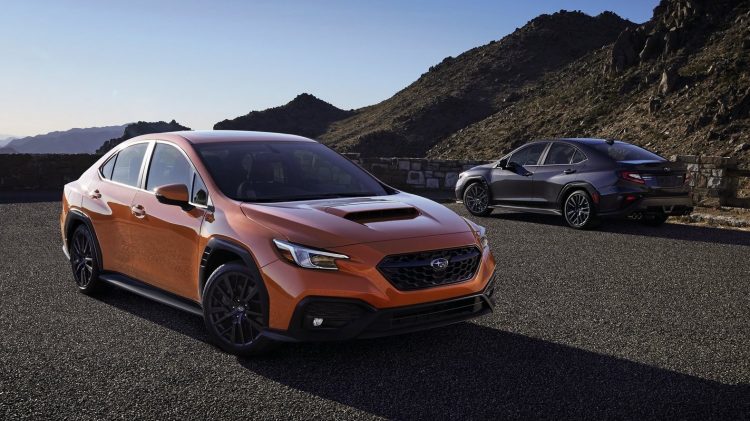 Although it’s technically not a sports car, it is an icon for driving fans. Just over a month ago, Subaru lifted the veil on the all-new WRX which takes an evolutionary rather than revolutionary approach to its styling package, but features a new turbocharged powertrain that will surely keep Australian budget-conscious lovers of speed entertained. At its heart, the 2022 WRX features a 2.4-litre turbocharged four-cylinder throwing 202kW/350Nm to all four wheels (final Aussie specs yet to be confirmed), with a six-speed manual still on the cards for all the lovers of gear shifting. Underpinning the WRX is Subaru’s latest global platform that the company says dramatically increases body rigidity and improves overall dynamics.

The 2022 WRX lineup will be bolstered with the addition of the WRX Sportswagon, which effectively replaces the Levorg in Subaru’s lineup. Described as a wolf in sheep’s clothing, the Sportswagon features the same powertrain, but receives a CVT automatic only rather than the manual. Regardless of the powertrain, the WRX Sportswagon looks set to add some much-needed flair to the world of sleeper family-friendly wagons. The 2022 WRX and Sportswagon are set to arrive here in Australia during the second quarter of 2022. 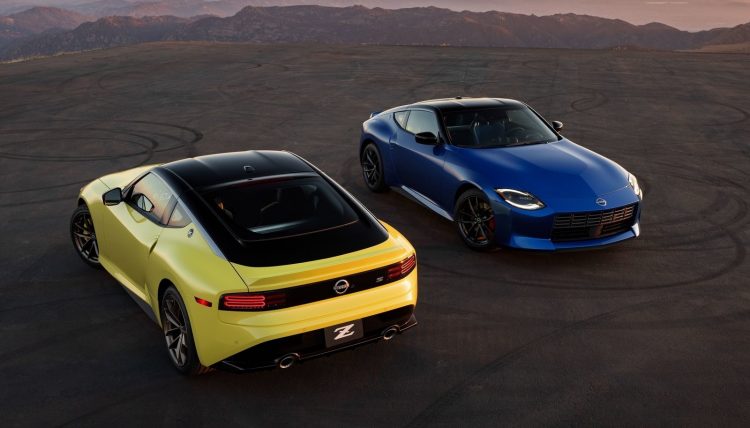 Just a few weeks ago, Nissan gave us a firm timeline of when we can expect to see its all-new and curiously-named ‘Z’ car here in Australia, with the first deliveries expected to touch down in the middle of 2022. The seventh-generation Nissan Z coupe replaces the 370Z that has had an extremely long sales period after being introduced in 2009, receiving a facelift in 2013, as well as a high-performance Nismo variant in 2018.

The Z Coupe is powered by a 3.0-litre twin-turbocharged V6 unit that throws 298W/475Nm to the rear wheels via the choice of a six-speed manual with high-performance clutch from Exedy, or a nine-speed automatic. It also receives a mechanical limited-slip differential, as well as a carbon fibre composite tailshaft, culminating in what looks to be an extremely fun Z car. The interior has also received a much-needed upgrade from the 370Z, as well as the addition of more safety equipment as standard.

Nissan is yet to confirm prices for the Z Coupe here in Australia, but will spill the beans closer to the official launch in the middle of 2022. 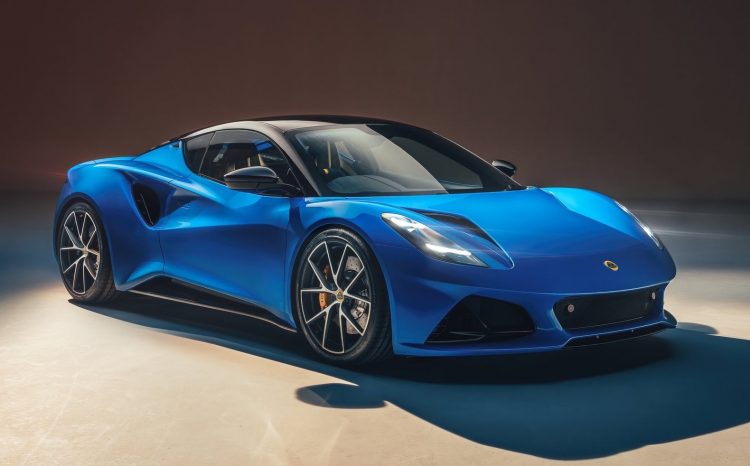 After spending some considerable time in the shadows of the automotive world, Lotus is set to remerge and recapture some of the spotlight in the sports car segment with the introduction of the Emira. The recipe for the Emira is both familiar and futuristic, with Lotus leaning on a lightweight design combined with serious cornering hardware and a supercharged Toyota powertrain. Lotus says the Emira will receive a 3.5-litre petrol V6 paired with an Edelbrock 170 supercharger that brings the power up to 298kW/420Nm, good for a 0-100km/h sprint in 4.3 seconds and a top speed of 290km/h.

To make things even more appealing, the Emira will be followed up by an additional high-performance variant which receives Mercedes-AMG’s famous 2.0-litre turbocharged four-cylinder producing in excess of 268kW. Expect to see the First Edition Emira on Australian streets in the second quarter of 2022, with the AMG-powered variant set for a third quarter arrival. 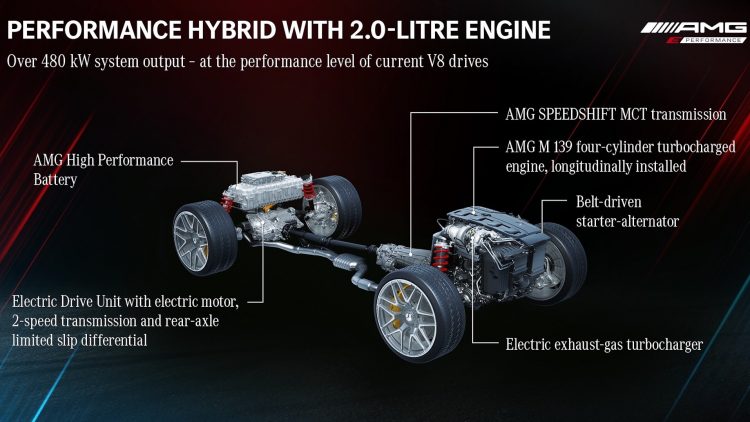 If you’ve been keeping a close eye on the automotive world, you were probably shocked to hear that the next-generation Mercedes-AMG C 63 will see its iconic V8 note replaced by a 2.0-litre turbocharged four-cylinder soundtrack. What might initially sound like sacrilege is actually taking shape as an extremely clever move from Mercedes, as the company – and its performance division, AMG – is forced to meet increasingly stringent emissions rules in the EU and beyond. Mercedes is planning on using the M139 unit taken from the AMG A 45 S, already famous for its record-setting power output for a turbo four, and turning up the crazy even more.

The 2023 Mercedes-AMG C 63 sedan and coupe will launch with a power output of “more than 330kW” from the internal combustion engine alone, paired with a new ‘E Performance’ electric motor setup, combined pushing out “over 480kW”, according to Mercedes. From the look of the initial prototypes racing their way around the Nurburgring, the 2022 C 63 is set to become the world most fierce turbo four-cylinder sedan. Expect to see the W06 Mercedes-AMG C 63 arrive here in Australia some time in the latter part of 2022. 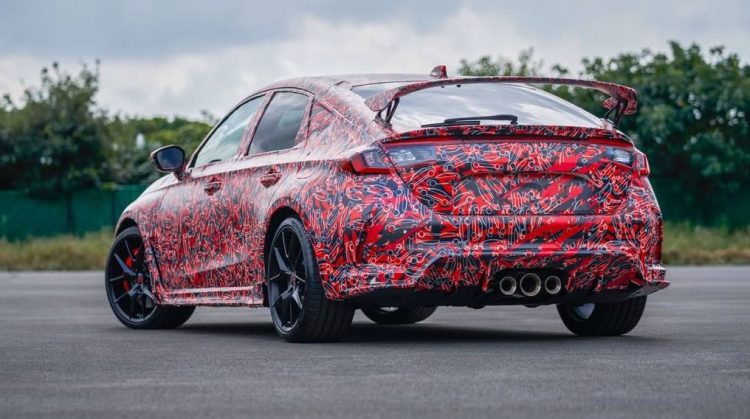 Another addition to the world of affordable sports cars/hot hatches next year is the new-generation Honda Civic Type R. Honda is gearing up for the release of the all-new Civic, which features a more modest styling package, as well as new turbo and hybrid engines joining the lineup. The Civic that we’re waiting for, however, isn’t expected to reach Australian shores until later in 2022.

Camouflaged examples of the 11th-generation Civic Type R have been spotted testing in Europe which show that Honda is sticking with the tradition of packaging the Type R with a massive rear wing. To make things even better, by the look – and sound – of it, Honda has addressed a number of the critiques surrounding the less-than-stellar exhaust note from the outgoing Civic Type R; after all, a hot hatch should have a considerable bark to it.

While Honda is yet to confirm any powertrain details, we do know it will improve upon the 228kW/400Nm figures on offer in the current generation’s 2.0-litre turbocharged VTEC four-cylinder. There have also been some whispers about the possible addition of a hybrid engine for the Type R, however, this remains unconfirmed. 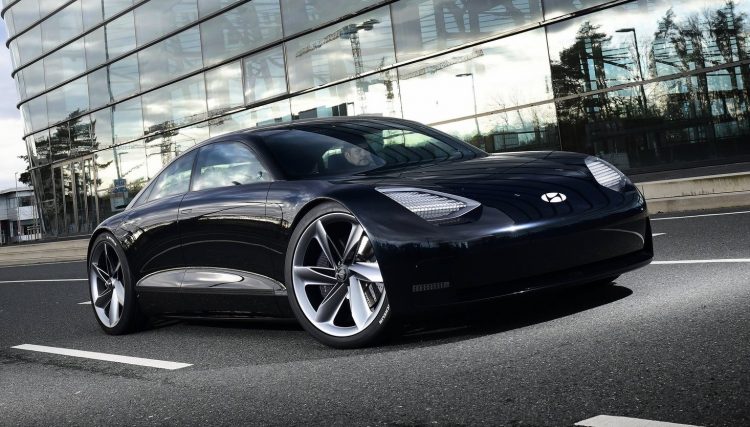 2022 will also see the introduction of Hyundai’s IONIQ 6, which looks set to be offered in both single and dual motor configurations, with rear- and all-wheel drive. IONIQ is Hyundai’s new all-electric sub-brand that has already introduced the funky IONIQ 5 to Australia, which will be buoyed by the addition of a low-slung and sporty sibling in the form of the IONIQ 6 next year, and the IONIQ 7 SUV in 2024.

Hyundai is yet to set a lot of powertrain specs in stone, but we think it will feature a 77.4kWh lithium-ion battery pack and it will be underpinned by the company’s e-GMP platform shared with the Kia EV6, Genesis GV60 and the IONIQ 5. Judging by its siblings, a top power output around the 430kW/740Nm mark could happen. Arrival dates here in Australia are yet to be finalised, but we hear it will be some time late in 2022. 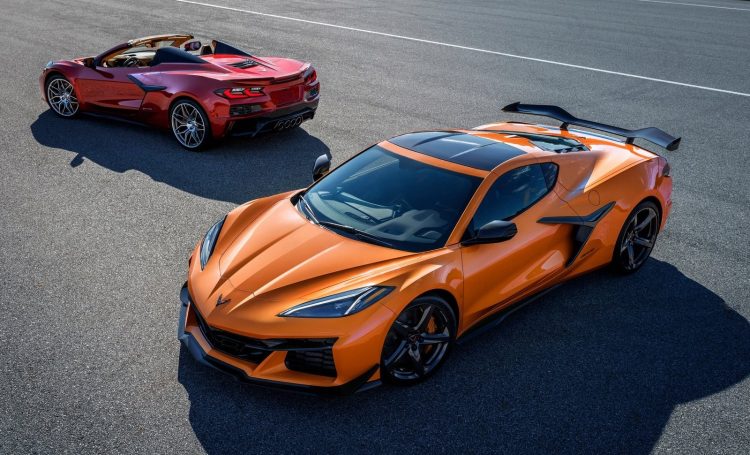 While the arrival of Chevrolet’s first-ever mid-engine Corvette C8 has already been celebrated by muscle car fans in Australia, the C8 remains merely an appetiser for the main event: the Corvette Z06. While the C8 offers an already-impressive 369kW/637Nm from its 6.2-litre naturally aspirated V8, the Z06 receives a new 5.5-litre V8 throwing out 500kW and 623Nm, making it, in the words of Chevrolet, the most powerful naturally-aspirated V8 it has ever produced. The powertrain features a flat-plane crank that helps it rev all the way out to 8600rpm, with forged pistons and a dry-sump lubrication system, just like a race car.

The latest update we’ve seen from GMSV is that the Z06 is set to be produced in right-hand drive at GM’s Bowling Green assembly plant from the middle of next year, which means the earliest we can expect to see it grace Australian shores is late 2022. Corvettes are known for their less-than-subtle exhaust notes, so it’s likely you’ll hear the Z06 long before you see it.