Shelby has revealed the new 2013 Shelby GT500 Super Snake Mustang. The new model comes with an extra 50hp (37kW), maxing out at a ridiculously powerful 634kW. 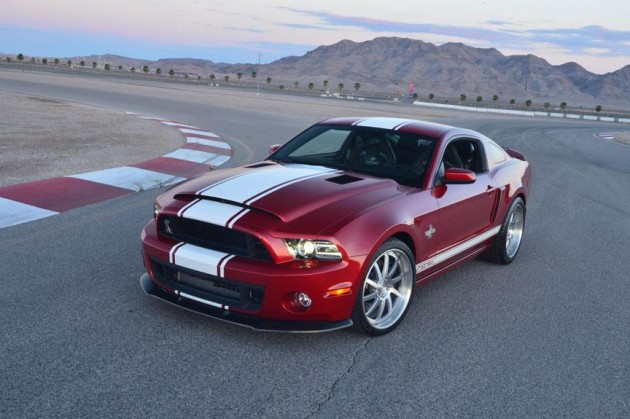 Starting out life as the already monstrous 2013 Ford Mustang GT500, which packs 494kW alone, Shelby has come up with a package that involves adding a new Whipple or Kenne Bell supercharger.

Like the Shelby GT500 Cobra special edition that was announced to commemorate the life of Carroll Shelby, who passed away earlier this year, the 2013 GT500 Super Snake comes with a set of deep-dish 20-inch alloy wheels. These can be optioned up to include 13-inch wide rims on the rear to help make best use of all that power. 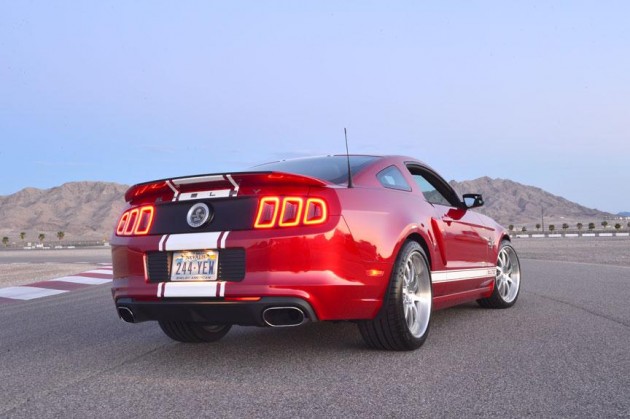 Inside, the cabin is treated to a set of sports seats with embroidered headrests, bespoke floor mats, and also various Shelby badges.

“When Ford launched the 2013 Shelby GT500, we were bombarded with requests for Shelby American to offer a Super Snake package for the car. Our team worked closely with Ford Racing and other key partners to develop our new fire breathing snake.

“The result is the most powerful base model Super Snake ever at 662 horsepower, which is available at prices lower than previous models. By checking off a few boxes in the series of optional equipment, you can take home a street-legal 850 horsepower version that runs on pump gas.”

Just 500 versions will hit production, with prices starting at US$39,995 for the top-spec 850hp package.