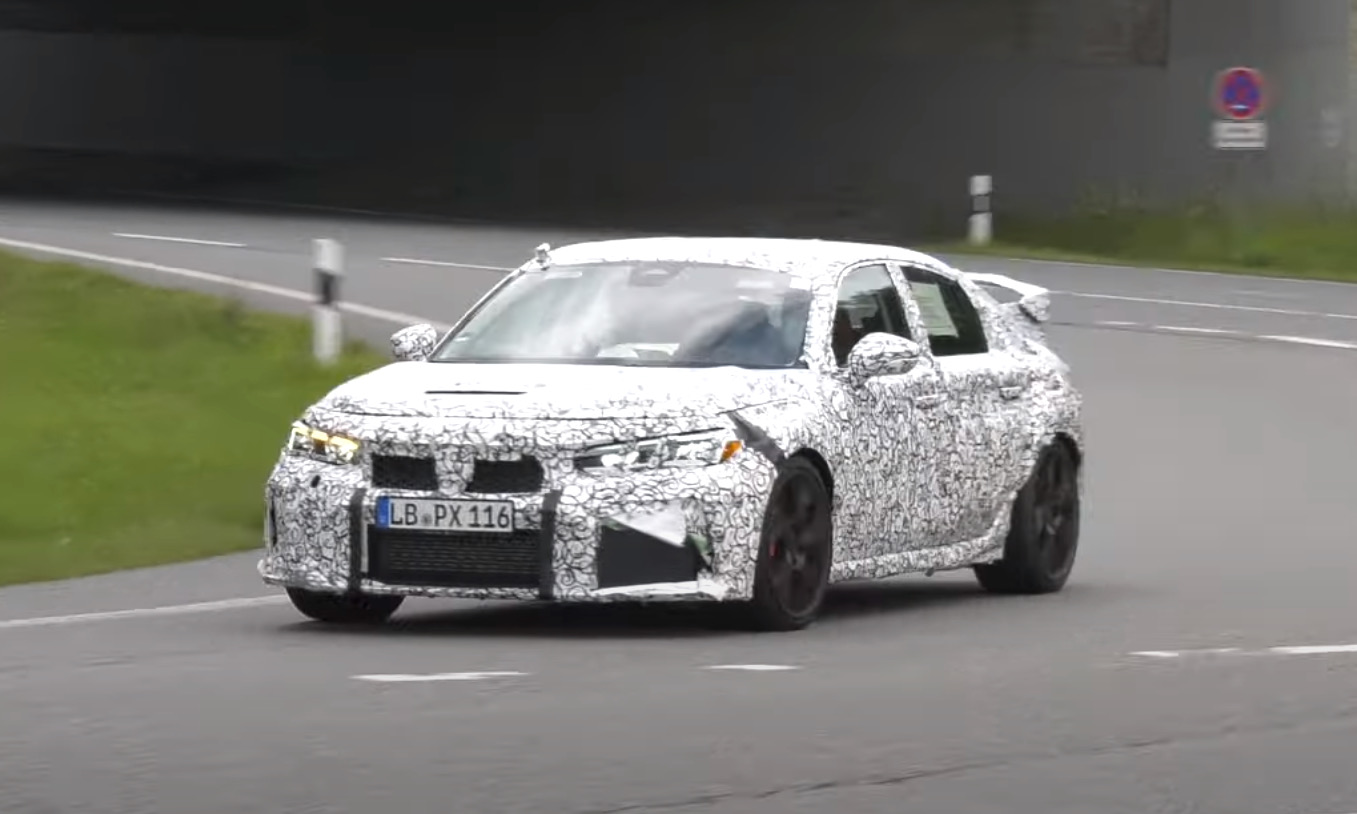 Honda has been spotted testing a heavily-clad prototype versions of its 11th-generation Civic Type R on the roads in Germany. And joy of joys, we can hear it has an actual exhaust note. 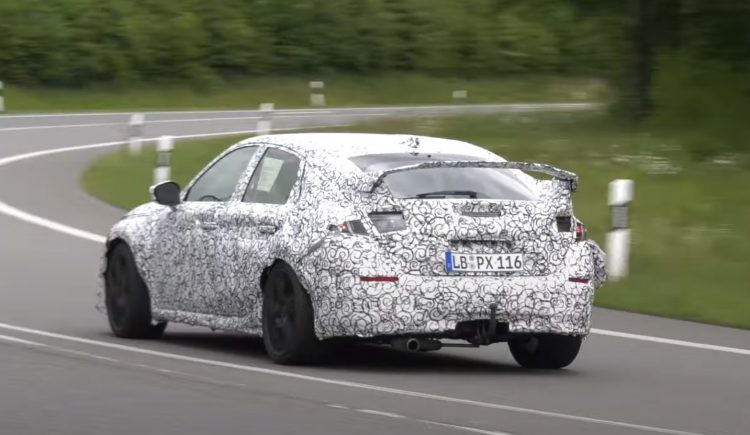 If you’ve driven the current/outgoing Civic Type R, we’re sure you’ll agree, the exhaust sound is less-than-appetising. In fact, it hardly ‘sounds’ at all, giving off a boring vacuum-like whoosh.

Thanks to YouTube channel CarSpyMedia we’ve been given, potentially, some insight into the soundtrack of the upcoming 11th-gen model. Now, it is just a prototype so we mustn’t get too excited – the showroom version might be completely different. But it is on the right direction.

There’s a proper bassy note as the test driver trundles around the country streets in Germany. At the back you’ll notice a single-exit exhaust pipe on the test mule, which is very unlikely to be production-ready, but the rest of the system forward of the tailpipe could be close to showroom spec. 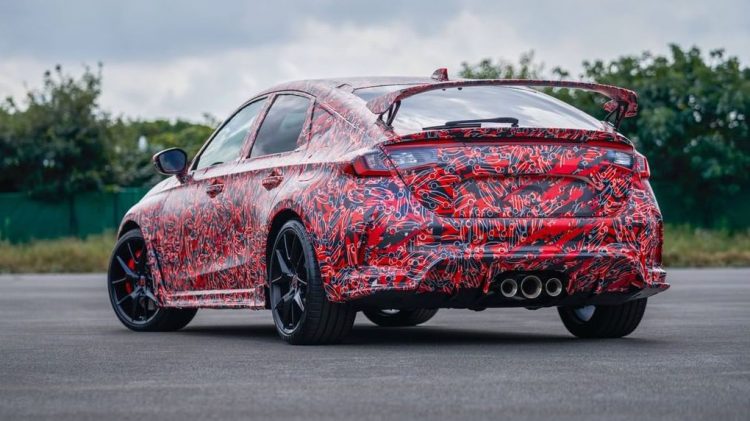 Last week, Honda sent out some official preview images of the new Type R onto its offical Instagram page. The rear shot (above) clearly shows the new model will carry over the trademark triplet of exhaust tips through the rear diffuser. Although, instead of two slightly larger tips on the outside, the new model looks set to switch that around to one larger one in the middle.

The 2022 Civic Type R will take on a more sedate and conservative design theme, as showcased by the standard new-model Civic. The lines are consistent and flowing in one motion, and there are fewer of them (thankfully), with a switch to elongated horizontal headlights and taillights replacing the fussy and inconsistent setup on the outgoing model. 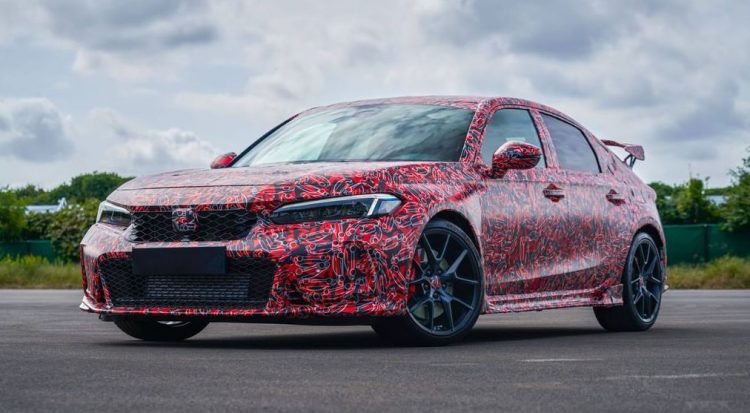 No details regarding the powertrain or technical gear have been released yet. Not officially, anyway. But most reports and speculations suggest a carry-over 2.0-litre turbo VTEC four-cylinder, perhaps with power and torque turned up slightly from the outgoing 228kW/400Nm arrangement.

An official debut is likely to take place before the end of the year, with sales in Australia not expected to commence until at least the third quarter of 2022 or beyond. Click play below for a preview.