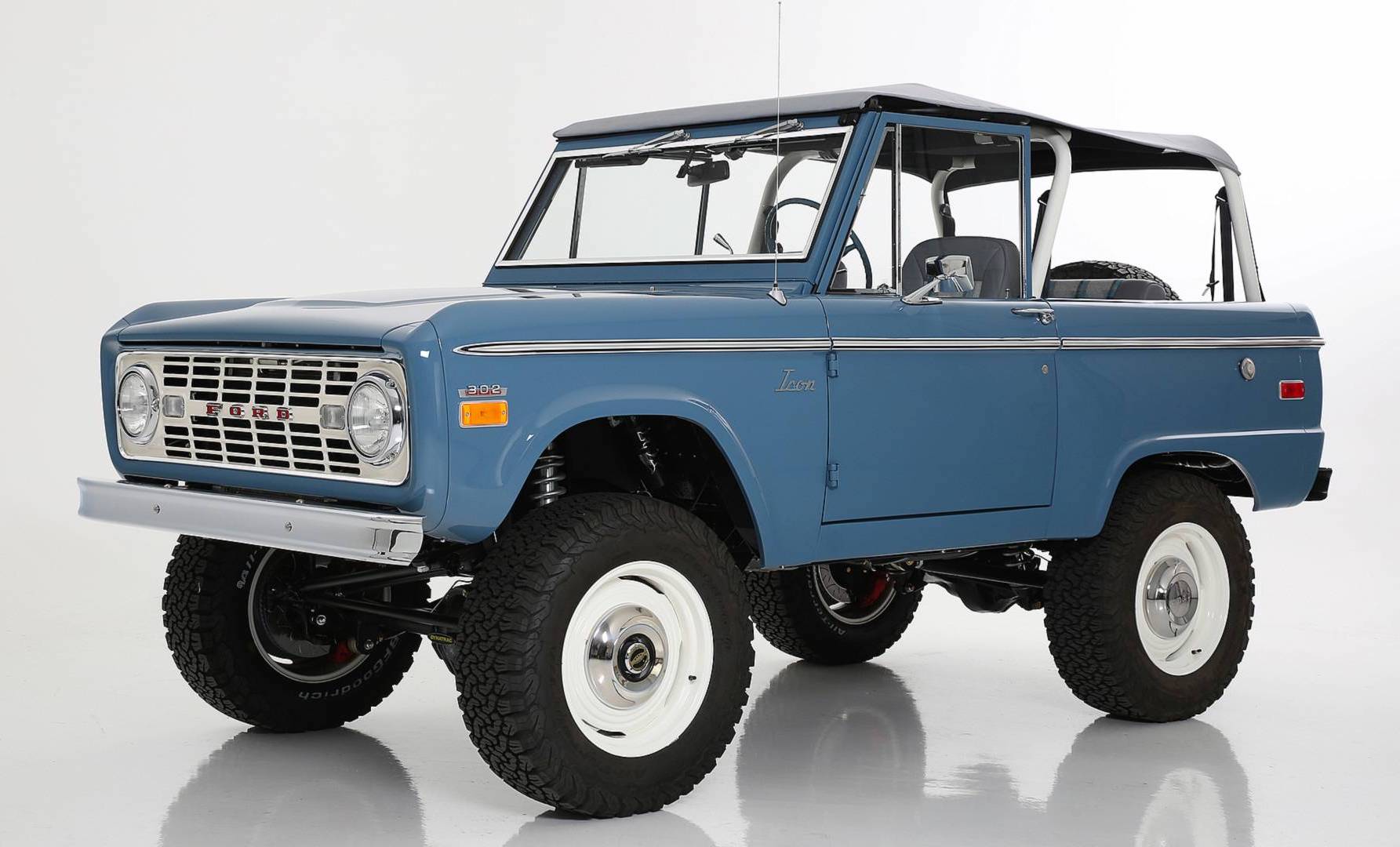 Californian car tuning and building firm ICON has come up with another spectacular project, based on the original Ford Bronco. Called the ICON Old School BR, this is a masterpiece in engineering, blending classic charm with intense and modern attention to detail. 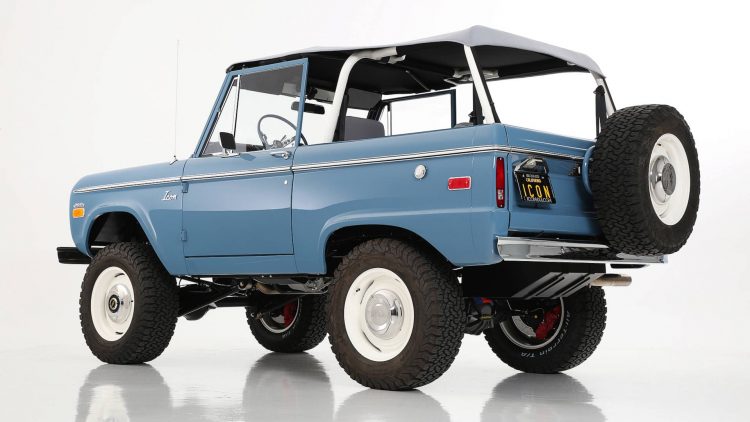 The vehicle is based on the 1966-1977 Ford Bronco. And it might look like a very well-kept example of such vehicle, however, it is actually very different to the product that rolled out of Ford’s production facility back in the days. All plastic and pot-metal trimmings have been re-cast in either CNC stainless steel, billet aluminium, pewter, or other exotic materials.

ICON says all of the on-board mechanical components and electronics have been swapped for modern-day gear as well, giving the classic much-improved practicality and reliability. The body can be coated in fashionable matte paint or retro pastels, or even an eggshell-style finish.

You wait until you hear about the hardware, though. It’s the most impressive part. Under the bonnet you’ll find a modern 5.0-litre naturally aspirated V8. In fact, it’s the 313kW ‘Coyote’ engine from the current Ford Mustang. This is hooked up to an Aisin AX15 five-speed manual transmission or a Ford 4R75W four-speed auto. 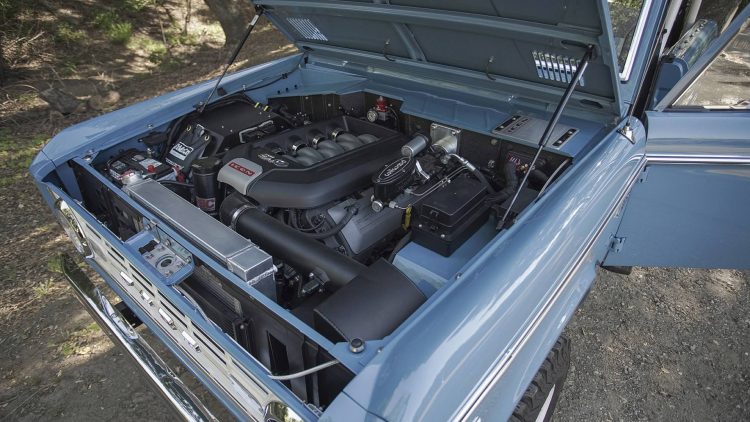 From there, power is sent into a four-wheel drive system via an Advance Adapters Atlas II transfer case with dual range, with up to six low-range gearing options for buyers. And then there’s custom Dynatrac Dana-based axles that send twist to a set of 18×8-inch billet aluminium four-slot wheels with 33-inch BFGoodrich tyres.

Not that the old girl needs improved off-road capability, the ICON Old School BR uses 12-inch Fox Racing coilover suspension at all four corners. These provide the best balance between all-terrain flex, ride comfort, adjustability, and road composure. Pair that with copious amounts of ground clearance and hardly any front or rear body overhang, and you’re left with a go-anywhere machine.

Inside, the cabin is very cool. It’s like the exterior, in that it’s old-school but with modern touches. There’s a Kenwood head unit with Apple CarPlay connectivity, sat-nav, with beats sent through some Focal speakers and boosted via an Arc Audio amp. 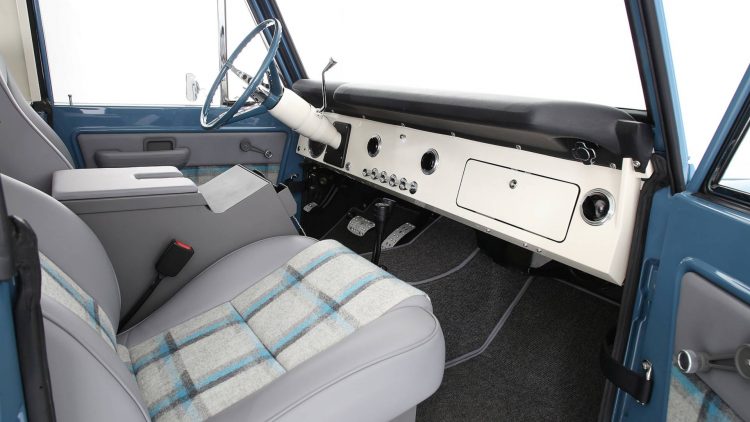 For added convenience the climate is sent through a Vintage Air HVAC system with aircraft aluminium vents and bezels, with black-anodised fins, while the driver views Dakota Digital gauges and steers with a classic-style first-gen steering wheel that’s mounted on a modern collapsible Ididit tilt-adjustable steering column. Speaking about the vehicle, ICON founder and lead designer, Jonathan Ward, said:

“The idea here was to go far more retro. We’ve actually had some clients who love their ICONs but aren’t prepared for the attention they receive. They can’t stop for gas without having lengthy conversations. Ten years ago, we had to create a different aesthetic when we launched the brand with the BR Bronco and FJ Land Cruiser. Now we can afford ourselves the luxury to do something much more stock. I’ve been wanting to evolve in this direction anyway.”

ICON can make you a custom order for the old Bronco, and you can have it in hardtop or fun soft-top form. We’re sure the prices will depend on what you want exactly, but we’d say be prepared to pay top dollar for such quality and detail like this. We want one.