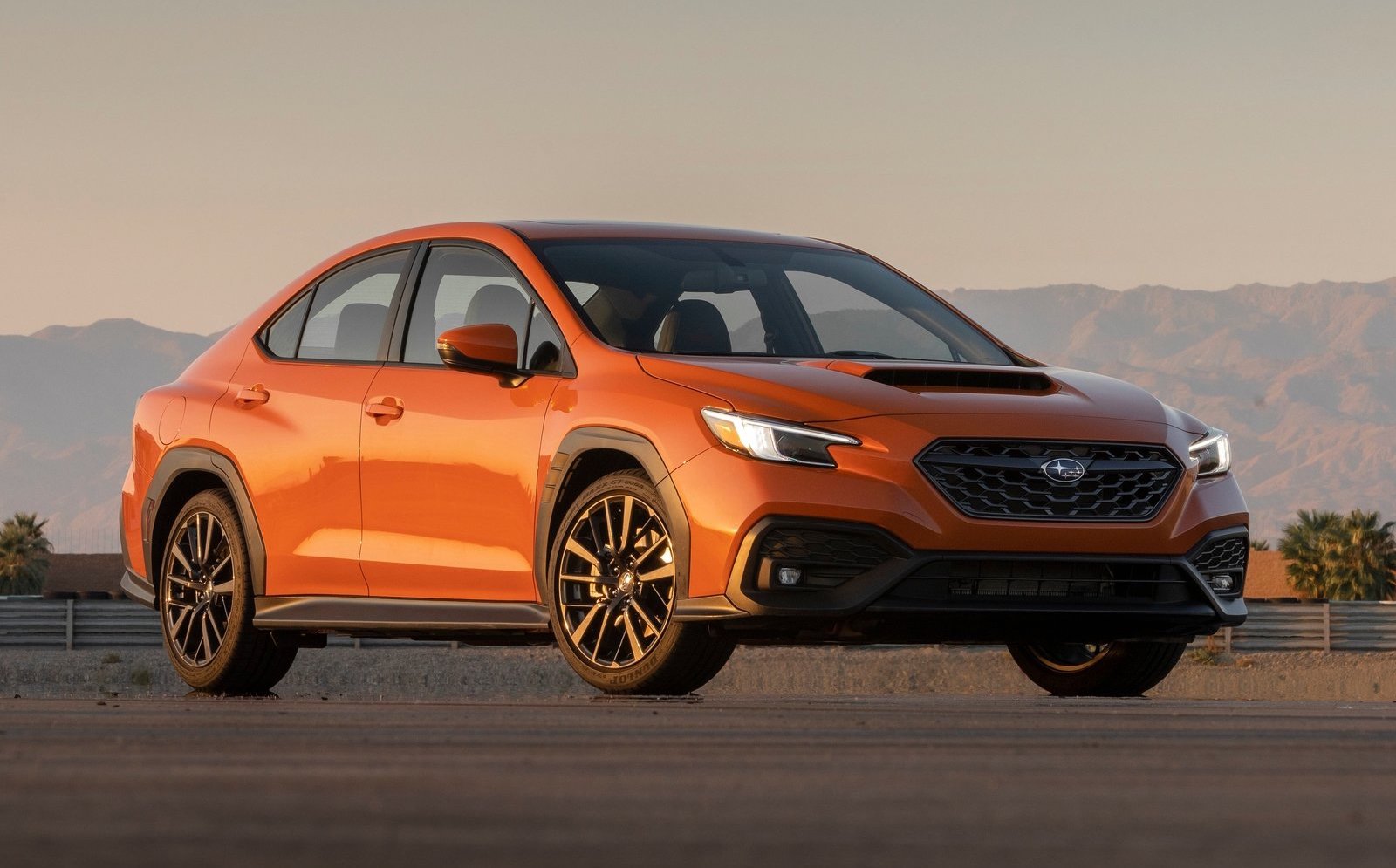 This is it. The 2022 Subaru WRX. It made its world premiere overnight, sporting a new 2.4 turbo engine, updated platform, and fresh styling inside and out. 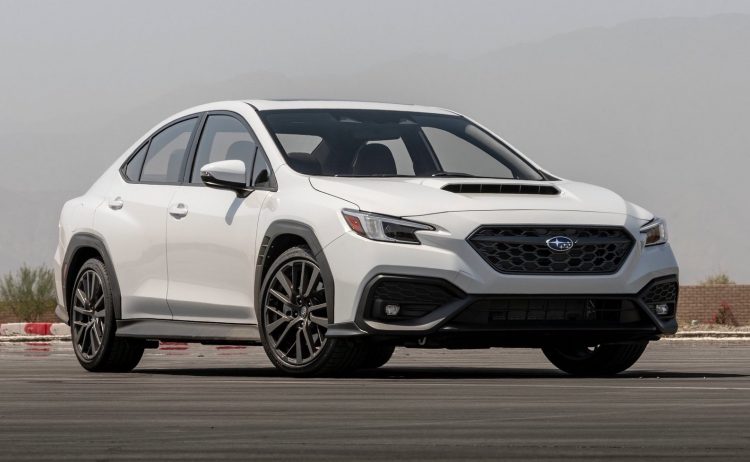 Let’s start with the engine. As predicted, Subaru is using a new 2.4-litre turbo boxer four-cylinder. With the help of direct injection and a new turbocharger featuring an electronically-controlled wastegate, it develops 202kW at 5600rpm, and 350Nm between 2000-5200rpm (USA specifications; Australian specs yet to be finalised).

It’s a bit disappointing to see the new engine does not produce any more torque than the outgoing 2.0L turbo, however, availability is spread a touch wider. The outgoing unit develops 350Nm between 2400-5200rpm. Power is only up by 5kW (same peak rpm). 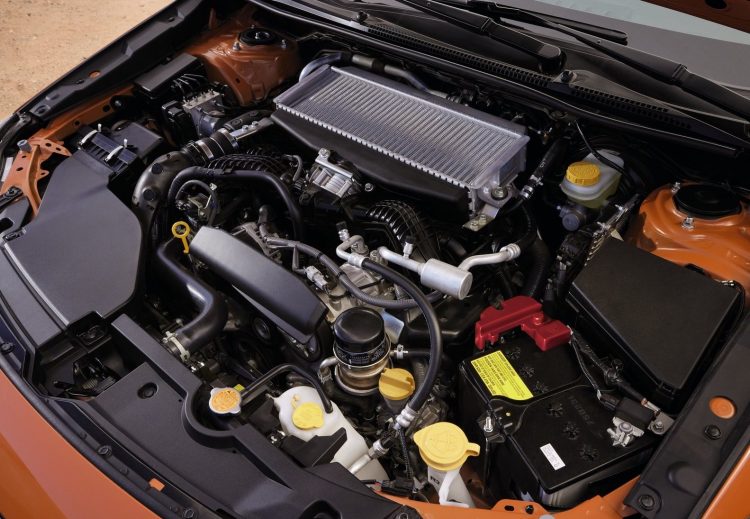 Fortunately, buyers will be able to select between a traditional six-speed manual transmission that promises optimised gear ratios and better shift quality, or a “Subaru Performance Transmission” automatic. Don’t get too excited, this is just marketing speak which tries to disguise the fact it’s still a CVT.

From there, the engine power is sent through a Variable Torque Distribution all-wheel drive system, with optional Drive Mode Select which brings in an AWD Sport mode that “enhances turning performance by controlling LSD torque”. The company hasn’t elaborated on what this means exactly.

All of this is packed onto the new Subaru Global Platform. Well, specifically, the SGP debuted back in 2016, underpinning the current Impreza, and it has since formed the foundations for the XV, Forester and Outback. The WRX is the last vehicle in the showroom to jump across. 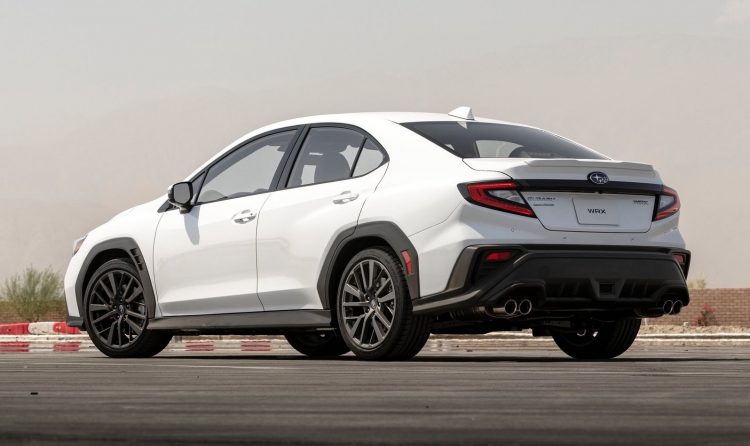 Subaru says this platform offers a 28 per cent increase in overall torsional rigidity and a 75 per cent increase in suspension point rigidity, compared with the outgoing 10-year-old platform. The layout facilitates a longer suspension stroke, a rear stabiliser bar which is mounted to the body as opposed to the subframe, and optimised front suspension geometry which promises to reduce mass offset. There’s also a new dual-pinion electric power steering system.

As for the exterior, it showcases a tighter, sharper design language which is clearly inspired by the VIZIV Performance concept car. The headlights incorporate the company’s latest C-shape design, with similarly-themed taillights. There’s also some black moulds around the wheel arches and skirting, perhaps hinting at a more rugged personality, while new-look 18-inch alloy wheels wearing 245/40 tyres complete the pack. 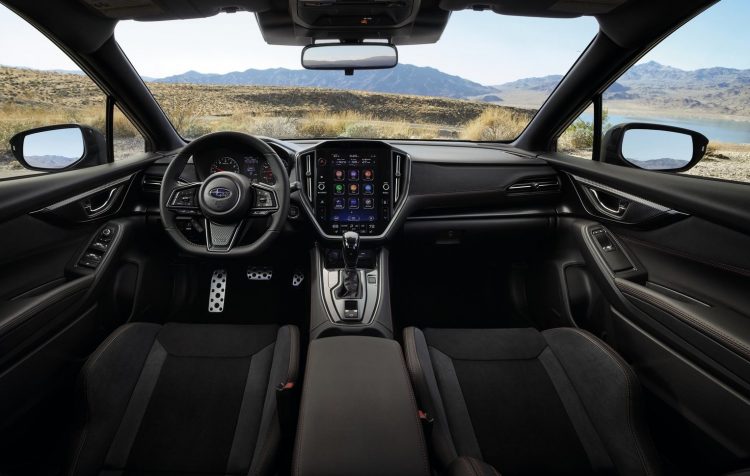 Inside reveals some drastic changes over the outgoing model. Subaru has installed a tablet-style 11.6-inch Starlink touch-screen system, pulling all functions including climate control into one unit. This is currently seen in the Outback. Upper models also feature TomTom satellite navigation and an 11-speaker Harman/Kardon sound system.

Subaru USA says the new model will arrive in showrooms early in 2022. However, in Australia, the local arm says it is anticipating an arrival during the second quarter of 2022.