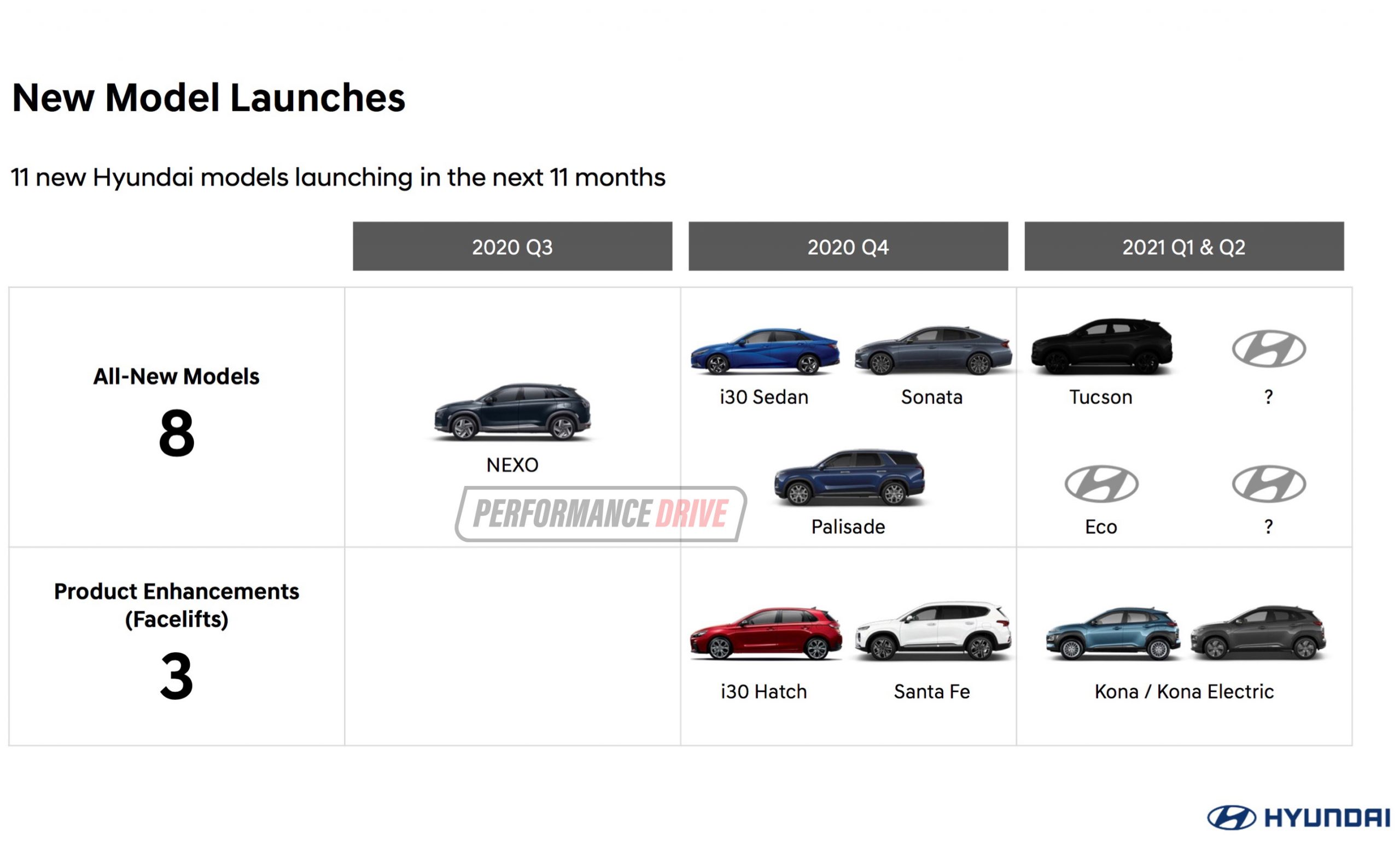 Hyundai Australia has announced it will be introducing 18 new products in local showrooms within the next 18 months, including 11 new models within 11 months and seven new or refreshed N and N Line models. The plans were revealed during an exclusive media presentation this week. 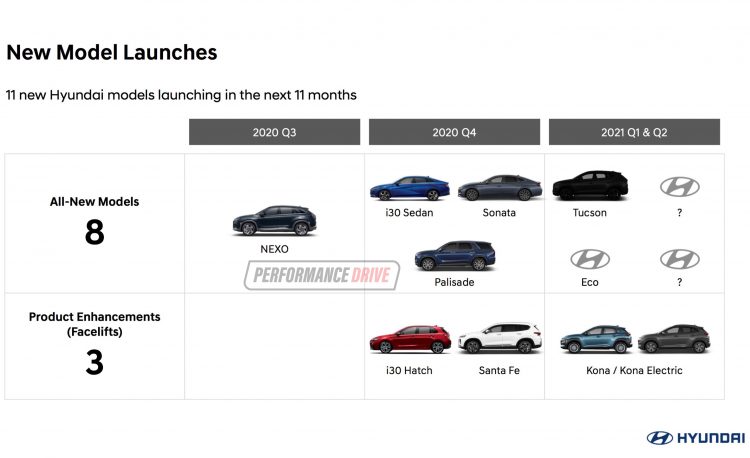 The first new product to hit the local showrooms will be the NEXO, arriving during the third quarter. This is a new-generation hydrogen fuel cell SUV, featuring an electric motor for the front axle that produces up to 120kW and 394Nm. An advanced fuel cell system with on-board tanks can hold enough highly-pressurised hydrogen to supply a driving range of 666km (WLTP test cycle).

Its launch will coincide with the opening of Australia’s first publicly-available hydrogen station in Canberra. This essentially means NEXO buyers will need to live in the region. A specially-equipped Hyundai dealership in Canberra will also be the first of its kind to be capable of servicing hydrogen fuel cell vehicles. 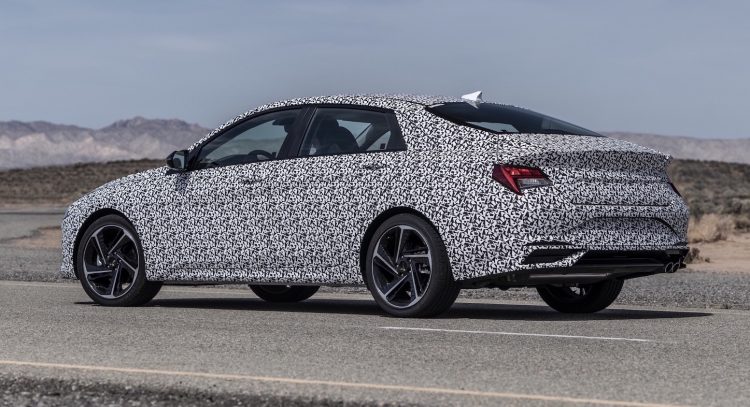 Following the NEXO there will be a handful of other interesting models arriving during the fourth quarter. The new i30 sedan, which will essentially come in as a replacement for the Elantra. It’s expected to be offered in a range of trim levels just like the i30, with a turbo i30 sedan N Line (prototype shown above) on the way for late 2020.

The all-new Sonata has also been confirmed for the fourth quarter. Now this is a particularly interesting one. Just as more and more buyers step away from large sedans and move into SUVs and utes, and as the Holden Commodore departs, Hyundai wants to try and revive the segment with its sharp new Sonata. Trim lines are yet to be confirmed, and the local arm might introduce only one variant, probably the N Line. 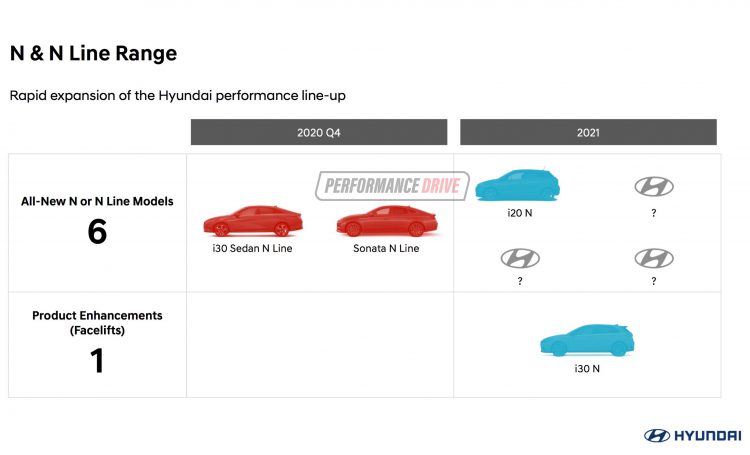 Speaking of which, the Sonata N Line is confirmed for the fourth quarter of this year. It’s set to come in as the first Hyundai Motor Group product in Australia with the new 2.5-litre turbo-petrol engine. This powertrain has already been confirmed, with some overseas media outlets given prototype test drives last year.

The engine produces 213kW (290PS) and 422Nm in other products, and is paired with the company’s new eight-speed wet dual-clutch auto transmission. This setup debuted, on a global scale, with the 2020 Kia Optima GT (not sold in Australia). Unlike the Kia Stinger which sits in the same segment as the Sonata in Australia, the Sonata is front-wheel drive and will probably be pitched as a slightly more up-market proposition. 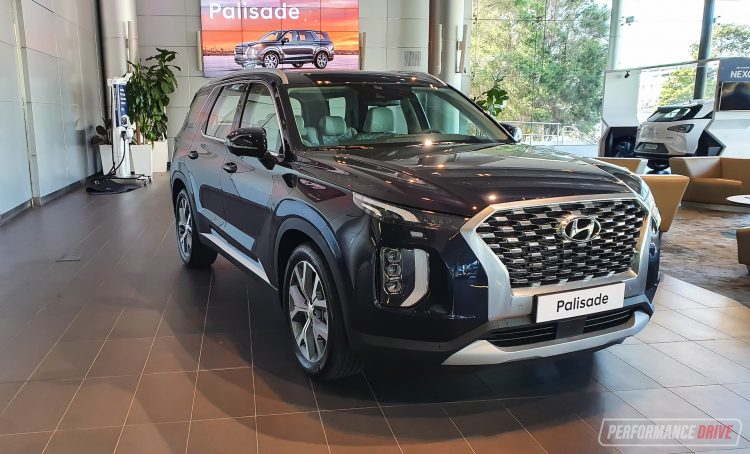 As reported earlier today, Hyundai Australia will be introducing its grandest SUV of all during the fourth quarter; the Palisade. It’ll be offered with a V6 petrol and front-wheel drive, and a 2.2 turbo-diesel with all-wheel drive. Both seven- and eight-seat cabin layouts will be available.

Lastly for 2020, the facelifted i30 and Santa Fe will touch down in Australia. These showcase styling revisions and some technology updates, with the new Santa Fe introducing a 12.3-inch digital instrument cluster (for some variants), and an all-new dash and console layout with button gear selectors.

During the first half of 2021 Hyundai Australia will be introducing the all-new Tucson. We were given a preview of this late last year with the Vision T concept. There are a lot of rumours and speculation surrounding the new model, however, Hyundai (global) has confirmed hybrid power will be introduced for the first time for the nameplate. We suspect it’ll get the new 1.6 turbo hybrid, and we also suspect Australia will miss out as demand overseas will likely be a higher priority for the company. Some overseas markets have strict laws regarding emissions and fuel consumption, while Australia has none.

Also confirmed for early 2021 is a facelift for the Kona and Kona Electric. We haven’t heard much about these but they will probably receive a similar update given to the i30. Expect things like new-look headlights, the 10.25-inch touch-screen which is starting to appear on more and more Hyundai/Kia products, as well as new safety tech. The Kona Electric overseas received a mild update earlier this year, with its range increased by around 35km, to 484km. This is likely to be part of the facelift. 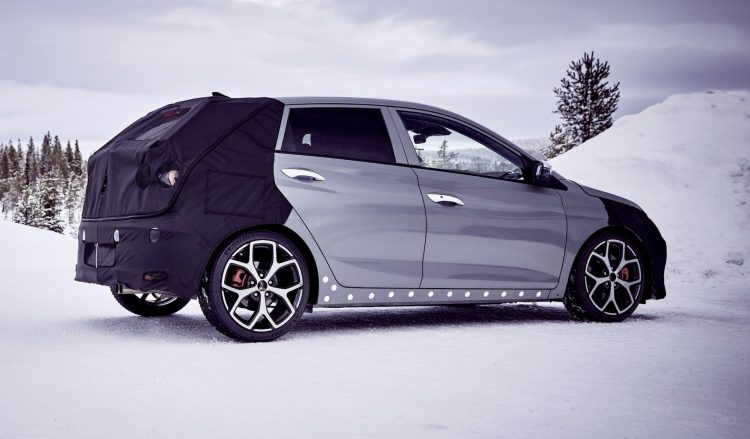 Lastly, the most exciting stuff. The all-new i20 N hot hatch will be coming to Australia some time in 2021. It’s expected to showcase a similar attitude as the i30 N, featuring spicy exterior enhancements, unique wheels and brakes, and a special interior. Power is likely to come from a 1.6-litre turbo producing between 150-170kW – it could become the most powerful in its class.

A pretty substantial facelift for the i30 N will join showroom in 2021 as well. We anticipate most of the technology and design updates from the regular i30 facelift to be brought across. However, the biggest change will be the introduction of an eight-speed dual-clutch automatic option. This should really open up the market reach for the already-popular hot hatch. We haven’t heard about any engine upgrades, and none were applied to the updated Veloster N with the debut of eight-speed auto.