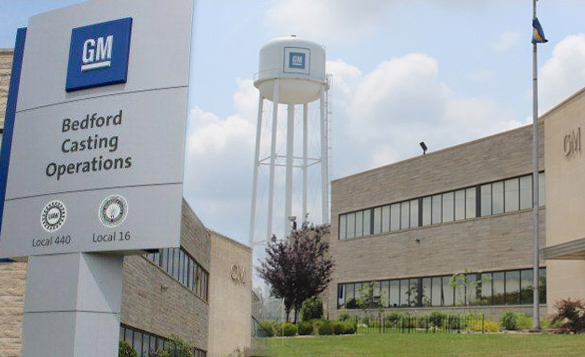 General Motors has announced the termination of over 2000 jobs at its Michigan, Ohio, and Indiana manufacturing plants.

2084 job losses will come into effect in January next year, with GM saying that customer demand for traditional passenger vehicles has reduced, with light trucks and crossovers sitting on the opposite end of the spectrum.

GM will cut third shifts at its Lansing Grand River plant in Michigan, and Lordstown, Ohio in mid-January, which produce cars such as the Chevrolet Cruze, Camaro, Cadillac ATS and CTS. The Lansing Grand River plant accommodates 810 hourly workers, and 29 salaried workers, while the Lordstown facility is home to 1202 hourly workers, and 43 salaried positions.

General Motors has announced a US$900 million investment into upgrading existing plants in Ohio, Michigan and Indiana, which it says will facilitate the production of new vehicles that could in turn attract more workers.

There’s US$667.6 million headed for the Ohio-based Toledo Transmissions Operation, $211 million for the Lansing Grand River plant and $37 million for its Bedford Casting Operations facility. General Motors says the nearly $1 billion investment will allow an additional 784 workers who were previously at risk of redundancies to keep their jobs.

“GM looks forward to working with President-elect Donald J. Trump and the new Congress on policies that support a strong and competitive U.S. manufacturing base.”

2016 sales of General Motors vehicles haven’t been as strong as in previous years, with the company’s total volume down 3.6 per cent to 2.5 million vehicles in the first ten months of this year. According to statistics, sales of traditional cars (excluding commercial vehicles) are down 7.5 per cent in 2016.