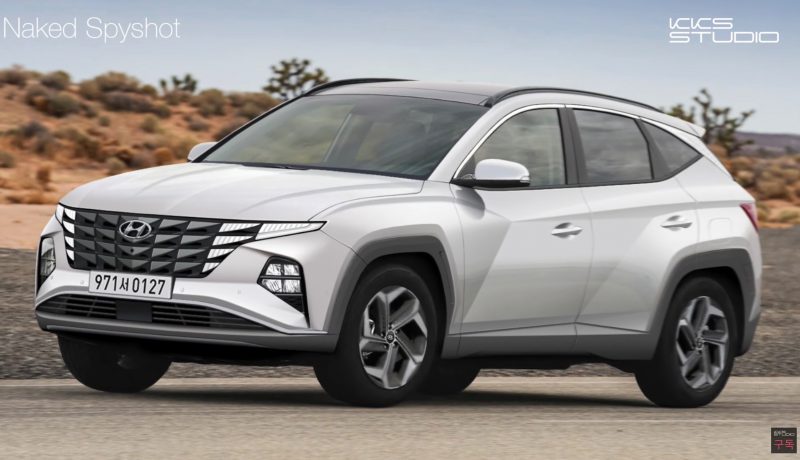 We saw some detailed digital depictions of what Hyundai’s upcoming Santa Cruz pickup could look like over the weekend. And now we’ve found an educated guess on the design of the all-new 2021 Hyundai Tucson, codenamed NX4. 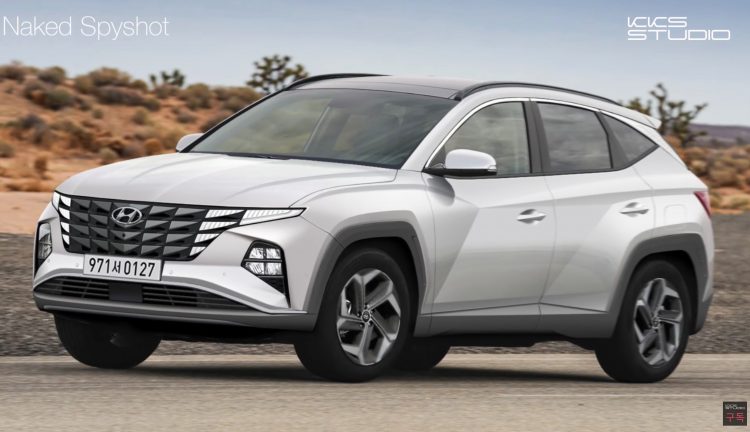 According to a purported Hyundai production schedule for 2020 the South Korean company is intending to start producing the all-new Tucson in August. However, this doesn’t factor in possible delays brought on by the COVID-19 pandemic, so it might not commence until a few months later.

Using various prototypes and the Vision T concept car as inspiration, a digital designer has posted up a prediction of the new model’s design on YouTube channel KKS STUDIO.

At the front the designer has adopted Hyundai’s latest grille and headlight layout which was first seen on the Nexo, and more recently on the fresh Elantra/i30 sedan. The new layout consists of much smaller and slimmer headlights with a grid-like pattern for the main grille. In this case the designer has also included a four-box cluster of LED lights in the corners.

Along to the sides, the Vision T concept hinted that a new set of panel creases and shapes were on the way for the popular mid-size SUV. These include four contour lines for the bonnet, hexagonal-style wheel arches bulges with prominent crease lines, and a curvier roofline to suit the coupe profile that seems to be the trend these days. 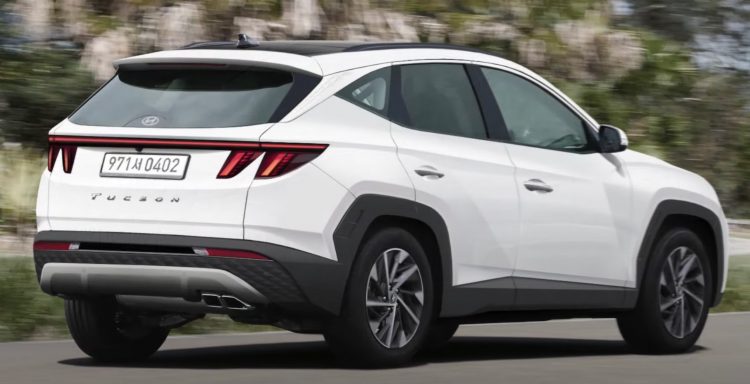 While the front end looks like it could be quite accurate to us, judging by the prototypes we’ve seen and that Vision T concept, the rear might be a bit off in our opinion. The designer has implemented a full-width taillight that uses unique twin shards on each end for the main beams. Most prototypes and test mules out there have featured lots of camouflage and black sheeting, particularly at the back, concealing the true design.

No further specs or concrete details have been uncovered as yet. Hyundai has confirmed the new model will be offered with hybrid power, at least in some markets, and there’s talk of the company’s latest 2.5-litre Smartstream turbo being introduced for the first time on the SUV. The Hyundai Motor Group engine, which currently produces up to 224kW in the latest Genesis G80, would be the most powerful unit offered for the Tucson – surpassing the current 1.6 turbo option that develops 130kW. Again though, no official details have been confirmed yet.

Check out the video below to see how the designer came up with the renderings. It is in Korean but there are English subtitles available.