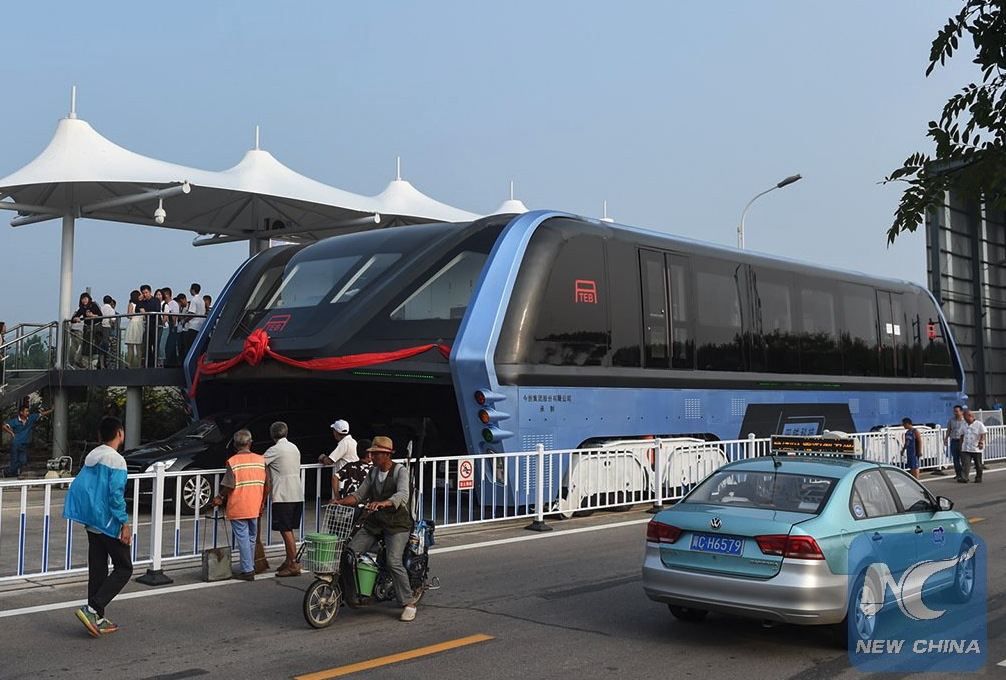 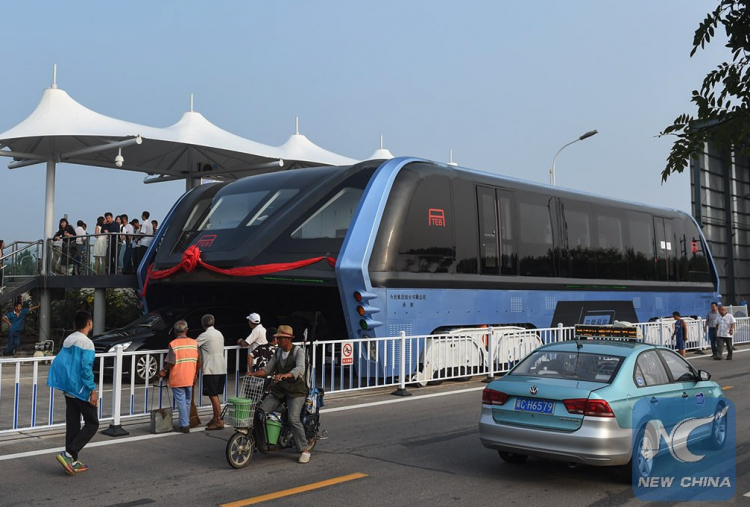 Officially called the Transit Elevated Bus, it began the inaugural testing phase in the city of Qinhuangdao, in the Hebei province, a city with a population just over 800,000 people.

The test run is currently segregated to a 300-meter stretch of track, closed to public access. The radical new design can accommodate up to 300 passengers and engineers say that up to four transit elevated buses can be linked together to reduce delays and ease congestion on more popular routes, while carrying up to 1200 people.

Measuring just under 22 metres, the elevated bus design allows cars to pass freely underneath. When the project was unveiled in 2010, the project’s chief engineer Song Youzhou estimated the bus would reduce congestion by 30 per cent. “The biggest advantage is that the bus will save lots of road space,” Youzhou told Xinhua earlier this year.

He also claims that the TEB design is significantly cheaper than constructing underground train networks, and can be installed in a shorter time frame. Each TEB is the equivalent of 40 buses, saving up to 800 tonnes of fuel, according to the project’s chief engineer.

This equates to a carbon emissions reduction of around 2500 tonnes, annually. The rear of the TEB has traffic lights and a boom gate that can lower to stop cars from passing beneath, if a problem is detected. It also features a gangplank for passengers to disembark.

Do you think the TEB could be applied here in Australia? Would you like to see it? Leave your thoughts below.