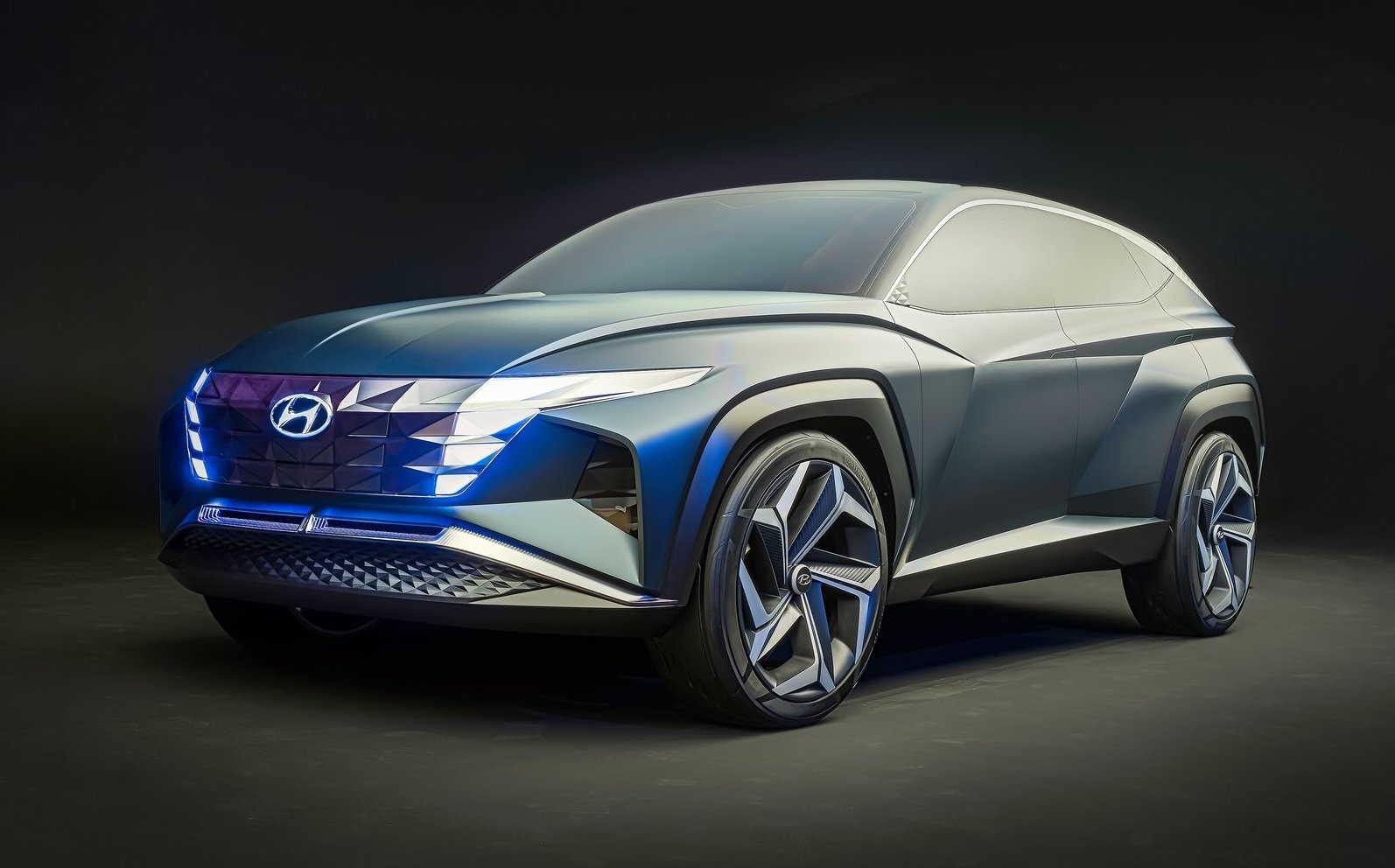 As previewed last week, Hyundai has used the 2019 Los Angeles auto show to unveil a new concept SUV, called the Vision T. It previews the next-gen Tucson in terms of design and potentially even previews some powertrain tech that could become available for the popular mid-size SUV. 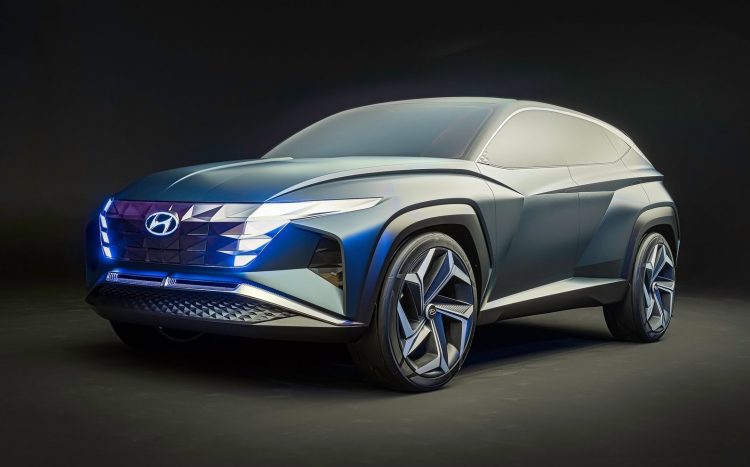 The 2021 Hyundai Tucson is still some time away. But before it arrives, likely late next year, Hyundai is testing the waters with this Vision T. It showcases the company’s ‘Sensuous Sportiness’ design language, incorporating the new-look front grille like what is seen on the NEXO. In a statement, Hyundai describes the design:

“The Vision T side profile conveys a continual sense of speed and forward motion. The long hood and level roofline coupled with a long wheelbase and short overhangs reflect a ready-for-anything dynamic character. In contrast to prevailing compact SUV designs, Vision T uses crisp geometric angles and edges to create a striking contrast between a sleek silhouette and masculine wedge lines.” 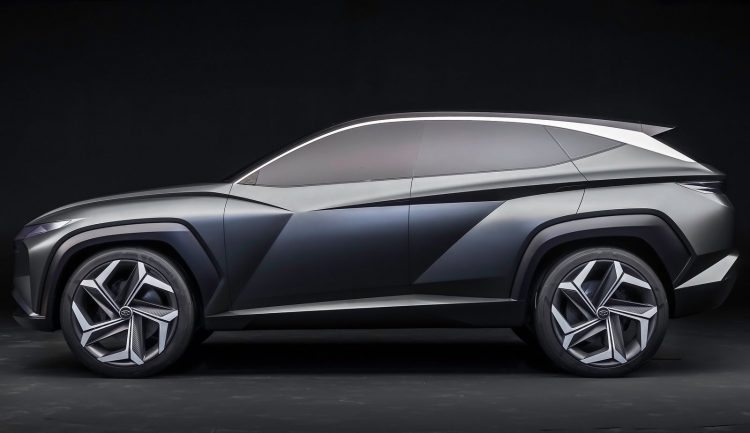 Looking at the dimensions, it measures 4610mm in length, 2014mm in width, and stands 1704mm tall. It also rides on a wheelbase that spans 2804mm. Taking a look at the existing Tucson dimensions, the concept is 130mm longer, 164mm wider, and 44mm taller than the Tucson. The wheelbase on the concept is also 134mm longer.

These dimensions suggest the next-gen Tucson may grow in size, with the width and wheelbase in particular having potential to really open up the cabin space – there has been rumours of a 7-seat variant being in the works. Being a concept though means there are likely plenty of design flourishes implemented purely for attraction, with the eventual production version expected to be watered down somewhat. 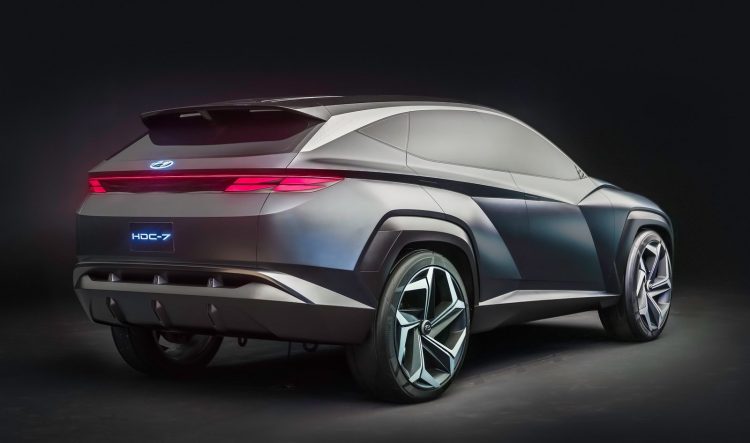 No detailed specs have been outlined regarding the engine. Hyundai simply says that it features a plug-in hybrid system, with a charing port located on the rear quarter panel. During charging, the Blue Drive badge is illuminated and there’s a circular light cluster that lights up as the system reaches complete charge.

Other unique highlights for the concept include a matt green paint finish for the body, with satin chrome garnishes, “oversize” satin chrome alloy wheels, dark orange brake calipers, and a special glass roof showcasing an embossed pattern. The H badge at the front is also finished in dark chrome and is illuminated.

As for the 2021 Tucson, no details have been officially revealed alongside the concept. We suspect some media outlets will be able to coax some information from Hyundai staff at the LA show, and we’ll keep an eye out for anything juicy that’s unravelled.