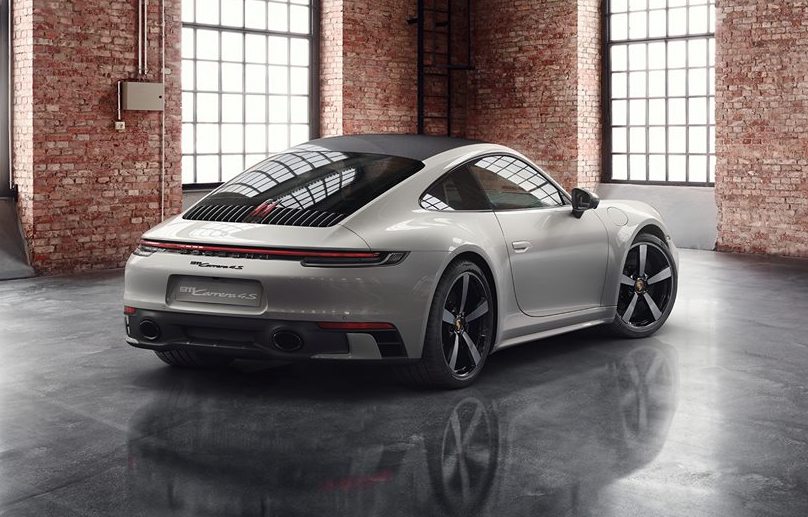 Porsche has only just revealed the new ‘992’ 911, yet it hasn’t stopped the Porsche Exclusive division from getting its hands on it and creating some unique accessories and options. 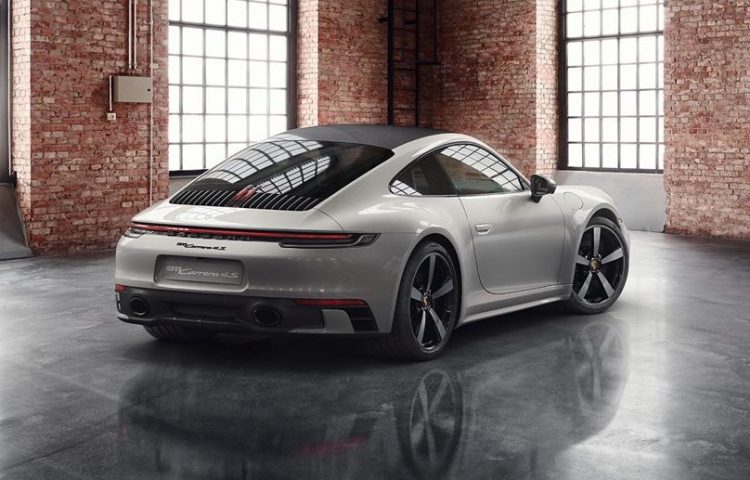 Revealed on Porsche’s Facebook page, Porsche Exclusive options range from Lizard Green seat belts, to a carbon fibre roof and side mirrors, and special Porsche crests for the seat headrests. The company has created a project car to show off some of the potential things customers can do.

In the images Porsche shows the carbon fibre roof option, as well as some unique five-spoke alloy wheels. With the clean-cut rear end incorporating a neat diffuser lower down, the project car goes for an almost classic 911 look. 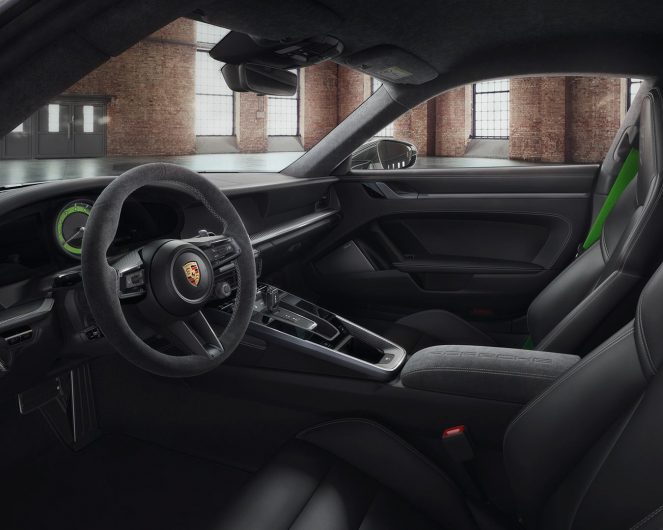 For the interior you can see the Lizard Green seat belts standing out like a sore thumb, and there appears to be splashes of similar green for the centrally-mounted rev tacho within the instrument cluster. There’s also an Alcantara- or suede-wrapped steering wheel, with a matching centre console lid complete with ‘Porsche’ imprinted across the top.

Some carbon fibre is used for the dash too, while the seats show off the Porsche crest logo on the headrests. Other highlights include complex headlights which include Porsche logos.

These options, and many others, will be available on the new 911 when it arrives later this year. Porsche Australia has confirmed prices will start from $265,000 for the Carrera S, with deliveries expected to begin in the second quarter of this year.