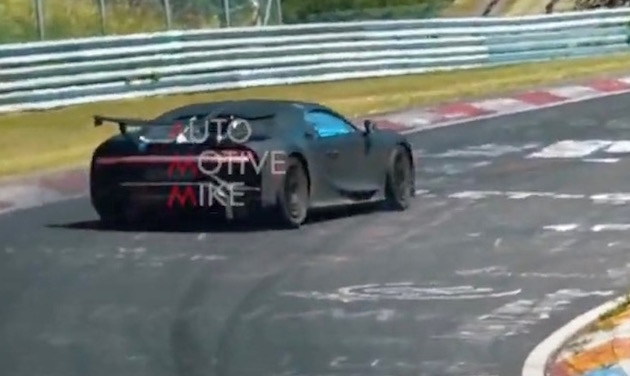 Bugatti has been spotted testing a 2021 Chiron Pur Sport at the Nurburgring during an industry testing session, and it looks like the test driver is pushing quite hard indeed. Prepare for your senses to be mesmerised. 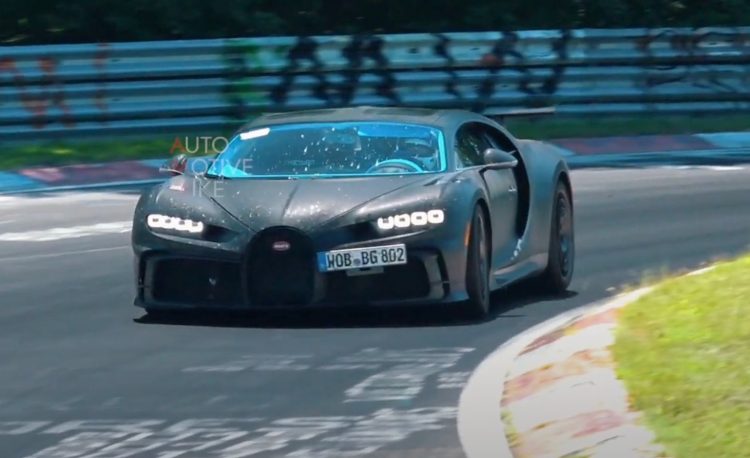 The Bugatti Chiron is one of the most powerful production cars in the world. And the new Chiron Pur Sport is labelled as the purest Bugatti ever. It’s designed under the philosophy of ‘form follows performance’, essentially meaning it is the most agile and uncompromising of all Chiron variants.

Under the engine cover in the back is an 8.0-litre quad-turbo W16 engine, producing 1104kW and 1600Nm. For the Pur Sport specifically, the engine redline is increased from 6700rpm to 6900rpm. The seven-speed dual-clutch automatic is also revised, with 80 per cent of its components redesigned. Mostly, the gear ratios are shortened by 15 per cent to improve acceleration.

The company says the Pur Sport can accelerate from 60-120km/h in sixth gear almost 2.0 seconds quicker than the regular Chiron. With quicker acceleration though it means the top speed is reduced. To a measly 350km/h. We’re sure most buyers won’t mind. 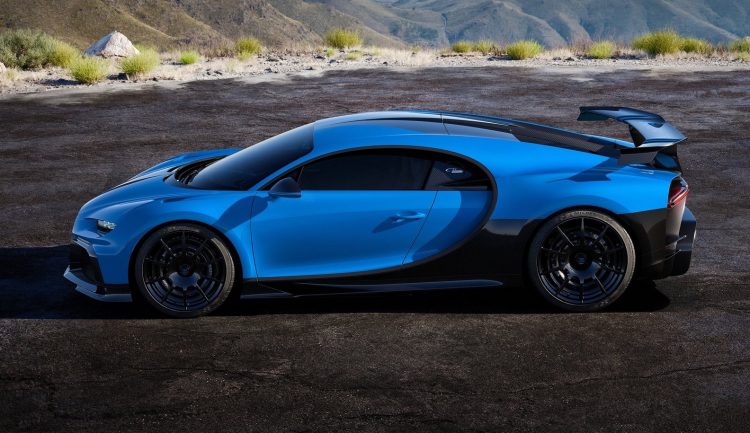 Various other control parts are also enhanced and tweaked, with things like stiffer springs are the front (by 65%) and at the rear (by 33%), with new dampers tuned to a firmer setting, and carbon fibre stabiliser bars added to the front and back. Special magnesium wheels are also featured, cutting 4kg, and there’s a range of carbon fibre aero parts for the body. Overall, the Pur Sport is around 50kg lighter than the regular Chiron.

Seeing the big beast on the Nurburgring and driven hard is a sight to behold. It rips around corners and accelerates ridiculously in between them. The driver also seems to applying power nice and early in some corners, causing four-wheel drifting. It’s insane.

We’re not sure what Bugatti is up to exactly. Maybe it is gunning for a proper lap time or even some kind of record? Or, perhaps more likely, engineers are simply fine-tuning the setup before production of customer orders are finalised. The car was spotted during industry pool testing, according to the uploader, which means only manufacturers are allowed to book time on the circuit for the day. Check it out below. At some points it literally sounds like a storm on the horizon (at 1:34 for example).