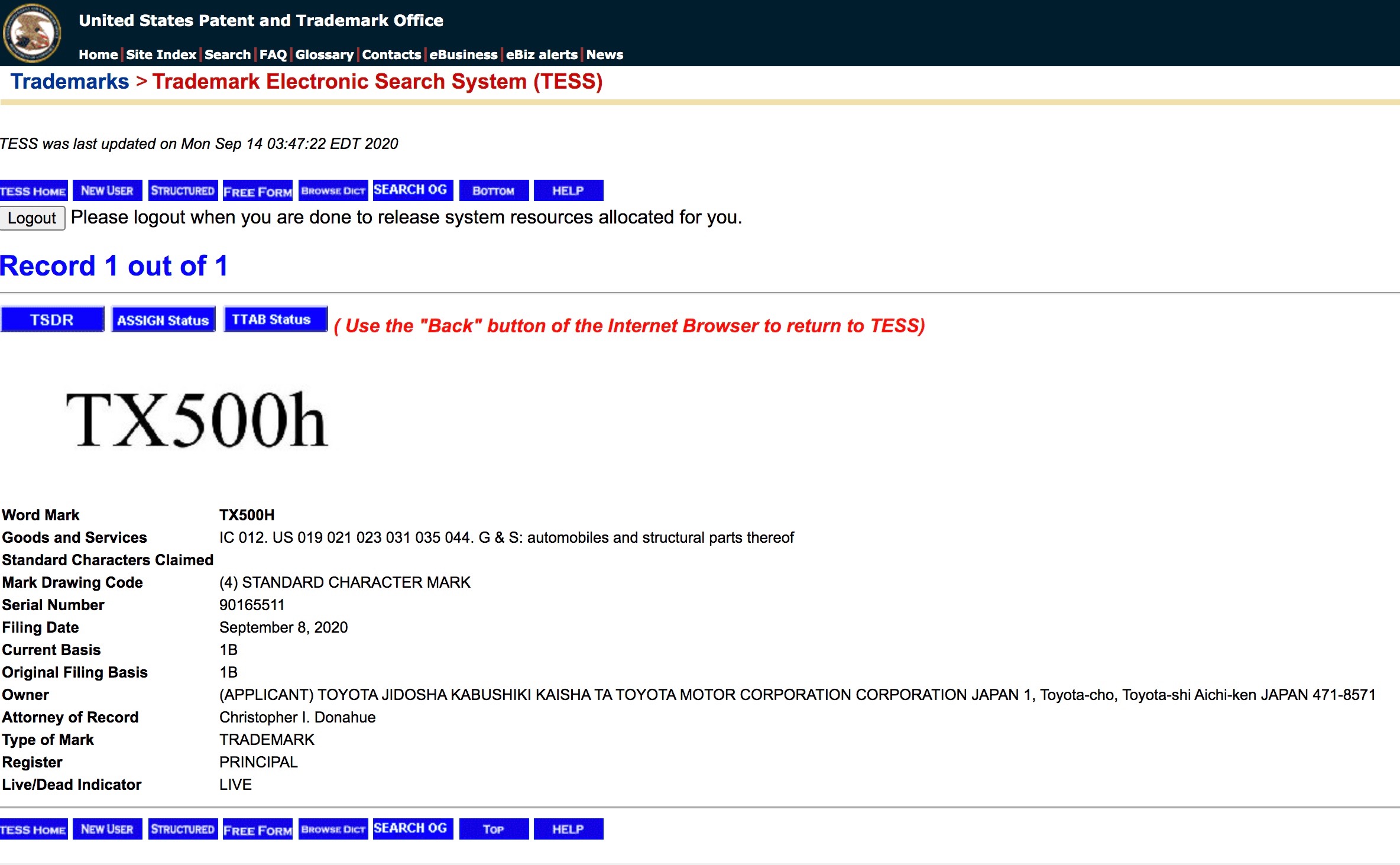 It seems Lexus could be planning a new large SUV, with a recent trademark application in the USA suggesting TX 350 and TX 500h models on the horizon. 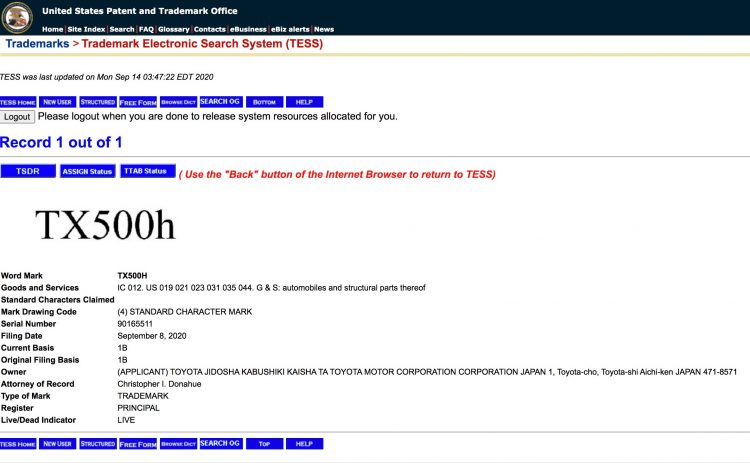 Trademark applications don’t always translate to a definite production intention, but they often provide a pretty good indication. Sometimes manufacturers like to reserve a label or badge name solely for the purpose of protecting it from other manufacturers.

In this case Toyota Motor Corporation Japan (owners of Lexus) has registered a trademark application for the names TX350 and TX500h. The application was filed on September 8, last week, and could indicate a new model in the works. Since Toyota doesn’t apply two-letter model names to its vehicles, we’re assuming a potential ‘TX’ would be a Lexus of some kind. 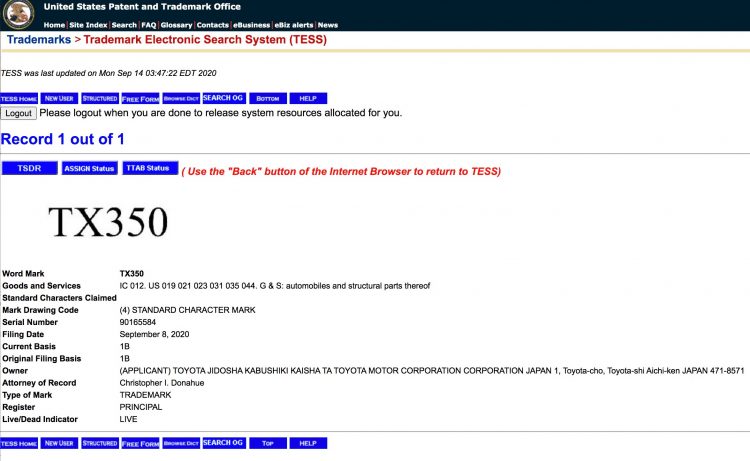 There’s no such thing as a Lexus TX at the moment, and Lexus hasn’t ever debuted a ‘TX concept’, either. But there are some clues. For starters the X would refer to an SUV of some kind, like the current UX, NX, RX, and LX naming structure. In the USA there’s also the Lexus GX, which is based on the Toyota Prado.

As for other clues? Well, Lexus has unveiled two SUV concepts in recent years. There’s the LF-1 Limitless concept (below). This was a grand crossover concept that debuted back in 2018, pitched as a flagship luxury model. Lexus is yet to bring a production version of it to the market. There were suspicions that it could adopt the name LQ, following a trademark find back then. But that name wouldn’t make sense as an SUV since it doesn’t have an X in the title. 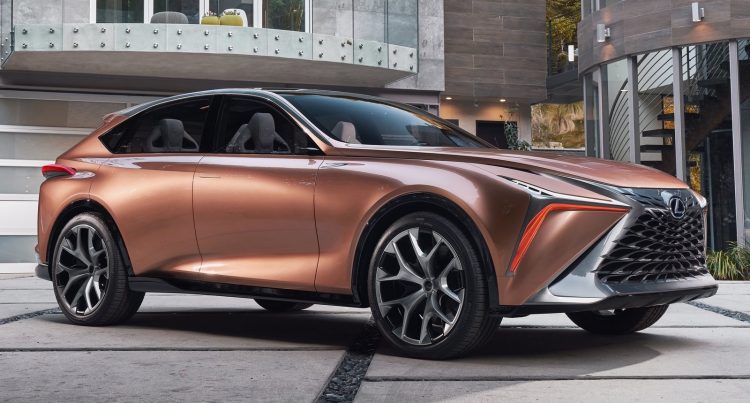 Another reason the TX name could relate to the LF-1 is down to the numbers 350 and 500h. These powertrains are only available on large models, such as the RX 350 and the LS 500h. If it isn’t the LF-1, it would more than likely be a model at least the size of the RX. Perhaps the TX is going to be a luxury version of the upcoming 300 Series LandCruiser, replacing the current LandCruiser-based LX?

The other concept that recently debuted was the LF-30 Electrified last year. This was a futuristic electric crossover, taking the shape of a four-door coupe. Although the concept featured gullwing doors, the underlying theme could hint at a future model. After all, Lexus doesn’t currently offer a competitor for the fashionable coupe-style SUVs from the German brands. Since the LF-30 features an electric powertrain though, a ‘TX 350’ V6 seems unlikely. 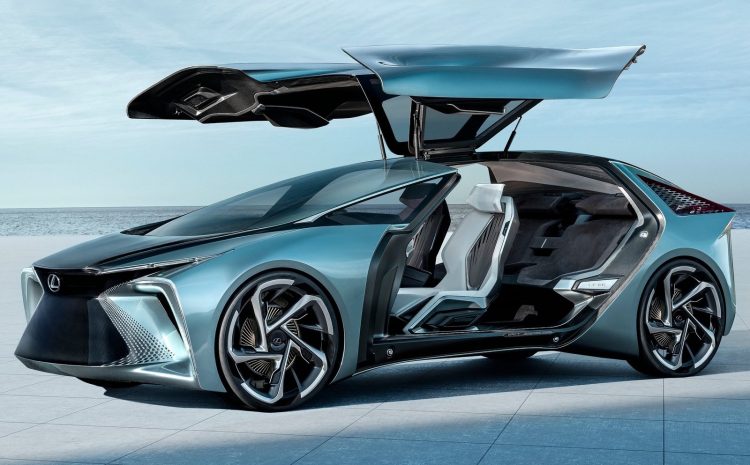 The other new SUV Lexus is said to be planning is a compact model, based on the Toyota Yaris Cross. It’s understood it could adopt the name Lexus BX. Being so small, a 500h powertrain obviously doesn’t fit.

It looks like we’ll just have to wait and see if anything eventuates. Again, Toyota could be reserving the name simply to stop others obtaining it.