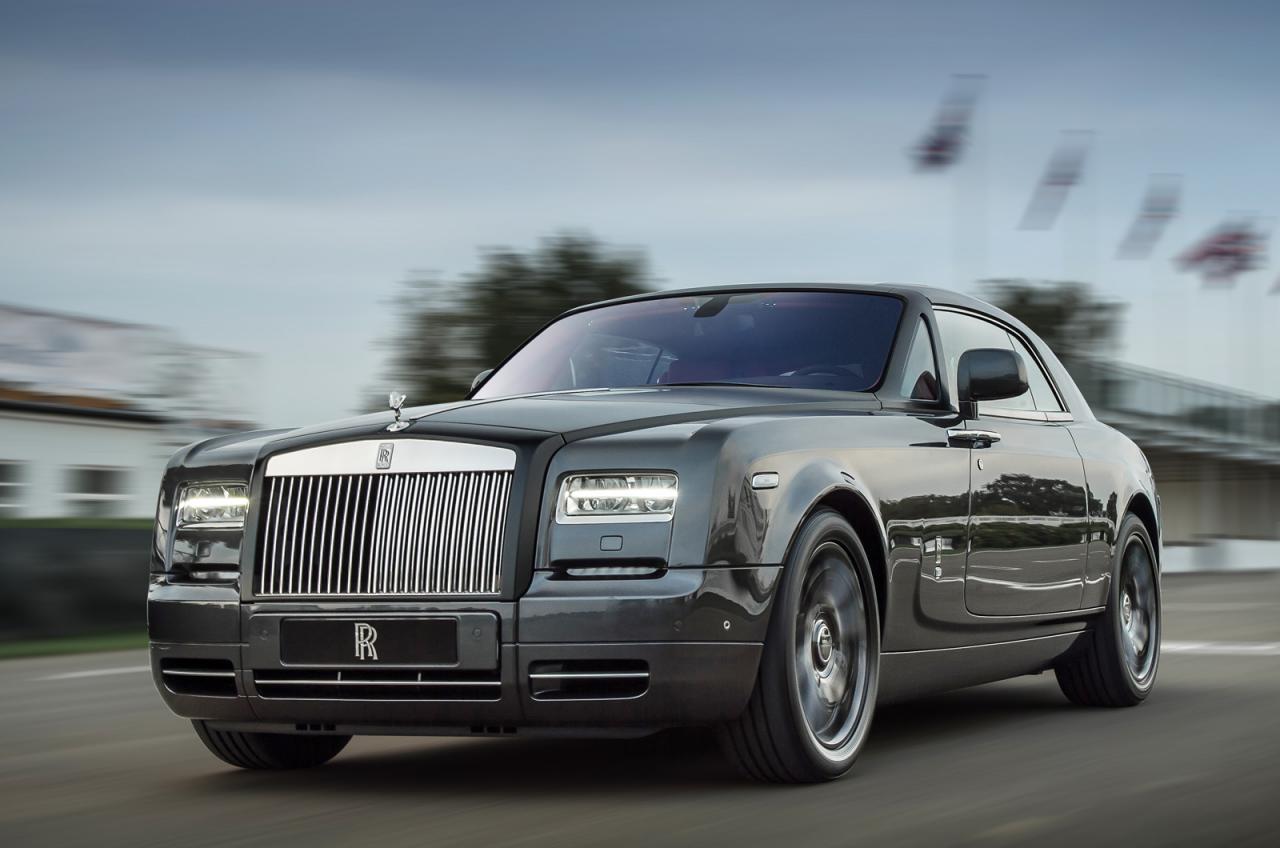 Rolls-Royce has unveiled another unique version of the Phantom coupe. This time it’s called the Phantom Bespoke Chicane Coupe, inspired by the Goodwood racing circuit in the UK. 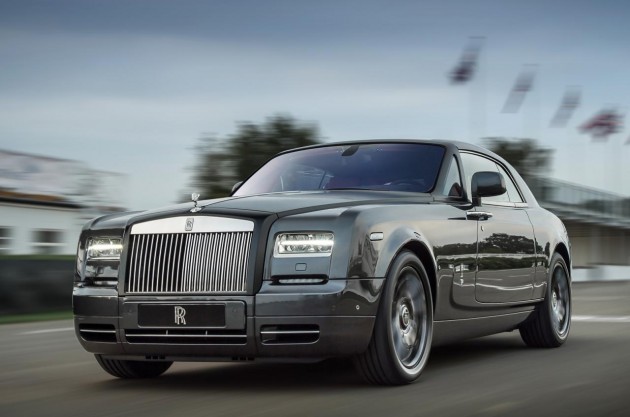 As you can see, everything is showcased in a matt black and gunmetal grey colour scheme, including the wheels, the A-pillars, bonnet, and side mirrors, and the elegant two-door body.

Inside, you’re hit with a deep red leather upholstery which gives the whole thing some powerful contrast. There’s also a number of unique dark grey and black features, including piano black trimmings and carbon fibre inserts. 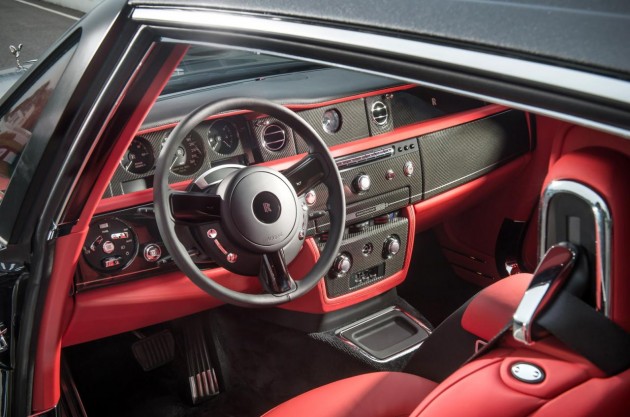 To top it all off there’s a special plaque with the layout of the Goodwood track inside the glovebox, while a chequered flag motif is etched onto the seats.

It’s unknown at this stage if Roll-Royce will release the special edition onto the market as a limited run model. It’s nice to dream though isn’t it?