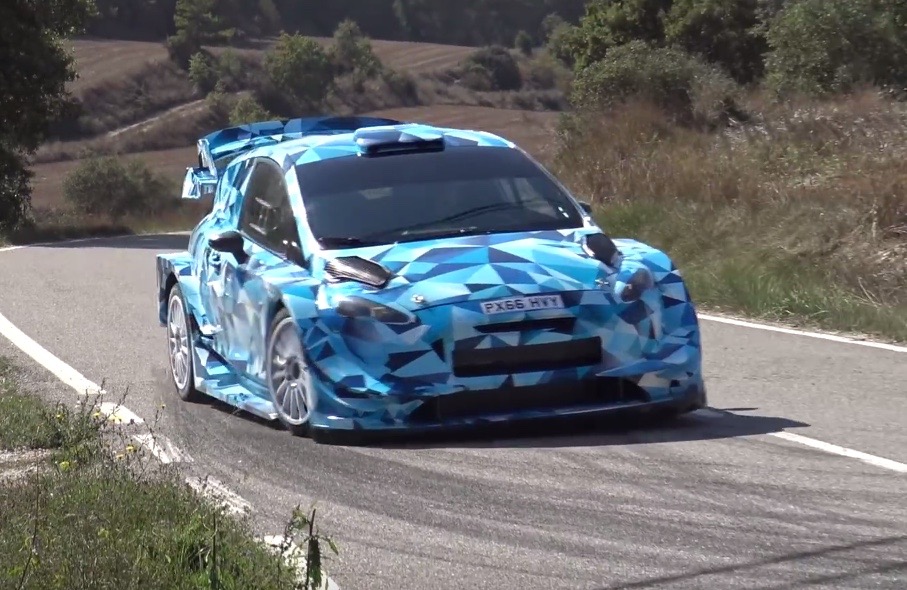 The 2017 World Rally Championship iteration of the next-generation Ford Fiesta has been previewed in an official video, giving us the best look yet at the styling treatment of the upcoming model. 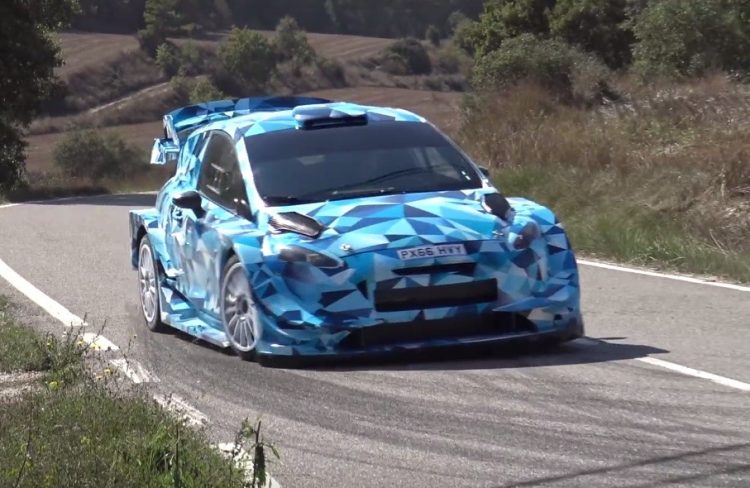 The Fiesta WRC is the latest in a long line of manufacturers to preview their contenders for next year. Other entrants include VW Polo, Citroen C3 and Toyota Yaris. The change in rules next year allows more aggressive aerodynamics as well as higher power outputs and a lower weight cap. This means pumped guards and a more dramatic appearance for the punters.

The video showcases the M-Sport WRC Fiesta being belted along the sunny Spanish countryside, with some Ken Block-esque handbrake work thrown in for good measure. Maybe not up to the standard of Gymkhana 9, but that’s a different demographic anyhow.

The next Fiesta has a lot riding on its shoulders. The video gives us a clearer look of its horizontal rear light treatment seen in several spy shots, plus the evolutionary styling carried from the front to the sides.

Three and five-door versions of the highly successful small car are set to continue and this rally version could potentially hint at styling treatment for the inevitable ST version, which may or may not receive three-cylinder power.