The all-new Infiniti Q50 sedan has just been unveiled at the 2013 North American International Auto Show in Detroit. The sleek sedan will be the replacement to the current G sedan, and will launch in Australia later this year. 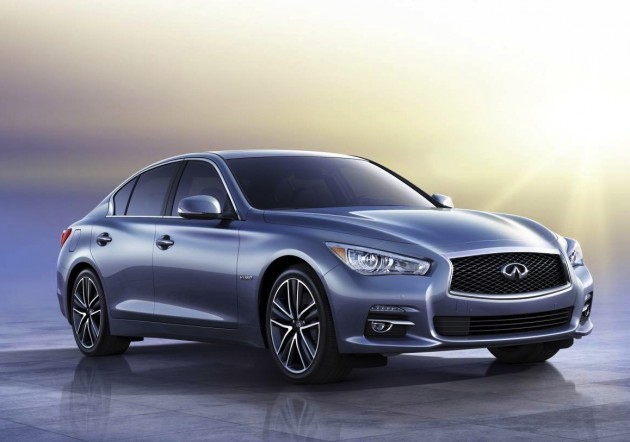 Sitting just underneath the current M sedan, the Q50 will rival the likes of the BMW 3 Series, Mercedes-Benz C-Class, and perhaps most directly, the new Lexus IS range.

Power will initially come from two engine options, including a 3.7-litre V6 petrol producing 245kW, and a Q50 Hybrid using a 3.5-litre V6 and an electric motor for a combined output of 264kW. 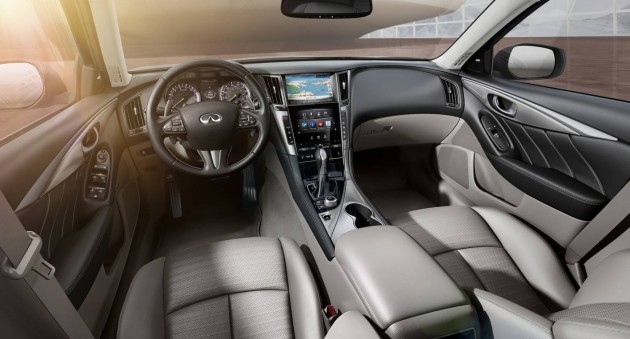 Inside, the Q50 is filled with modern luxuries and technologies. The seats, for instance, have been specially made to distribute body pressure evenly, gently wrapping the contours of the passengers. The quiet cabin also features something Infiniti calls Active Noise Control, which cancels out intrusive low frequency noises using four door-mounted speakers.

Passengers are also pampered by the soothing sounds of a Premium ‘Studio on Wheels’ Bose audio system, with 14 speakers and Advanced Staging Technology. The unit incorporates satellite navigation and a comprehensive set of parking cameras.

Although prices are yet to be announced, Infiniti Australia says the new model is scheduled for a local launch during the fourth quarter of this year.