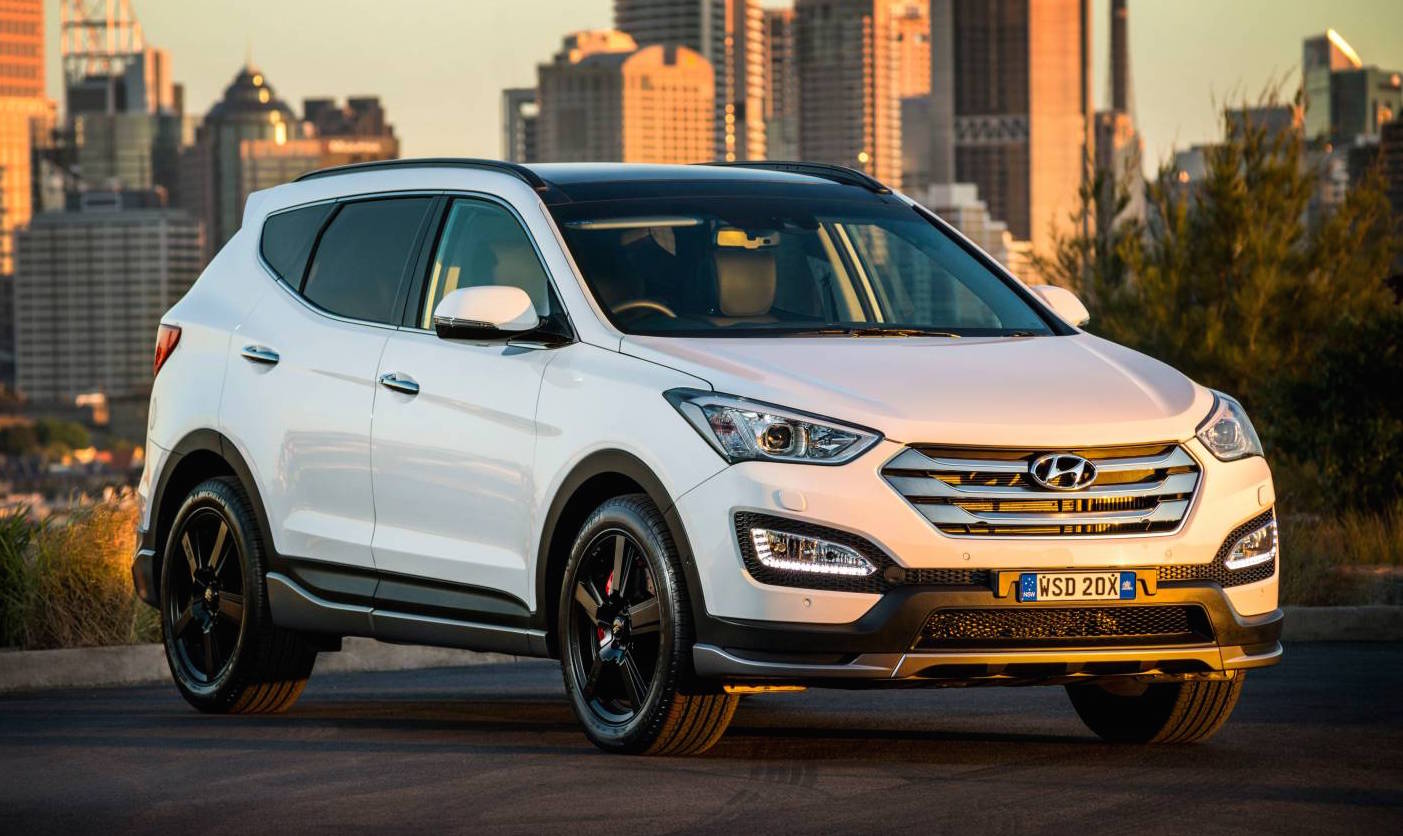 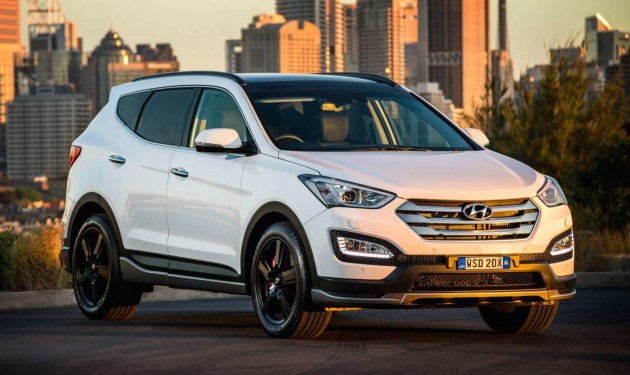 The Santa Fe SR was revealed last year but it has taken the company some time to fine-tune the setup, which was developed by Hyundai’s Customising Team in South Korea.

Some of the features are fairly serious too, especially for a mainstream SUV. Underneath is a comprehensive suspension setup incorporating Aussie-tuned H&R springs which are six per cent and 11 per cent stiffer, front and rear. Paired with these are Mando dampers.

From there, Hyundai has fitted up some aftermarket-style OZ Racing ‘Versilia’ 19-inch alloy wheels wrapped in Michelin Latitude Tour tyres measuring 235/55. Behind these are a set of Brembo brakes with four-piston calipers, and 340mm front and 302mm rear discs.

To complete the package the exterior is given a quick makeover, including a subtle bodykit with a front spoiler, side skirts, and a diffuser at the back. Needless to say, it is the sportiest production SUV Hyundai has made for the local market.

Aside from the performance character, the SR becomes the new range-topper. This means it comes with everything from a 12-way power driver’s seat, heated and cooled front seats, heated second row seats, a 10-speaker sound system, and a 7.0-inch touch-screen interface with sat-nav.

In the engine compartment sits the 2.2-litre turbo-diesel four-cylinder engine as found in the regular Santa Fe. It produces 145kW of power and 436Nm of torque. PerformanceDrive has timed 0-100km/h in 8.4 seconds in the Elite variant. 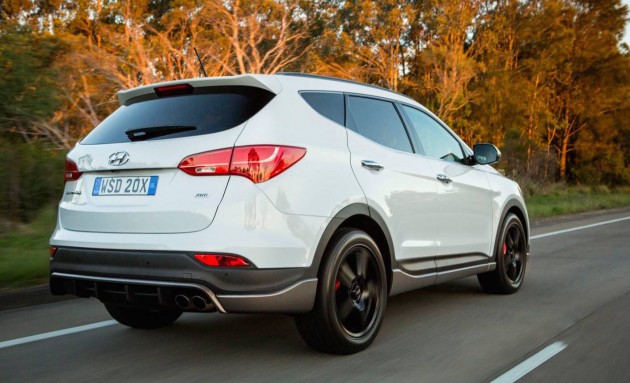