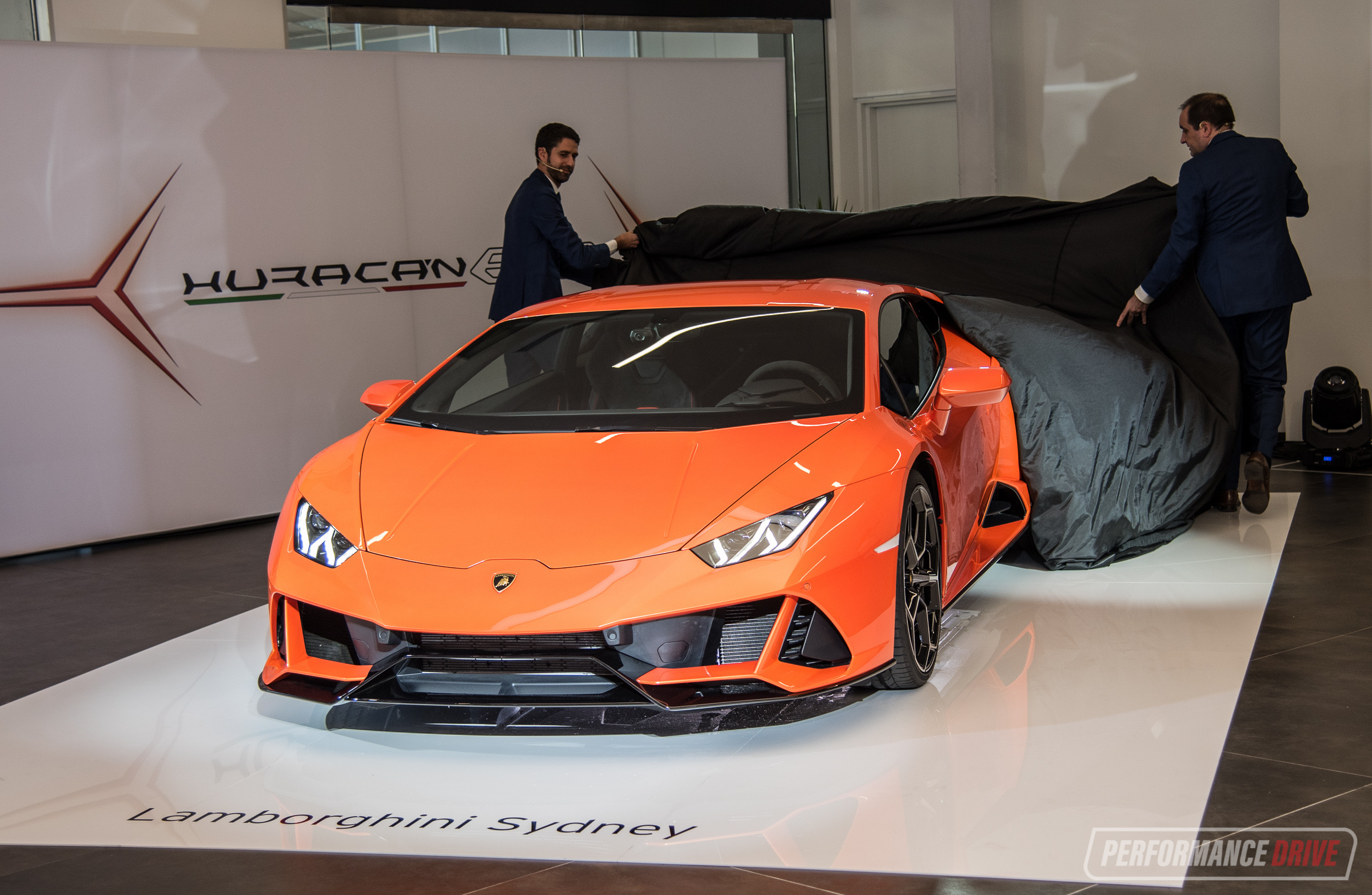 The spectacular new Lamborghini Huracan EVO made its Australian debut today, at the recently revamped and expanded Sydney showroom. 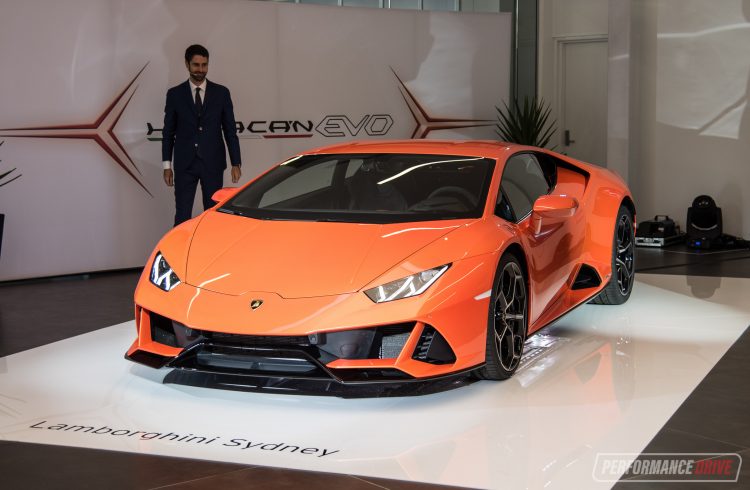 This is, as the name suggests, an evolution of Lamborghini V10 supercar. Lamborghini has released a number of different versions of the Huracan since it was originally launched in 2014. And you could say this EVO combines all of the greatest elements, while adding some all-new tech.

At the heart of it all is the new Lamborghini Piattaforma Inerziale 2.0, which is essentially the car’s central nervous system and brain. Thanks to gyroscope sensors and accelerometers, the ‘PI’ system is able to constantly monitor all areas of driving to fully optimise performance.

This means the steering, the magneto rheological suspension, and engine and gearbox all communicate with one another, while also factoring in what the driver is doing and what driving modes are engaged. Essentially, the Huracan EVO can be driven at serious speed, without fuss. 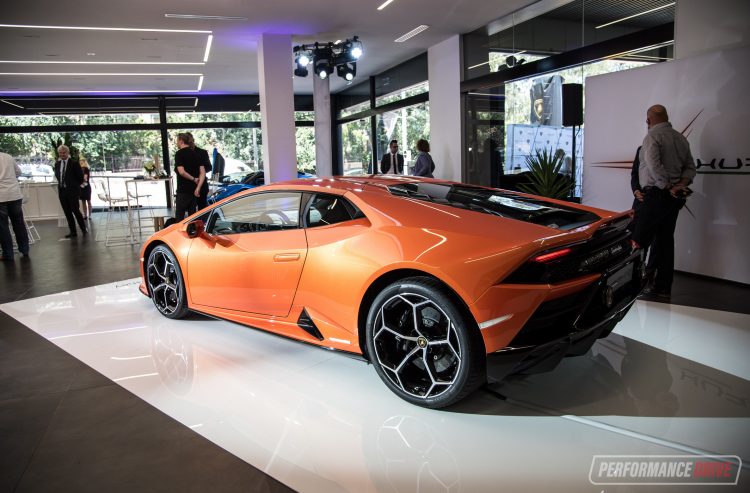 Is it fast? You bet. Acceleration from 0-100km/h takes just 2.9 seconds, making it one of the quickest vehicles in this specific class, with 0-200km/h coming up in 9.0 seconds. This is incredible performance for what is really an ‘entry-level’ supercar. Well, entry level in terms of it opens the showroom range.

This isn’t all about speed in a straight line, though. Oh no. Lamborghini has brought together all of its knowledge gained from the astonishing Huracan Performante, which held the Nurburgring lap record for a while there, and poured it into the EVO. 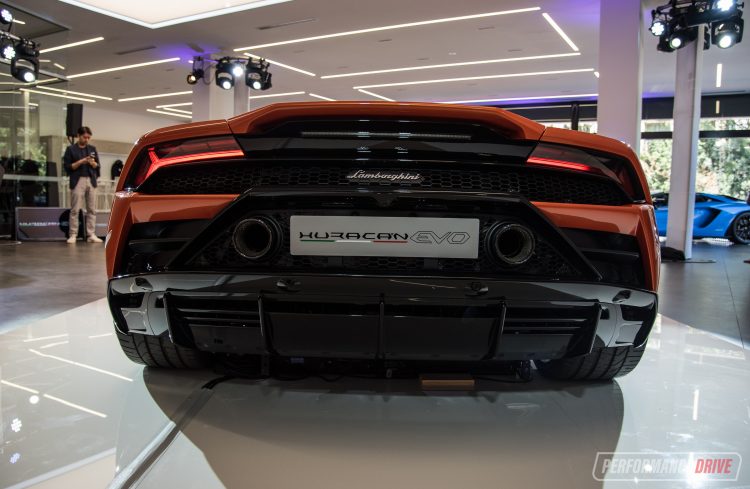 Although the EVO is not pitched as a track car like the Performante, it still offers proper active aero and downforce, and it comes with advanced four-wheel steering. Depending what mode the driver selects, the EVO can be driven as an everyday (or every weekend) car in Strada mode, or this can be dialled up to Sport mode for some spirited runs up in the mountains, or selecting Corsa mode for hardcore driving.

Also helping out with practicality is the refreshed interior. Unlike the previous Huracan models, the EVO does away with the complicated buttons on the dash fascia and instead introduces a new 8.4-inch tablet-style touch-screen for the on-board media and climate. Being a Lambo, even the touch-screen system presents awesome graphics and athletic design themes. 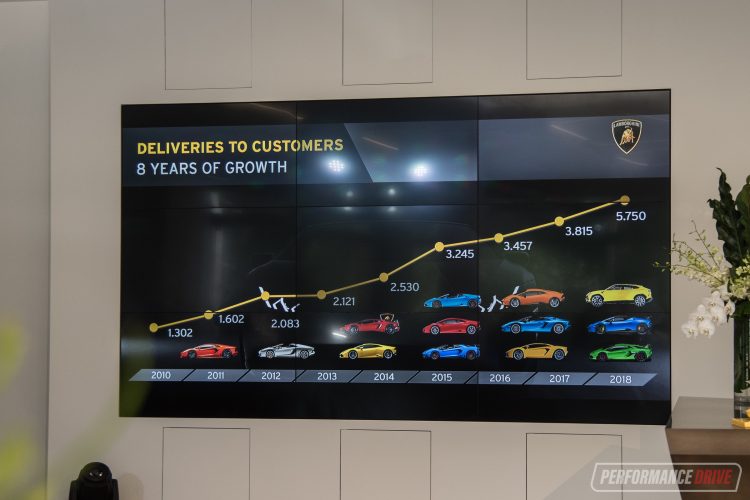 As for the revamped dealership in Sydney, this is part of Lamborghini’s plans for product updating this year. The expansion also assists with growing demand for Lamborghini vehicles.

The company posted another consecutive annual sales record in 2018, selling 5750 vehicles, up from 3815 units, globally, in 2017. The new Urus SUV has already landed here and is fast-becoming the best-seller for the brand locally.

In the Asia Pacific market, the Urus contributed 363 sales in 2018, comparing well with 354 Aventadors and 576 Huracans. And this is despite the Urus only being on sale for a portion of the year. 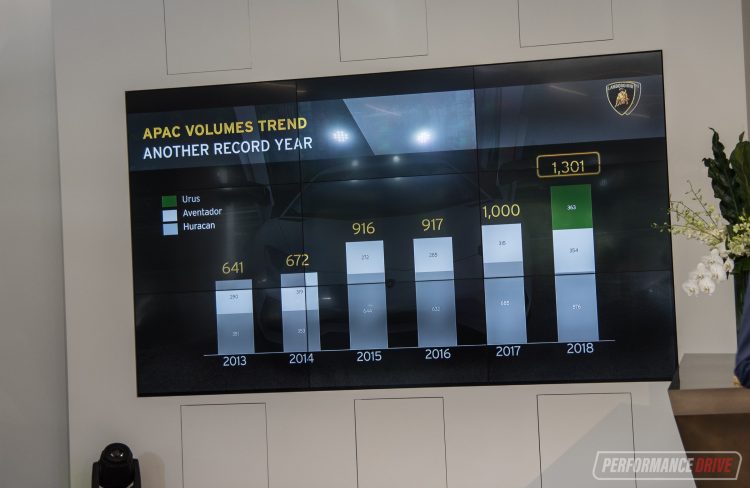 The new Lamborghini Huracan EVO is available to order now in Australia, with prices starting from $459,441 (excluding on-road costs). Deliveries are slated to commence during the third quarter of this year.

For more reading and videos of the Huracan, you can see our previous reviews linked below: