Do you want a car that’s fast and raw, and one that provides you with a real man and machine concord? Maybe this video that has just been put up by KTM will provide you with an answer. It captures a KTM X-Bow RR lapping the Nurburgring in Germany in just 7:25.72. 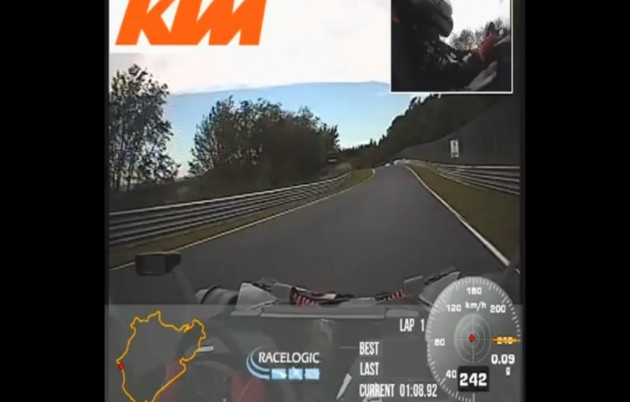 The KTM X-Bow RR is a seriously bare-boned two-seater sports car – it doesn’t even have a windscreen. There’s lots of carbon fibre and fibreglass in its structure allowing it to be very lightweight – under 790kg – while the suspension and major chassis components are all focused on pure performance. 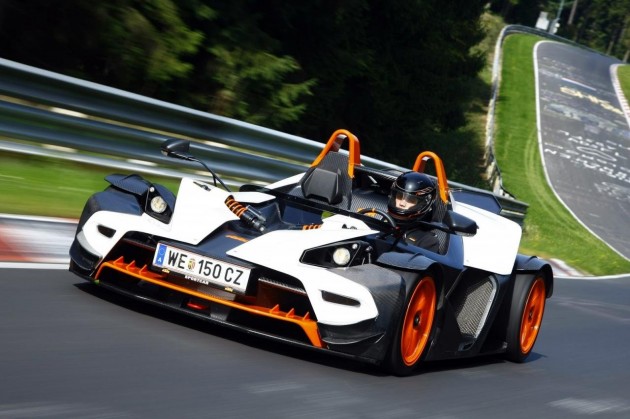 As for propulsion, it comes from an Audi 2.0-litre TFSI turbocharged four-cylinder engine producing 265kW. All that grunt is sent through a six-speed manual transmission and into the rear wheels.

Click play below to see how the lap went. You have to love the real-time telemetry, and the chirping wastegate sounds.