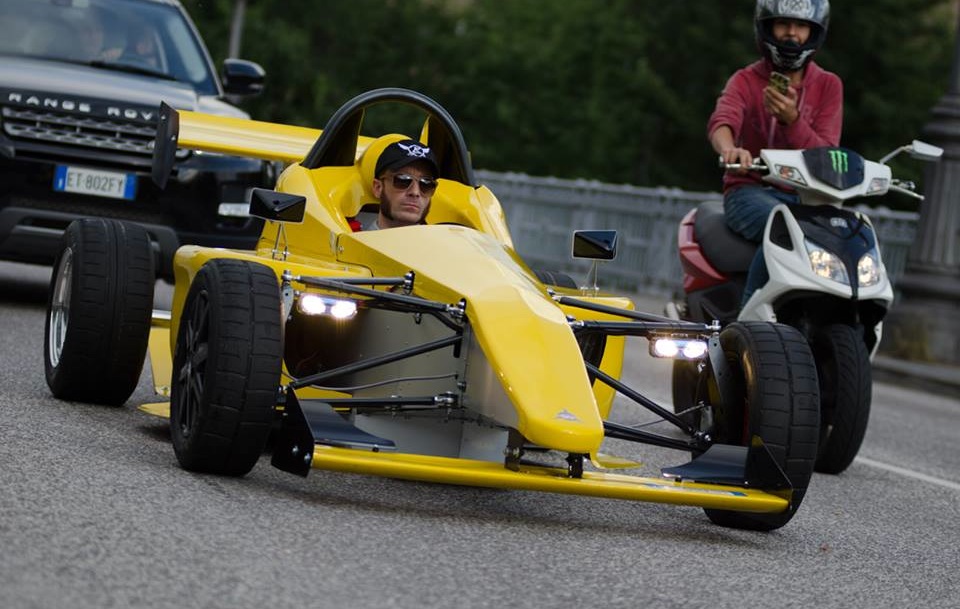 An Italian entrepreneur and head of Egoista Motors has turned to crowdfunding to create an affordable and environmentally-friendly single seat racer for the road; the EM 01 Stradale. 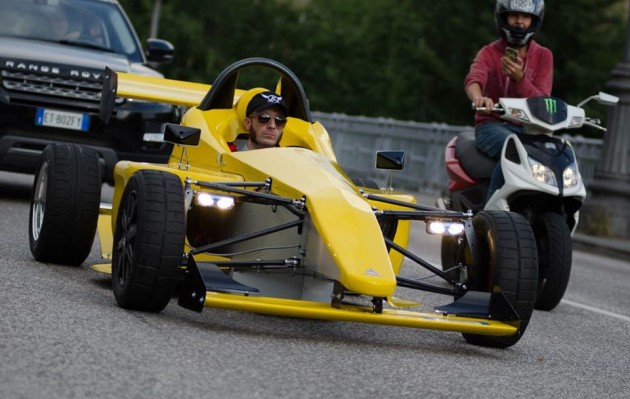 Luca Fazzi is the CEO and test driver of Egoista Motors, and has signed up one of the founders of Fisker Automotive, Gianfranco Pizzuto, as an advisor to the company.

EM 01 kits will be available for as little as $9999, plus delivery, with an already-assembled Hybrid model being priced at around $25,000. Details are still a bit sketchy, but the company is claiming performance stats of an electric or hybrid powertrain that will take the EM 01 from 0-100km/h in less than 3.0 seconds, and up to a claimed 300km/h, with a range of up to 450km with a range extender. The hybrid model will feature an unspecified electric powertrain, connected to a motorcycle engine for extra performance.

The company’s crowdfunding page on Indiegogo explains that the first stage of the campaign is to raise $100,000 or more to “fulfill the vehicle registration process for using this car 100 per cent legally on a public road”. Step two, at the $500,000 mark, will cover general improvements and price lowering for components used, as well as driving improvements. Step three, at the $1 million mark, will take the Italian-based manufacturer to Singapore to collaborate with Nanyang Technology University to utilise their battery technology. The company says,

“The researchers have recently created a new kind of battery that charges super-fast, (in minutes, not hours!) has a shelf life of 20 years. They used a new gel material made from titanium dioxide for the anode instead of the traditional graphite material used in most lithium-ion batteries. Titanium dioxide is safe to use, cheap, and easy to get from the soil.”