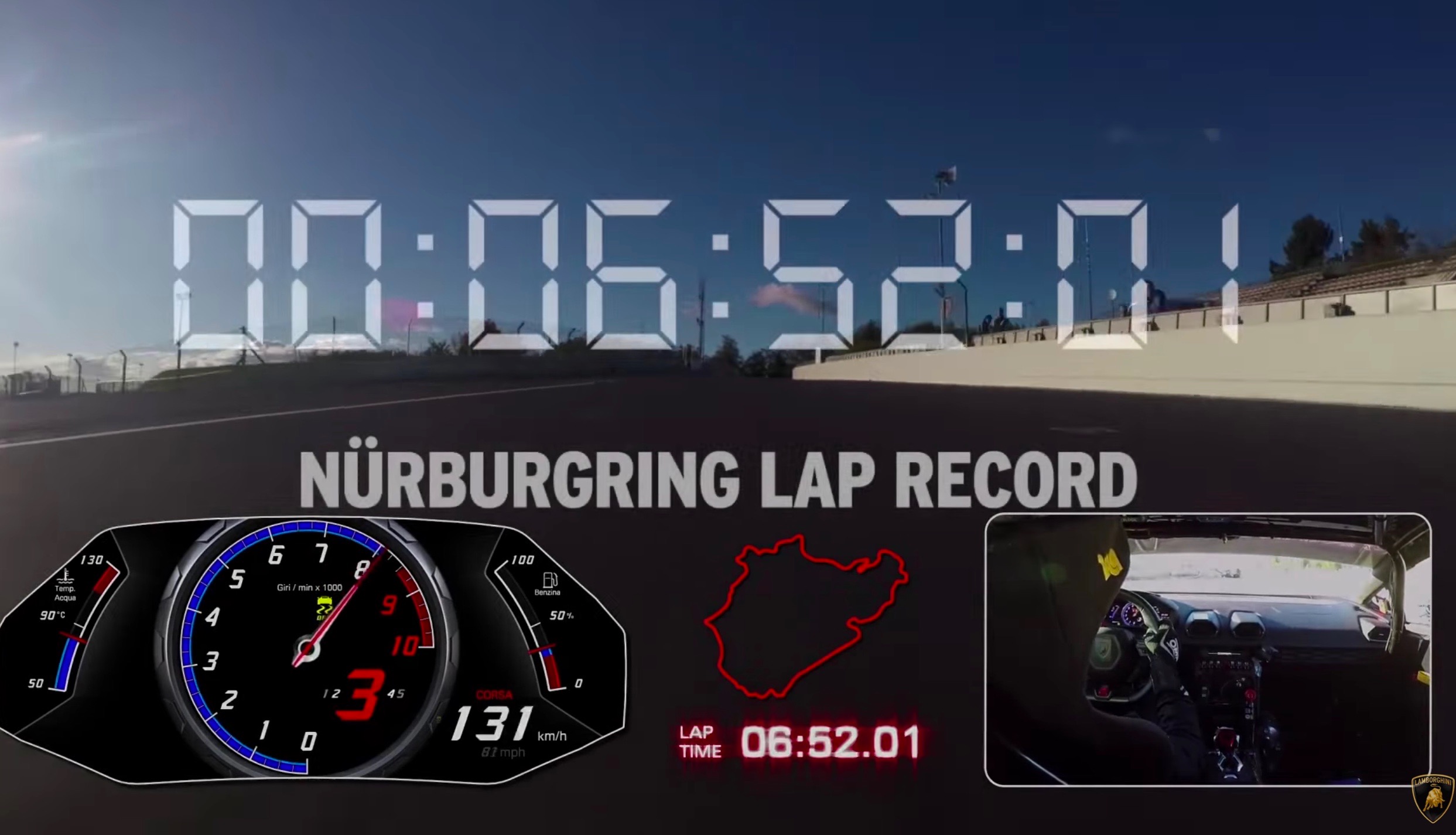 Lamborghini isn’t usually at the top of lap time charts, as it normally isn’t all that interested in outright lap times. However, the new Huracan Performante has changed all that by setting a new world record at the infamous Nurburgring. 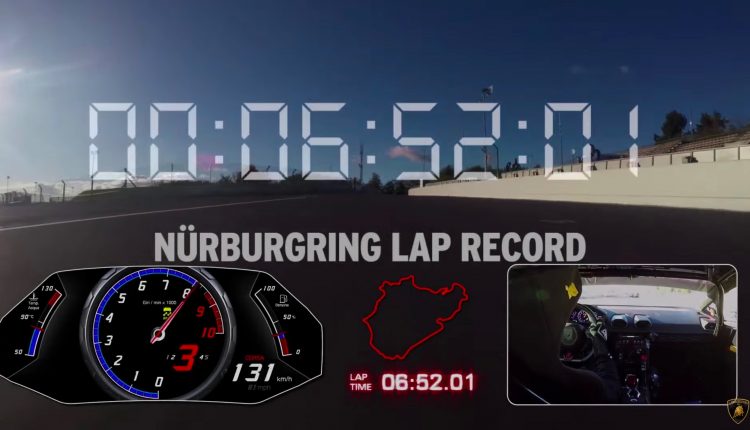 The upcoming supercar, which hasn’t even been revealed in full yet, set a blistering time of 6:52.01 at the notoriously unforgiving ‘Ring. This is the new production car lap record, with everything else in front of it either a racing car or a one-off special edition not intended for the street – the Performante will join the regular showroom range.

In the hands of test driver Marco Mapelli, Lamborghini set the record with a pre-production prototype back in October using a set of standard Pirelli Trofeo R tyres. The astonishing time betters the previous official record of 6:57 set by Porsche and its 918 Spyder hybrid hypercar.

Details on the specifications of the new Huracan variant are yet to be confirmed, but speculations suggest it will be getting a tweaked version of the standard 5.2-litre naturally aspirated V10. Power could be lifted from 449kW to around 480kW.

Aside from the increase in output, the main focus of the car will be weight reduction. Word has it Lamborghini may have stripped around 50kg from the car’s kerb weight. This is expected to be done through a range carbon fibre parts-swapping, and some stripping of the car’s more exuberant creature comforts.

Regardless of how it has done it, Lamborghini is officially of the king of the Nurburgring. Don’t believe it? You can check out the full-lap video below for proof. The car and driver make it look easy.