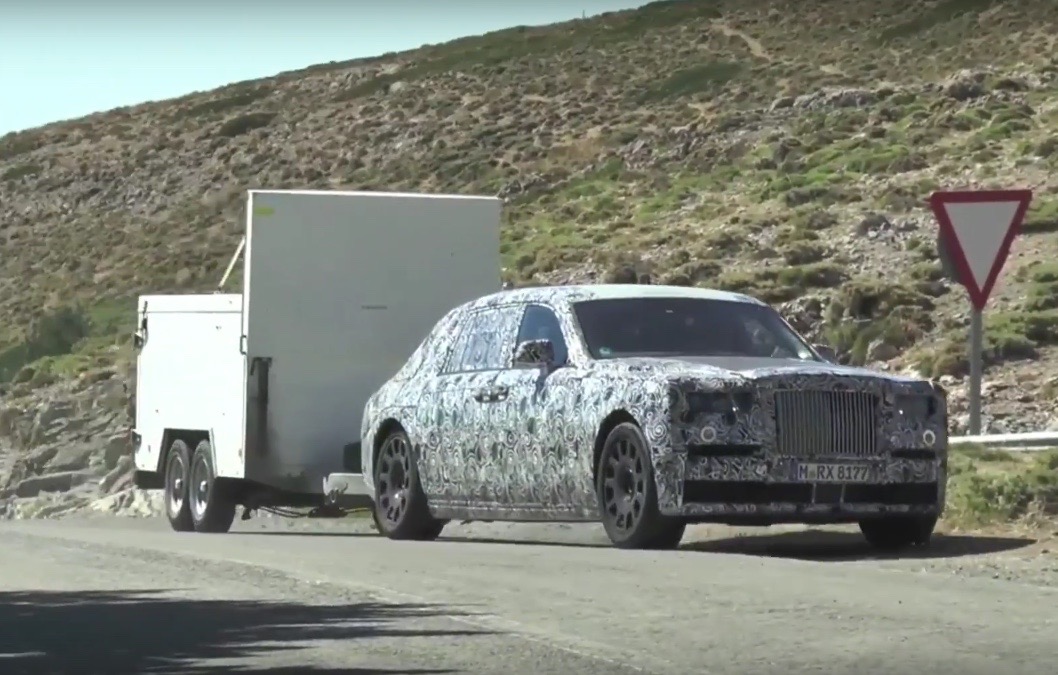 Rolls-Royce’s second-generation Phantom has been caught doing the rounds in sunny Spain, towing a weighty cargo trailer to test its torque and torsional rigidity. 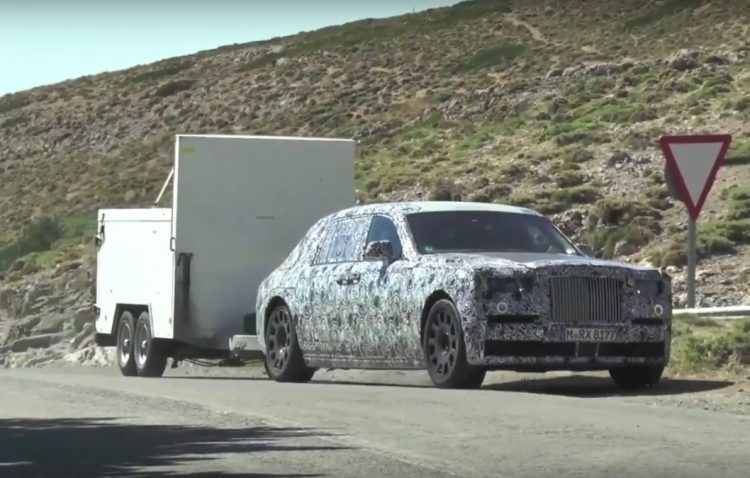 Rolls has already released teaser images showing the artisans of Goodwood meticulously testing panel gaps of an aluminium-bodied prototype, and even released an image of a full-size prototype.

The new model could incorporate carbon fibre like the BMW 7 Series and its CLAR architecture. The current Phantom weighs a Patrol-crushing 2635kg, and given the G11 7 Series’s 130kg Jenny Craig sucecss story, one could safely expect several hundred kilograms of flab to be shed from Phantom Mk II.

Interior spy shots seem to indicate it will ditch the traditional looking gauges in favour of a dual LCD screen setup like its Bavarian brethren.

Although cladding is minimal, the blocky silhouette will remain – no amount of camouflage seems to conceal the styling theme. Check out the video below to see what we’re dealing with.

As far as powertrain is concerned, all signs point to a derivative of the Ghost and M760iL’s 6.6-litre twin-turbo V12. In the video though, the Phantom prototype takes off with no hint of squat or engine noise, meaning it could potentially include electric propulsion as part of its repertoire.

One year after the second-generation Phantom lobs, it will be joined by the finished product of Project Cullinan; an SUV developed with the sole objective of making the Bentley Bentayga look like a Lada Niva.