Audi has revealed the newly revised Sport Quattro concept car just a week out from its official public unveiling at the Frankfurt Motor Show. Other than sporting a striking yellow colour scheme, the new version gets various styling tweaks and a powerful twin-turbo V8 hybrid powertrain. 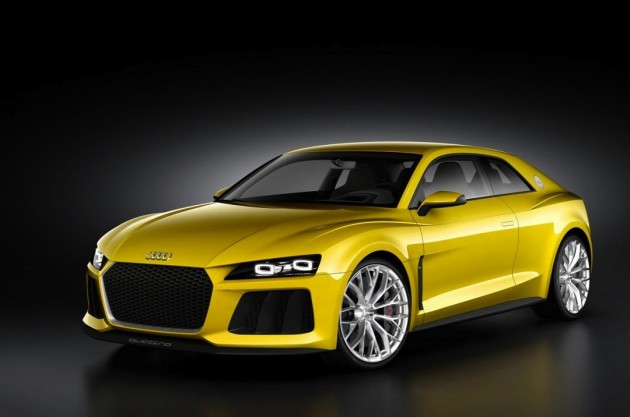 Compared with the concept of the same name from 2010, the 2013 version features a more aggressive front end with larger intakes and lots of dark, contrasting highlights. There’s also a new carbon fibre front splitter which blends into some new side skirts.

Why is it still quite heavy you might ask? Well, that’s down to the complex powertrain. It’s made up of a 4.0-litre twin-turbo V8 (also seen in the new RS 6) combined with an electric motor assist system and water-cooled lithium-ion battery. 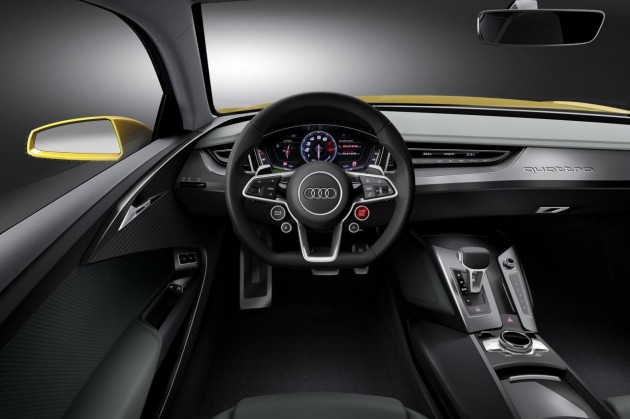 Inside, the interior has been swept over for a more modern and simplistic design, with clean surfaces, polished carbon fibre trimmings, a new touch controller for the multimedia interface, and absolutely no clutter.

Although this exact car and specifications is not set for production any time soon, a new model is expected to spawn from this in the next couple of years. For now, the Sport Quattro concept celebrates the 30th anniversary of the famous Audi Quattro from the 1980s.