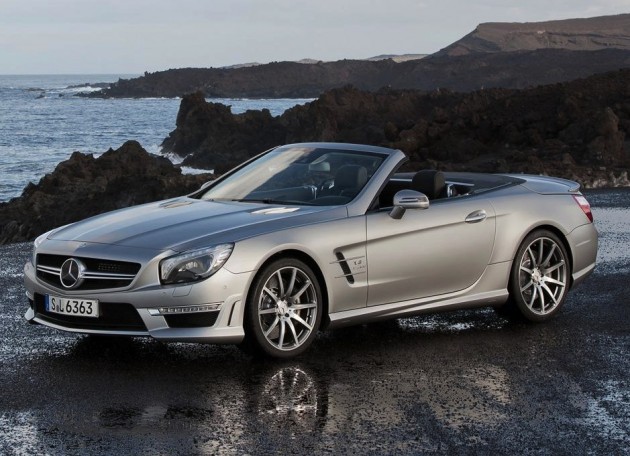 Featuring the new 5.5-litre twin-turbocharged V8 engine, the new SL 63 AMG produces 395kW of smacking power, and is capable of sprinting from 0-100km/h in 4.3 seconds. The new model will be available with AMG’s popular Performance Pack, which is able to do the sprint in 4.2 seconds using a 415kW uprated tune.

Assisting overall performance, Mercedes-Benz engineers have been working hard to reduce the flagship’s weight. The chassis is made from aluminium while various components are made from magnesium, resulting in 110kg shed from the outgoing model’s weight. Not only does this improve performance, it’s also helped the new SL AMG be 30 per cent more fuel efficient.

Official Australian combined fuel consumption figures are yet to be finalised, however, Euro figures convert to 9.9L/100km. Emissions are also reduced significantly from 328g of CO2/km to 231g/km. 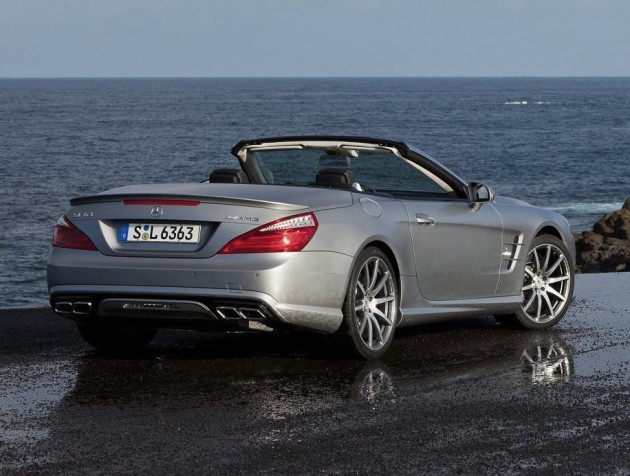 As for styling upgrades over the normal SL-Class, the 2013 Mercedes-Benz SL 63 AMG comes with a light sprinkling of racy features. There’s a more aggressive front end with a lower chin spoiler, along with new air intakes and vents for the high performance brake package, including heat-extraction vents behind the front wheels. At the back there’s a new diffuser arrangement with quad exhaust pipes in true AMG fashion.

Pricing and further details of the new model are expected to be released in the lead up to the launch of the normal SL-Class, around the middle of the year.