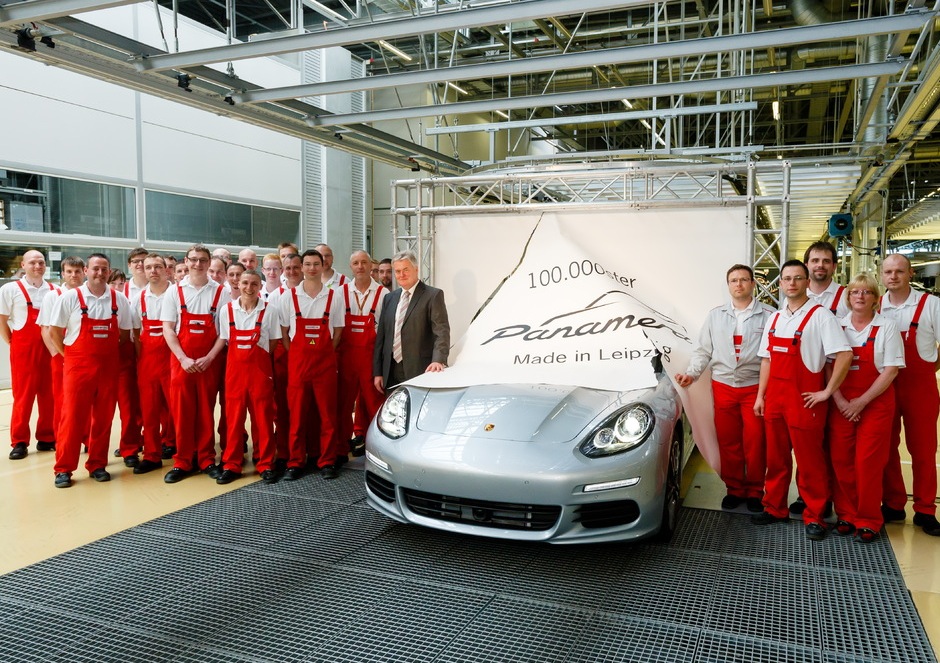 The 100,000th Porsche Panamera performance sedan has just rolled off the production line, marking a significant milestone for the company. The sedan first went into production in 2009. 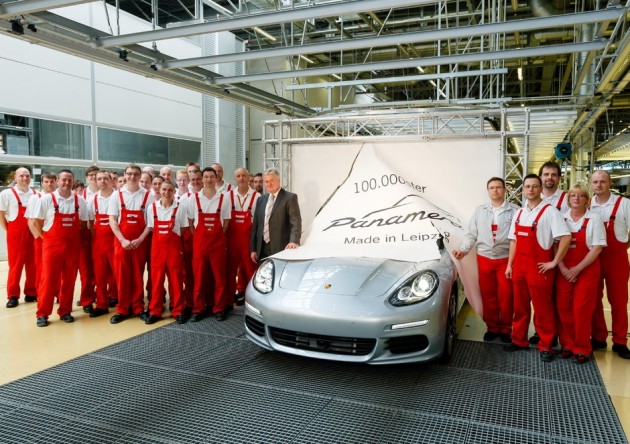 In Australia, the Panamera comes in seven different engine trim levels, including everything from a 3.6-litre V6 with 184kW, to a V6 turbo-diesel with 220kW, to the fire-breathing Turbo S with its 410kW twin-turbo V8. For the eco-enthusiasts, there’s also the S Hybrid with 279kW.

Power is sent through either a rear-wheel or all-wheel drive system, depending on the variant, and through a seven- or eight-speed automatic transmission (dual-clutch for the seven-speed).

The Panamera is produced at Porsche’s Leipzig manufacturing facility in Germany, where the 100,000th example has just rolled out the door. It was an S E-Hybrid version, in ‘rhodium-silver metallic’. Siegfried Bulow, chairman of the board of Porsche Leipzig GmbH, recently said,

“In over 120 countries, Panamera customers drive a Porsche that is ‘Made in Leipzig’ and sport this quality seal around the globe. The team and I are very proud of this.”

Since the beginning of the year, as at the end of April, Porsche has sold 35 examples in Australia.