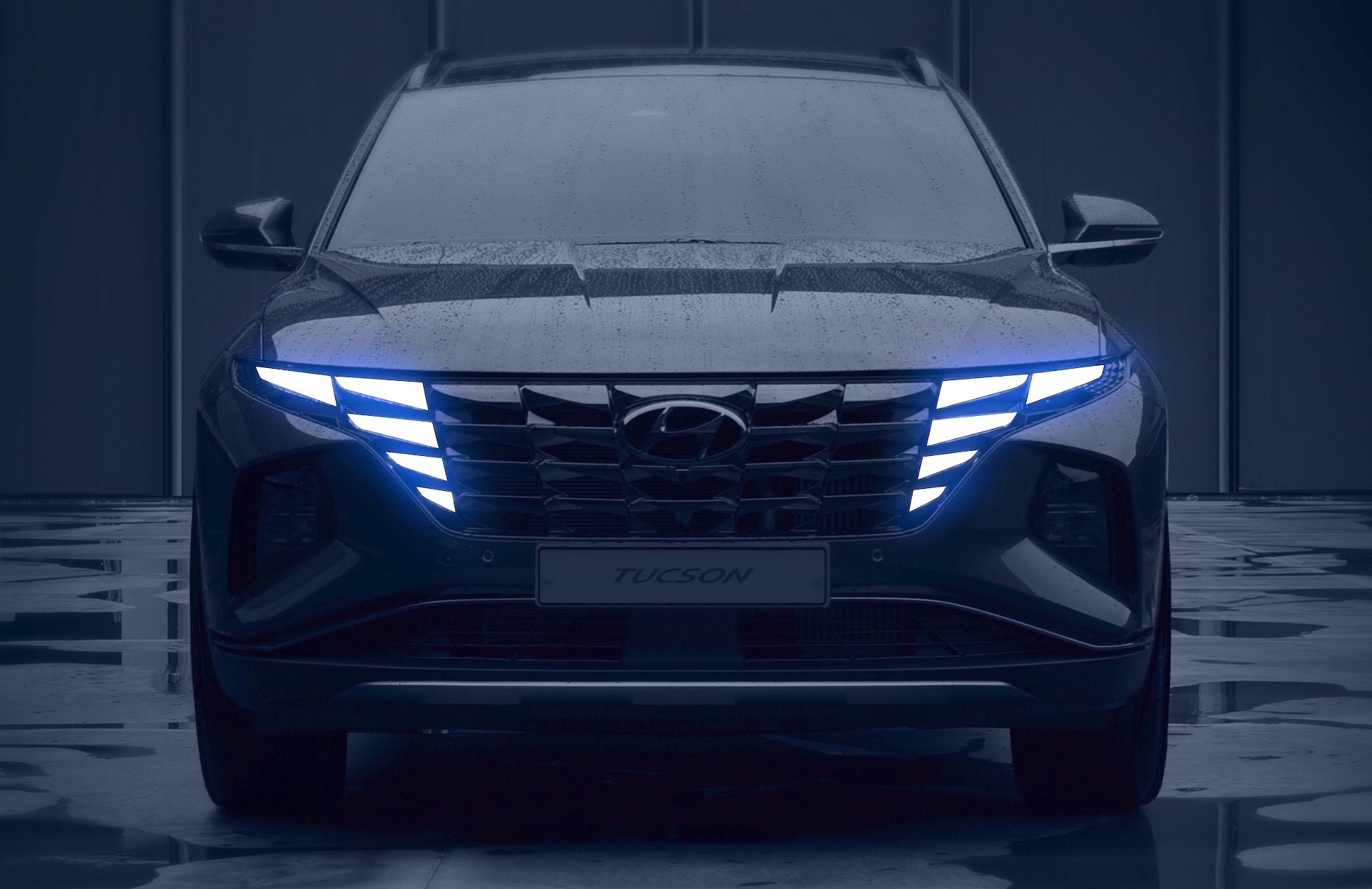 Potential details of a high performance Hyundai Tucson N may have leaked online, with evidence suggesting Hyundai’s 2.5-litre turbo could be on the way for the racy mid-sizer. It’s likely to come in as the most powerful SUV in the class. 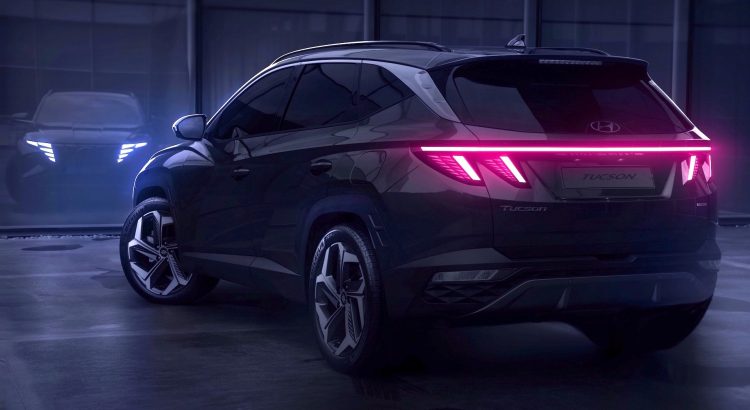 Hyundai will be unveiling the all-new Tucson on September 15. It’ll be the fourth generation model, showcasing a fresh design inside and out, and is expected to feature a range of new powertrain options including a 1.6-litre turbo hybrid producing around 169kW – a hybrid of some kind has been officially confirmed.

While the hybrid will no doubt offer impressive fuel economy, at the other end of the spectrum the long-rumoured Tucson N is set to offer outright speed and power. According to some recent findings that apparently show production schedule details, reported by Autospy, a Tucson N is on the way and is set to come with the company’s new 2.5-litre turbo engine. 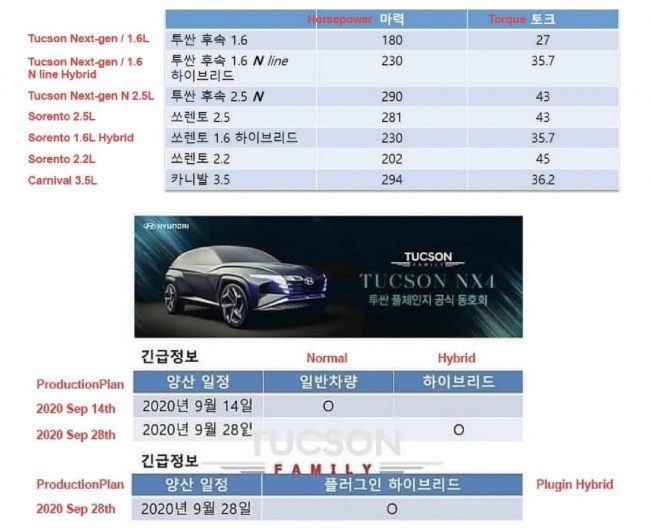 According to the spreadsheet, which seems to come from an internal schedule of some kind, the Tucson N will use a 2.5-litre turbo producing 290PS (213kW) and 422Nm. Although it doesn’t say it, the engine is matched up to Hyundai’s new eight-speed dual-clutch transmission in other Hyundai Motor Group products with this engine – this combination is set for the upcoming Sonata N Line as well.

The schedule also shows the Tucson N Line will feature a 1.6-litre hybrid producing 169kW. This is very likely to be the new turbo hybrid that was announced for the overseas-spec new-generation Kia Sorento back in February. Even with this amount of power it would come in as one of the sportiest SUVs in the mid-size class. 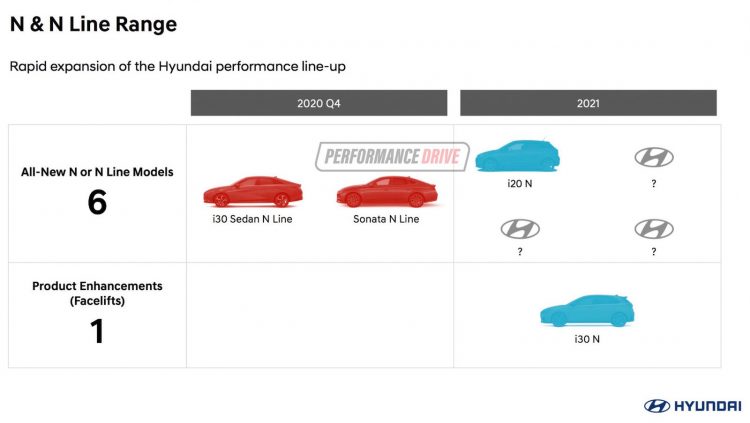 At this stage it is too early to know if the Tucson N will be made available for Australia, or if it is even going to be made in right-hand drive. However, the local arm has confirmed there are five new N models on the way (as shown in the official timeline above). One will be the i20 N, and another will be the facelifted i30 N. All are due to arrive in Australia next year.

The 1.6 hybrid might be reserved for markets that have proper emissions laws in place, however, the N Line package would go down nicely in the Australian market.

Stay tuned for the debut of the new Tucson next week. With a bit of luck, Hyundai might confirm some juicy details of the N or at least the N Line.