Chris Harris recently had the opportunity to test out the new 2013 Mercedes-Benz SL 63 AMG in France, and has posted a neat video review. The new SL-Class is set to arrive in Australia during the third quarter of this year. 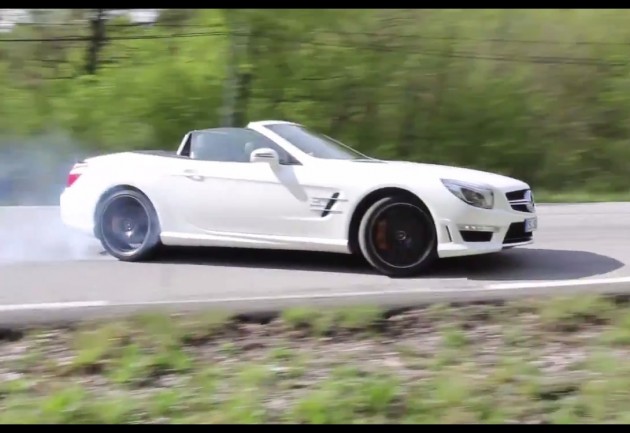 The new SL 63 AMG is a significant new model. It features the latest 5.5-litre twin-turbo V8 engine offering good fuel economy (for a V8), with a combined rating of 9.9L/100km, while the overall weight of the car has been shed by an impressive 125kg.

Mercedes-Benz have managed to make the new model stronger and more rigid in the process. It weighs 1845kg all up, and with 395kW and 800Nm on board, the power-to-weight ratio is improved considerably over the outgoing model.

Pricing for the Australian market is yet to be finalised, however, the outgoing version sells for around $420,000. The AMG version is set to arrive along side the SL 65 twin-turbo V12 early next year, while the standard SL-Class will arrive later this year.

Click play on the video below for a taste of what the twin-turbo is like on the road.