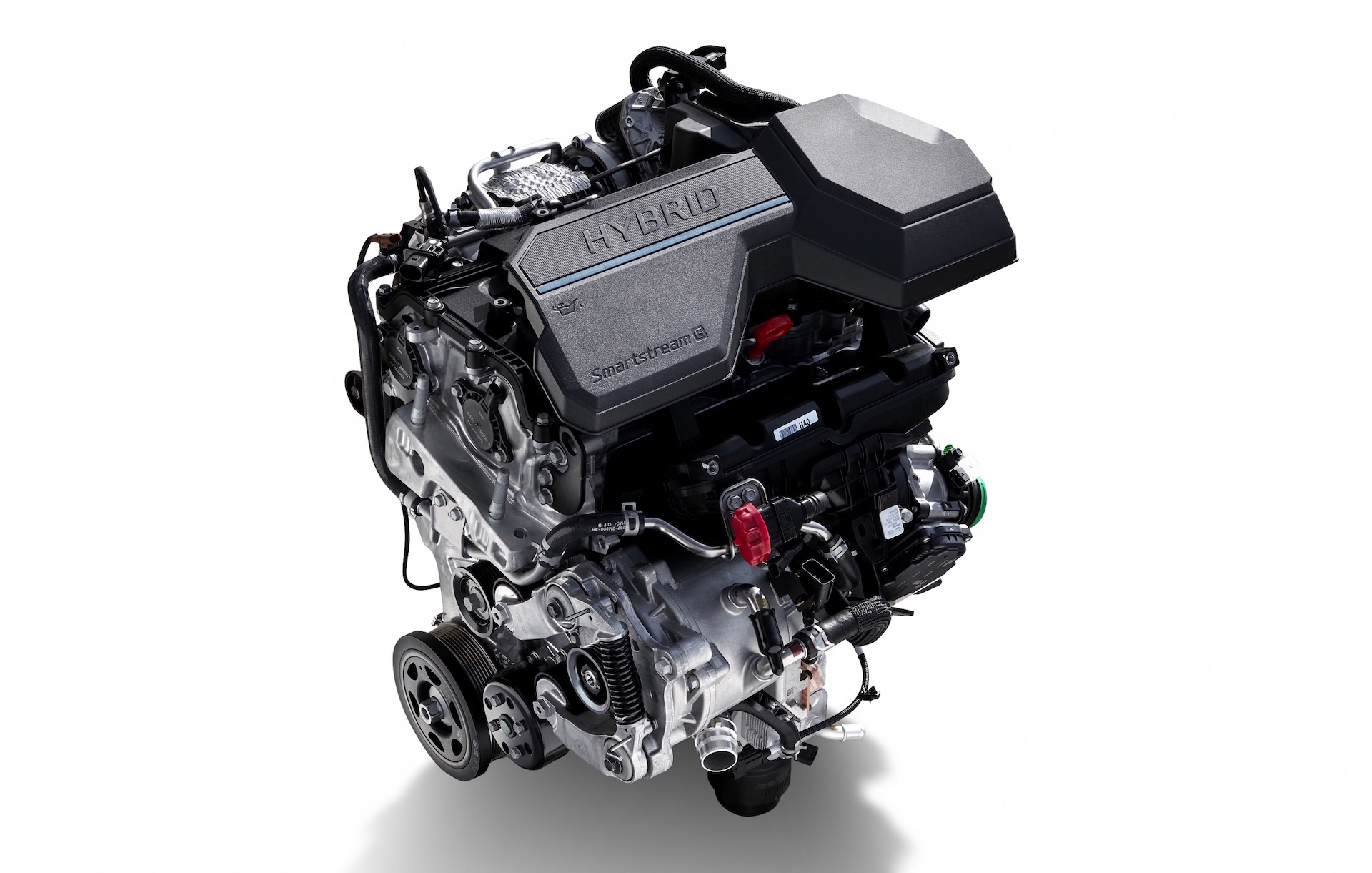 It’s been confirmed, the new 2021 Kia Sorento will debut a new T-GDi 1.6 turbo hybrid powertrain, as well as an updated 2.2 turbo-diesel. The SUV will also be offered the 2.5-litre turbo-petrol T-GDi that we saw with the latest Optima GT. 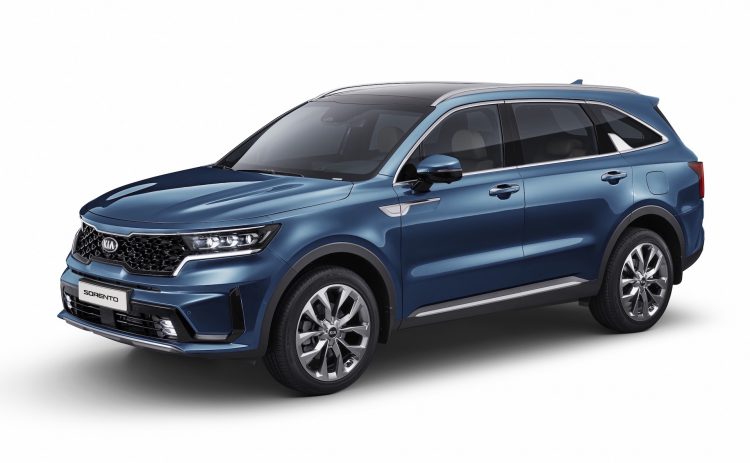 Unlike many hybrids on the market at the moment, this setup is set to be matched to a six-speed torque convertor automatic. Kia hasn’t outlined the complete drive configuration, but as far as we know the unit will be offered in both front- and all-wheel drive forms. However, specific market availability is yet to be confirmed.

Combine it all together and Kia says the hybrid develops 169kW of power and 350Nm of torque. Acceleration figures haven’t been mentioned just yet but the company says the system offers “high levels of performance” as well as low emissions.

Kia also says that thanks to the clever packaging of the new platform on which the 2021 Sorento sits, the components for the hybrid setup don’t impede on passenger space or cargo capacity. The components consist of a 44.2kW electric motor and a 1.49kWh lithium-ion polymer battery pack. 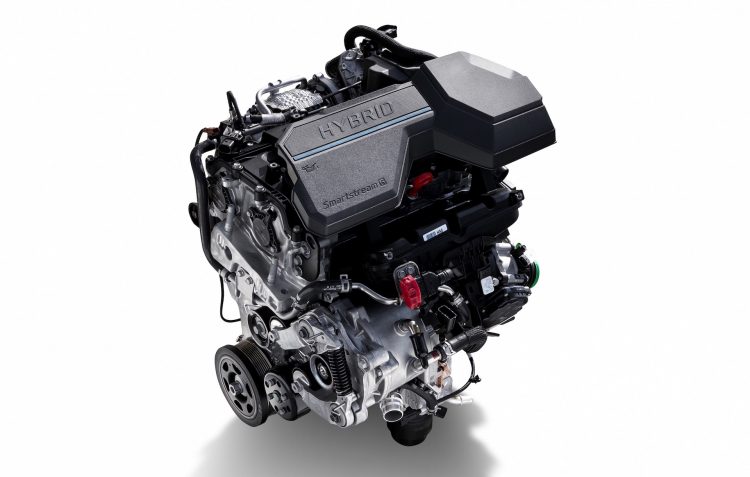 Also confirmed today is the suspected 2.5-litre ‘Smartstream’ T-GDi turbo-petrol four-cylinder. This engine debuted recently with the overseas-spec 2020 Optima GT. In the 2021 Sorento the unit produces 207kW and 421Nm, and comes matched to a new eight-speed dual-clutch automatic transmission.

Kia hasn’t specifically said it but we’re assuming this engine will be available on some kind of ‘GT-Line’ or ‘GT’ variant of the Sorento. It will be available from launch in Korea and North America, and may not be offered in Australia, at least until later down the track. 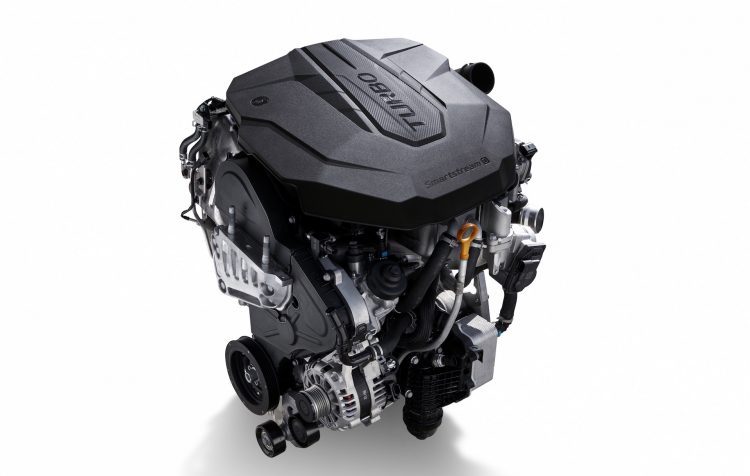 Lastly, the 2.2-litre turbo-diesel four-cylinder comes in for some minor revisions. The engine, now adopting the ‘Smartstream’ family name, produces 149kW and 440Nm. This is only just up on the current unit that develops 147kW (440Nm), however, we suspect the output might be the same only the figures have lost some accuracy in translation.

Most interesting is the fact that this diesel engine will come paired to the group’s new eight-speed wet dual-clutch automatic transmission. It promises smooth shifting characteristics but superior efficiency over a dry dual-clutch arrangement. 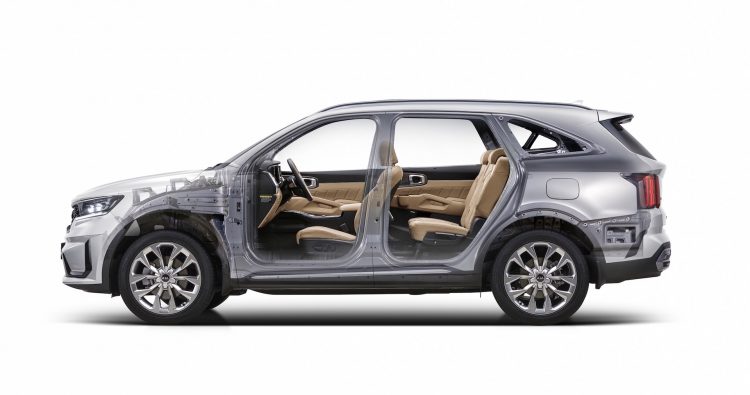 In related news, Kia has supplied some more detail regarding the new platform. It will see the SUV’s overall length stretch by 10mm over the outgoing model, with 35mm added to the wheelbase to increase passenger room. This platform, along with these new engines are set to be adopted for the 2021 Hyundai Santa Fe later this year.

More details will be revealed during the Sorento’s big debut at the Geneva motor show, starting March 3. Kia Australia is yet to provide timing and local specs, but it is expected to land here before the end of the year.