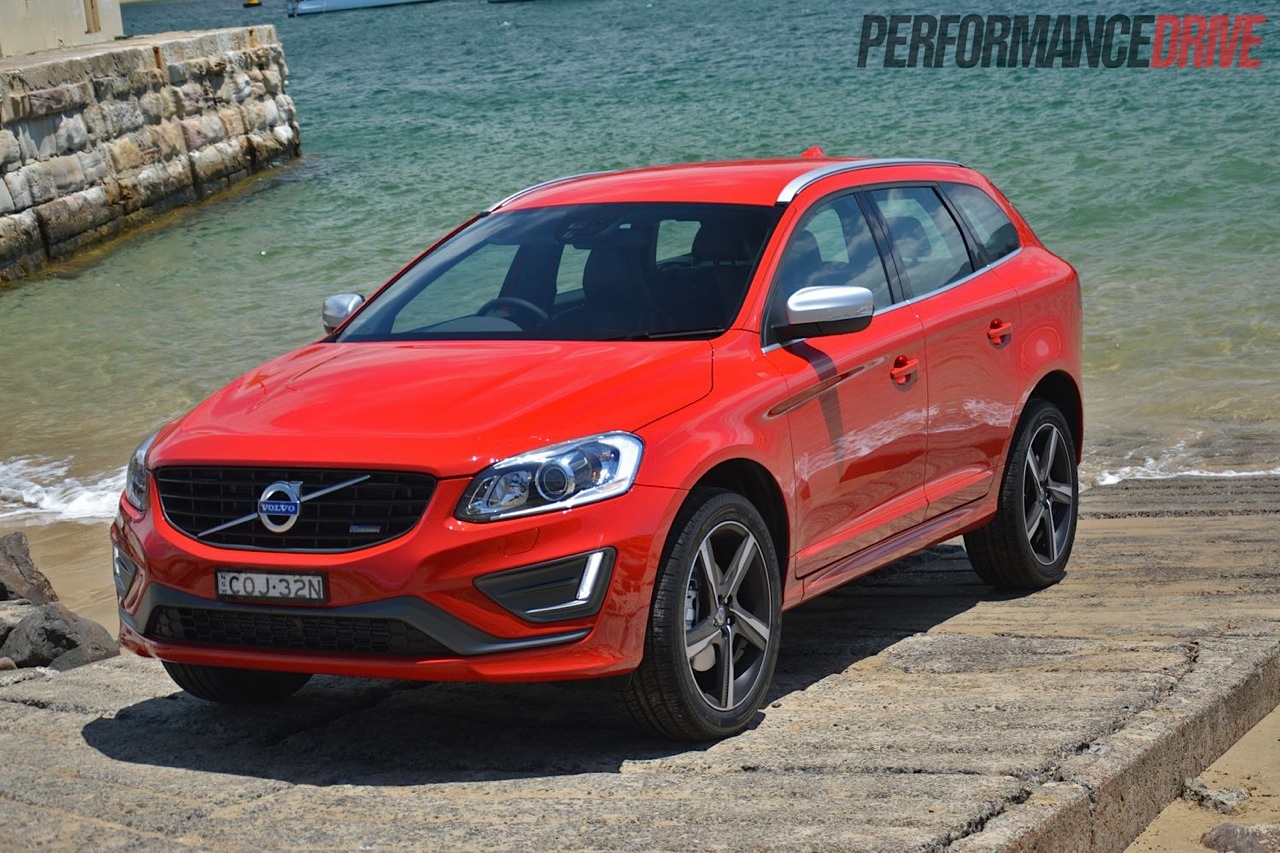 The 2014 Volvo XC60 T6 R-Design is like the quiet, glasses-wearing librarian; intelligent, safe, and slightly quirky but with a passion of fire burning within. 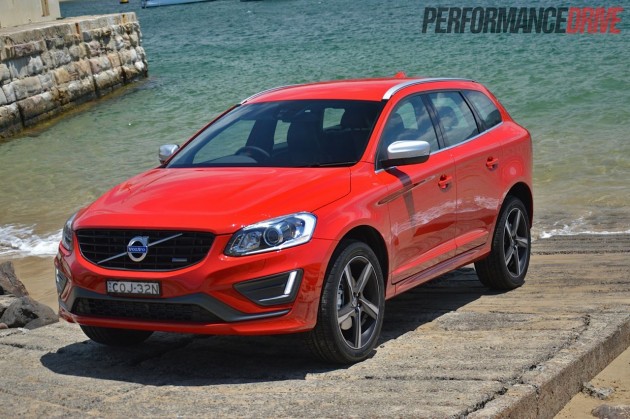 Volvo introduced the 2014 model year update in October, bringing lightly freshened up exterior styling, refinements to equipment, and some added technology and safety.

All top-spec R-Design Volvos now come standard with a Polestar-optimised engine, adding more attraction to mix via boosted engine power and torque figures. A set of paddle shifters have finally been added behind the steering wheel as well for a more engaging drive. 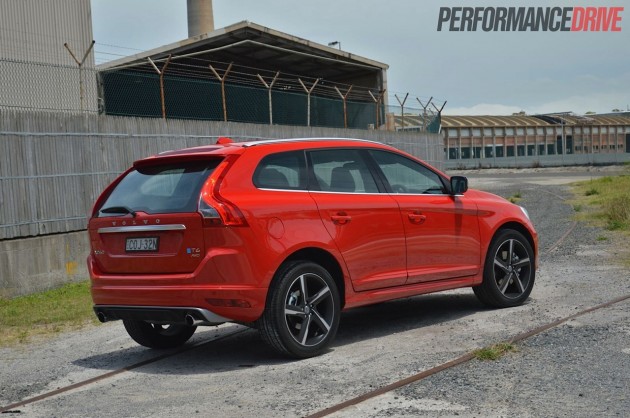 One of the most appealing elements to modern Volvos, aside from the safety (of course), is the interior. The Swedish company goes for a calming yet intelligent decor, with no cluttered clusters or confusing layouts, and enough frills to keep it from being boring.

In the XC60, the same easy-going philosophy is applied. It’s certainly refreshing compared with the conservative offerings you get from the premium German manufacturers.

There’s a blend of multi-layered textures throughout the cabin with a mostly-black upholstery theme. Some brushed aluminium – or ‘silk metal’ as Volvo calls it – trimmings give the dash contrast and a whiff of prestige, letting all passengers know that they’re sitting in a premium European product.

All fixtures and fittings are of a quality feel and seem robust enough to withstand years of wear and tear. Refinement feels improved too, with a relaxing atmosphere with no creaks or rattles interrupting your drive.

The 2014 model adds a number of new colour options for the range, while the R-Design now comes standard with a black leather trim with special R-Design seats with their own R logos.

The front seats are awesomely bolstered with huge side reinforcements to catch you in the corners. The hip-grabbing protrusions are soft and cushioning so it doesn’t matter if you’re thick or thin, the chair can accommodate all frames.

Those who like the typical, commandingly high SUV driving position might not enjoy the XC60 as much as other SUVs. Those who enjoy a car-like sports driving position, on the other hand, will feel right at home here. For driving enthusiasts, Volvo has done a great job with the driving position. The seat can be set low and the steering wheel can be set perfectly at chest height.

All seats provide passengers with a clear view of the surroundings, with good visibility through and around all pillars. The rear seats are slightly higher than the front, and the two outer spots feature Volvo’s innovative in-built booster section for the young ones which pops up at the touch of a button.

In the very back the XC60 offers a cargo capacity of 495 litres. The rear seats can be folded completely flat, opening up 1455 litres. 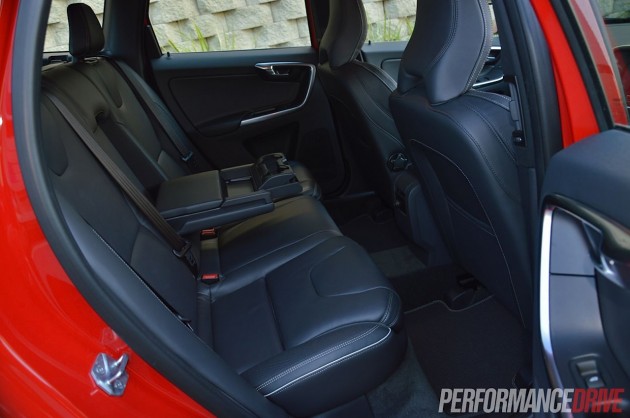 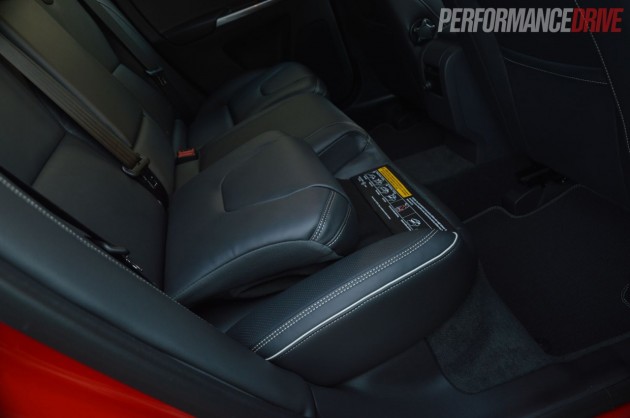 In terms of equipment, the R-Design and Luxury models are available with a ‘Driver Support Package’ which bundles all of the company’s latest and greatest safety features into one $5000 option. It includes a very good and easy to use adaptive cruise control system (with distance settings), road sign recognition, parking sensors, lane keeping aid, cross traffic alert to help with reversing out from car parks, and pedestrian and cyclist detection with full auto braking.

Although the package is expensive, we feel it is a must-tick option box. Let us explain. When it comes time to sell your Volvo on the second-hand market, one of the main attractions of a Volvo is the renowned safety. If a customer is trying to decide between your and another Volvo and yours doesn’t feature the driver support option, the buyer is more than likely going to go for the optioned offering.

All of the systems work very well and most of the time they are working without you needing to do anything; they operate in the background. Most of them can be switched off too, which is great if you’re an old-fashioned type and prefer to do some things without help.

On the outside, the 2014 model drops the silver highlights from around the front grille. It also comes with a sharper lower from bumper bar, and the washer sprayers have been concealed below the windscreen instead of sticking out from the bonnet like two black flies.

Powering the 2014 T6 R-Design is a 3.0-litre turbocharged inline six engine. It produces 242kW and 480Nm thanks to a Polestar engine computer tune. Figures are lifted from 224kW and 440Nm from the regular T6. 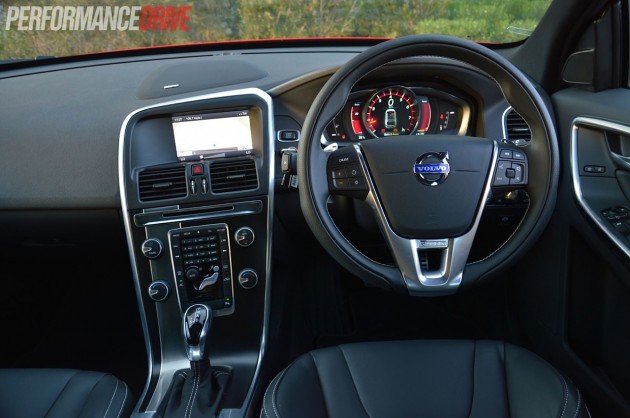 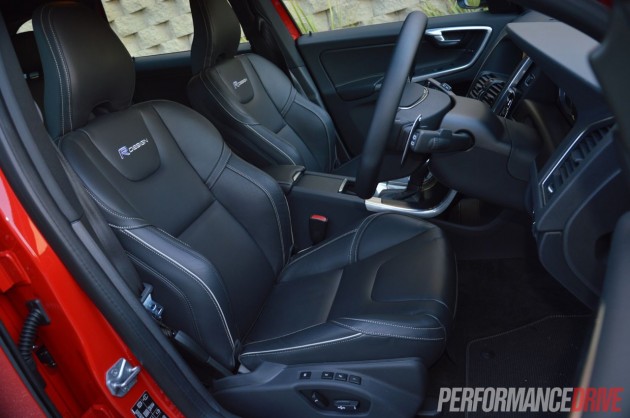 It’s a bit of a sleeper, with this engine. It sounds a little raspy and deep on start up, but from there it’s quite sedate. Flatten the throttle off the mark and the scenery will quickly become a blur. There’s some real surging g-force sent through your body. With 480Nm of torque available from just 3000rpm, there’s virtually no hesitation off the mark and overtaking.

We timed 0-100km/h in 6.2 seconds, which is incredibly swift for a vehicle that isn’t really setting out to be a dedicated performance SUV. Upon first impressions, it’s surprising how much pulling power is on offer, and how effortlessly it goes about its business. During mild to sporty driving conditions, the T6 is a super-smooth machine. That wall of torque means no hill is ever an effort, even with a full load on board.

Traction is, as you would expect, paramount and plentiful. There isn’t a moment of wheelslip no matter what demand you throw at it – and believe us, we tried to get it unstuck with a number of typically unhinging maneuvers. The Haldex all-wheel drive system continuously calculates what wheels have the best traction and directs power accordingly. In wet conditions or on the dirt traction remains rock solid.

When pushed enthusiastically through a series of tight turns, the XC60 T6 doesn’t feel as confident as it does in a straight line. We put some of this down to the optional 20-inch alloy wheels ($1875). If you can imagine trying to do athletics while wearing shoes that are too big, that’s kind of what the XC60 feels like when you drive it with aggression. The 20-inch tyres don’t feel like they have been specifically engineered for the steering and suspension.

There’s some mild understeer, but not your usual push understeer. In this, the inside wheel squeals for traction just as much as the outside wheel, suggesting some further calibration work is needed to accommodate the large wheels. This is strictly speaking in regards to vigorous driving stints.

The steering system isn’t the sharpest out there. Feedback is pretty high though. Body roll is also more to the moderate side as opposed to a firm sporty side, however, without ultra-tight suspension it does have a very comfortable ride, if a little jittery over rapid undulations.

Unfortunately, the brakes aren’t upgraded despite the added performance from Polestar. This means repeated abuse will cause overheating and some brake fade. For moderate, everyday driving duties they are powerful and provide good pedal feel.

Like most SUVs the XC60 isn’t created to offer sports car handling. Instead, it’s forte is sheer straight-line acceleration and pulling power. The cabin is also a great place to be for long journeys, with super-comfortable seats and that cool, calming interior design. 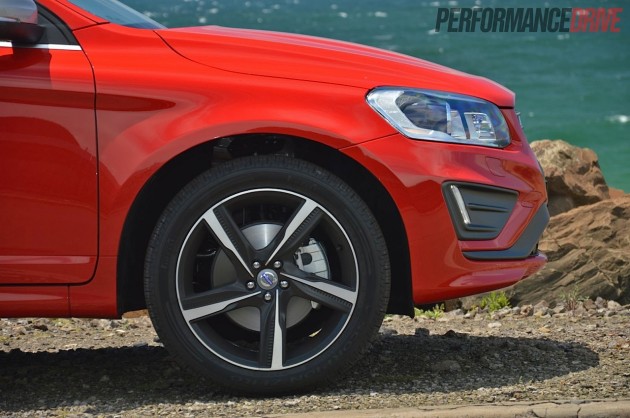 The nudging-$80k starting price for the top-spec T6 might seem a bit steep. When you consider the pure engine performance on offer here, we think you’ll agree that it fits into the Australian market reasonably well – it’s actually the most powerful petrol SUV in its class at the moment.

As we’ve discovered, the engine is responsive and very powerful, however, the brakes and suspension require more attention before this can be classed as a true performance SUV in our opinion.

If you’re not so much interested in surging straight-line speed and you’re a bit wary of fuel consumption (we averaged 12L/100km in this) we’d suggest heading for the D5 variant. It packs almost as much torque (440Nm-470Nm) only it kicks off at around $20,000 less.

CONS:
– Brakes and suspension aren’t up to the performance of the engine
– Recalibrated ‘second gen’ auto isn’t as direct or as fun as rival offerings
– Optional 20-inch wheels tarnish ride and handling 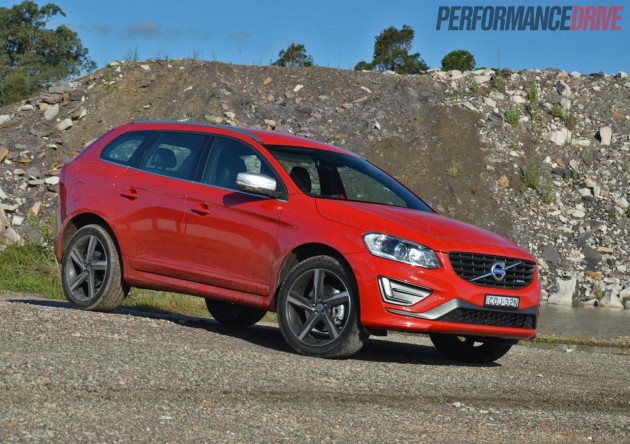