Images of the 2013 Skoda Octavia RS have been revealed online, showing the performance version of the sharp new Octavia. The regular version, unveiled in December last year, already looks the goods. The RS adds a touch of flare and aggression. 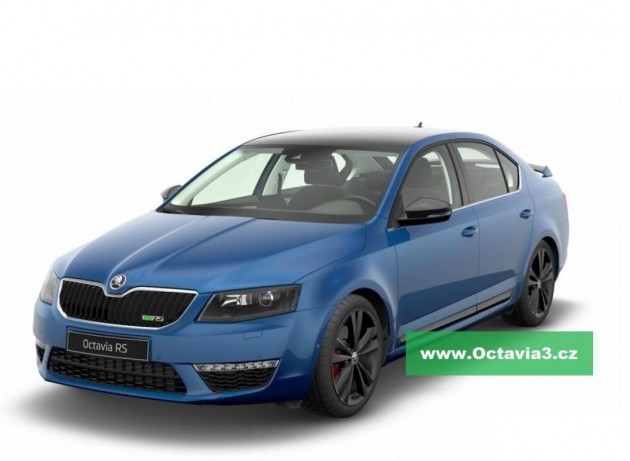 There’s two parts to these images. The white car is simply taken from Skoda’s showroom configurator, which was put live a little too early, while the blue car has just been found online.

As you can see, the new RS will take on a much more grown up, sharp, and more precise look. The lower front bumper bar is more angular and features a lower spoiler moulded in, there’s also LEDs, and at the back there’s a deck spoiler mounted on the boot. 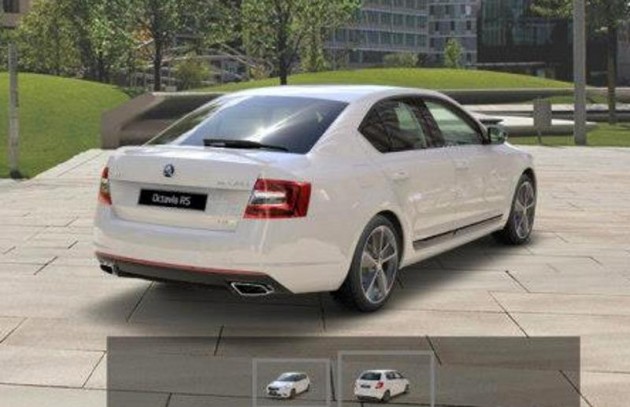 You’ll also noticed various black highlights spread throughout the exterior design, such as the side mirrors, the front grille and lower mesh grilles, the 18-inch alloy wheels, and some black trimming along the bottom of the doors. These give it a certain stealth-theme, and hint at its performance.

Under the bonnet, details are yet to be official. Speculations suggest the new model will get a 2.0-litre TFSI turbocharged four-cylinder just like the outgoing model, however, power could be bumped up to 164kW and 350Nm (up from the current 147kW and 280Nm).

The new Octavia range is set to hit the market later this year. A full reveal of the RS is expected to take place at the Geneva Motor Show next month.