EVO magazine in the UK has just released a video of a drag race between a 2012 BMW M5, 2012 Mercedes-Benz E 63 AMG BiTurbo, Jaguar XFR, and a Porsche Panamera S. 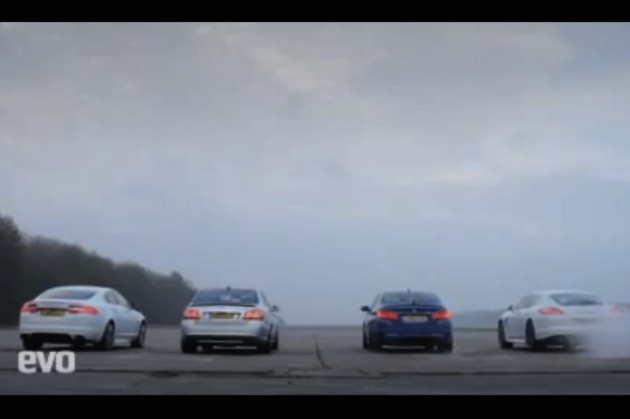 Before you watch the run, if you’d prefer, here are the main details of each car in case you want to have a bit of a guess which is quickest. The run involves a 0-1000m sprint.

Click play on the video below for the full race. Results are displayed at the end of the video.