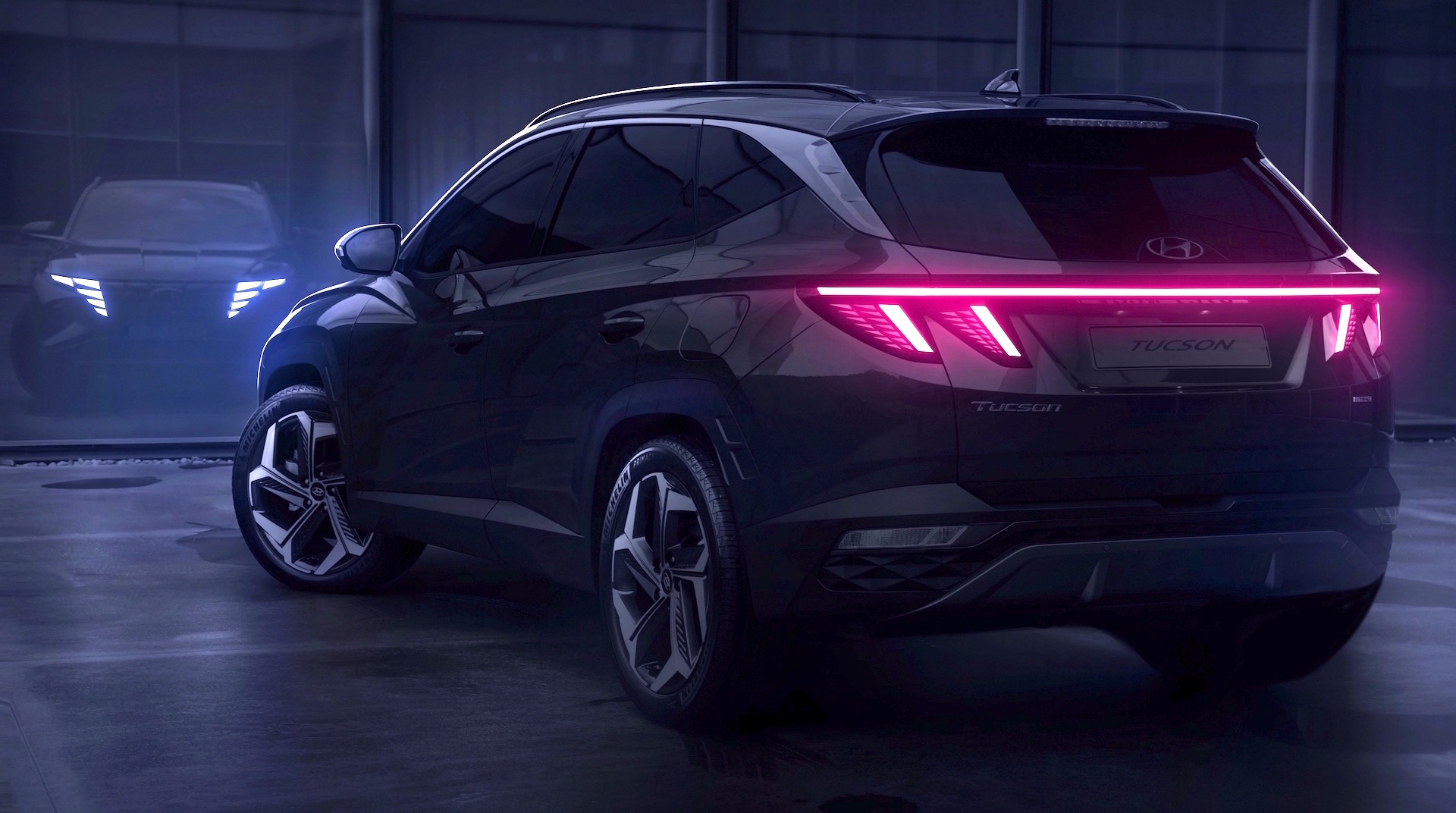 After months of speculation and spy videos, Hyundai has now revealed some images and preliminary information on the 2021 Tucson mid-size SUV. The new model has bee confirmed to go on sale in Australia next year. 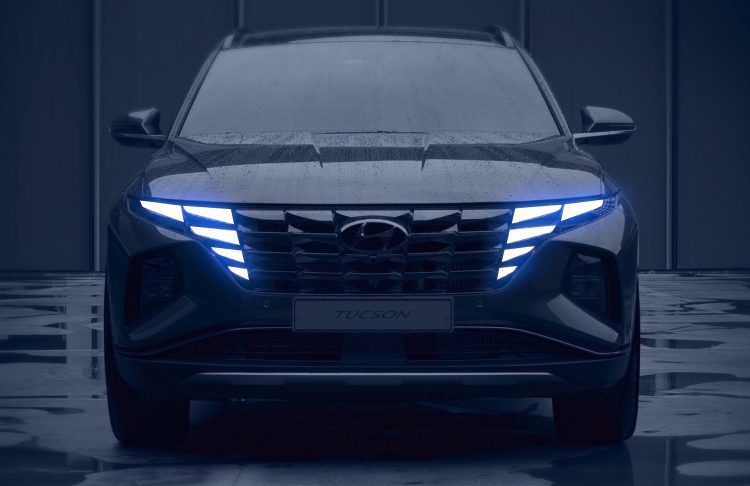 As suspected, the front end of the 2021 Tucson does indeed feature a large grid-like grille arrangement like what we’ve seen on the NEXO hydrogen fuel cell SUV. Some of these grid elements make up the headlight clusters, seamlessly blending in. This layout is called ‘Parametric Hidden Lights’.

Around at the back is a unique full-width taillight design with dual vertical strikes. From this angle you can also see the sportier D-pillar design, which swoops down almost like a coupe. A large integrated spoiler sits up near the roof. Defined body lines run down the sides, with bolstered wheel arches providing a pouncing, purposeful stance. Speaking about the design, SangYup Lee, senior vice president and head of Hyundai Global Design Centre, said:

“The mission of ‘Sensuous Sportiness’ is to elevate the emotional qualities of automotive design. We want our customers to feel moved. With the all-new Tucson, we are introducing its ultimate evolution and a definitive statement about Hyundai’s unstoppable forward momentum. Tucson’s advanced, experimental design is true to its pioneering spirit and raises the game in the industry’s most competitive segment.” 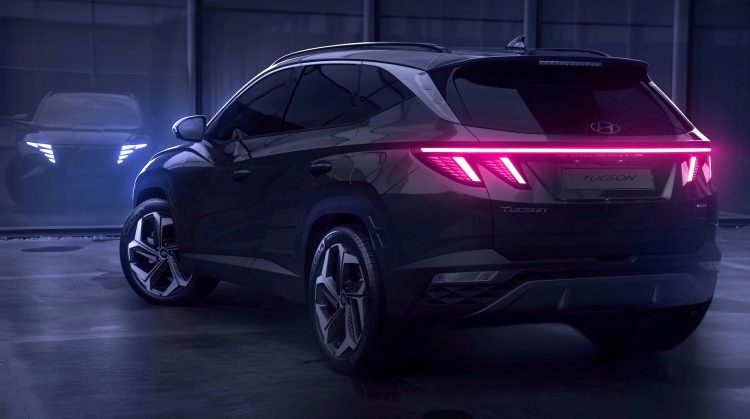 Hyundai says the new model will be offered in standard and long wheelbase forms for the first time. This was suspected with early prototypes showing evidence of an enlarged rear cabin. Although the company hasn’t specifically said it in today’s release, the new model could be offered with seven seats.

Speaking of the interior, check it out. This is just a digital depiction but boy does it look fancy and futuristic. Especially for this market segment. There’s a large protruding panel that houses a huge touch-screen interface on the dash, leaving a clean and clutter-free lower fascia and centre console. 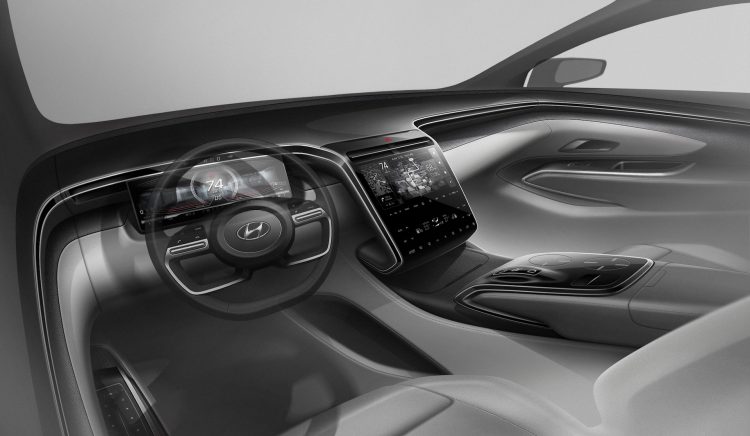 A wide digital screen makes up the digital instrument cluster, and (unfortunately, in our opinion) there’s a new four-spoke steering wheel that appears to be inspired by vehicles from the 1980s. The cabin is wrapped in dual-edged skirting that continues through to the door trims.

Hyundai will unveil the real deal via live stream on September 15 at 10:30AM (AEST). The new model will then eventually go on sale in Australia during the first quarter of next year.