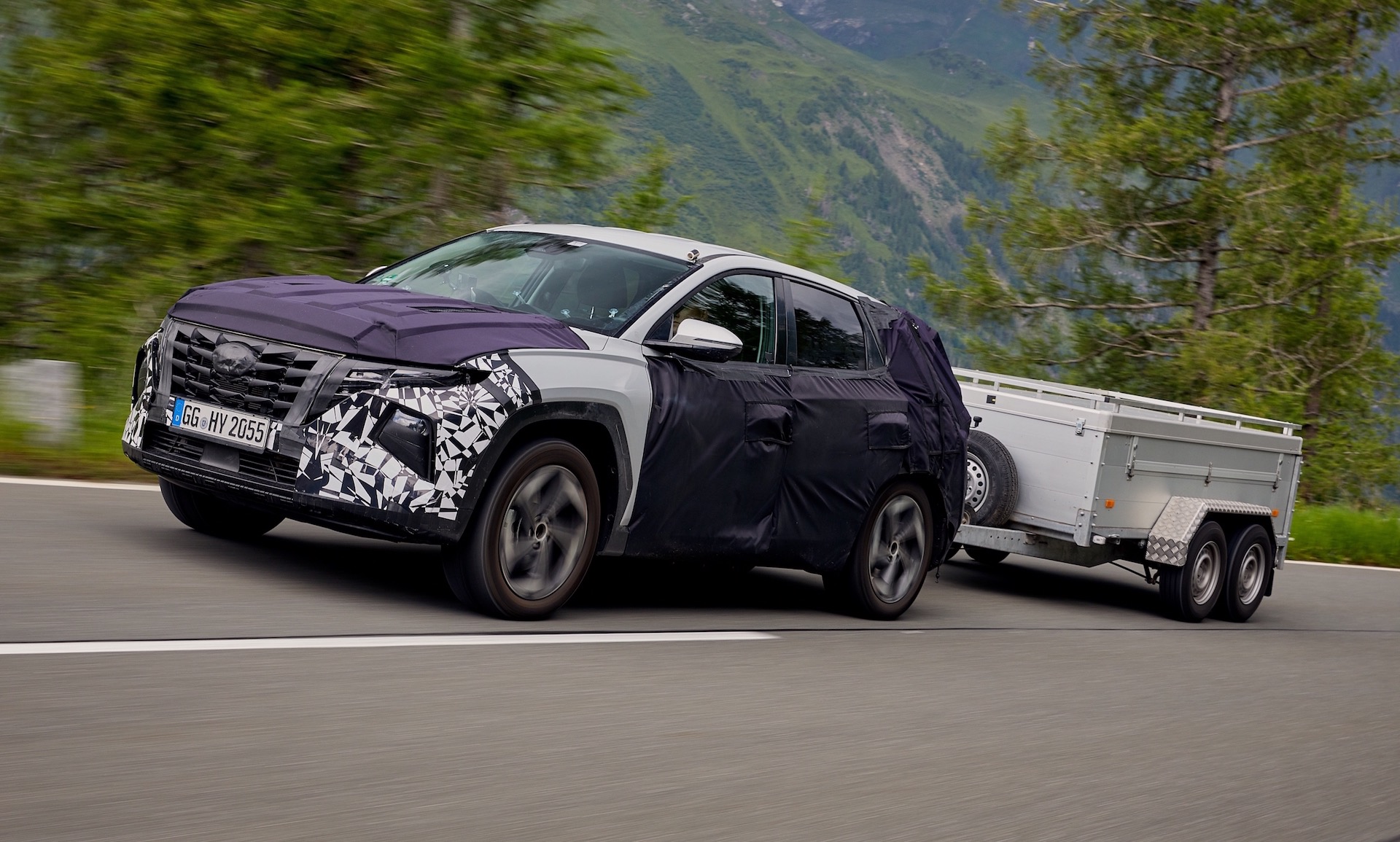 The all-new, fourth-generation 2021 Hyundai Tucson will officially debut on September 15, but the company wants us all to know the new model has undergone extensive development and testing ahead of its arrival to ensure it meets market demands. Some preview images have been sent out showing some of said testing. 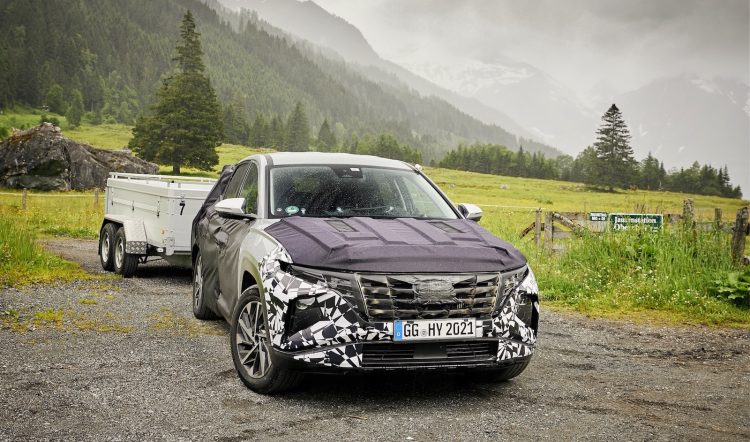 This is one of the most hotly anticipated SUVs of the year. It’ll have to compete with the booming mid-size segment, which recently welcomed the very popular new Toyota RAV4. However, Hyundai promises a striking design, efficient powertrains, practical characteristics for everyday usage, and a fun-to-drive nature. All of these traits should help it stand out.

Engineers have just completed the last stages of tests and quality assurance work on the new model, pushing prototypes to their limits in all kinds of conditions. Development work has been carried at Hyundai’s own testing facilities, and on public roads around the world. Prototypes have also be put under pressure at places such as the Nurburgring, and in the extreme heat in the south of Spain to the freezing climate of Sweden.

More recently tests have been carried out in the Czech Republic where engineers have conducted rigorous tests at Hyundai’s own proving ground. This included testing of the four-wheel drive system and torque distribution, and torque build up at low speeds. These characteristics where also put under further pressure in difficult terrain. One test in particular caught our interest. Hyundai describes:

“On challenging roads, for example, Hyundai engineers verified the overall body structure rigidity, opening all doors, tailgate and panorama roof with two wheels on the ground and two wheels diagonally in the air. The doors were closed without any problems during this challenge, confirming the vehicle’s body rigidity.”

We look forward to conducting this type of test ourselves when the new model eventually arrives in Australia next year. During off-road tests over the years we’ve noticed many vehicles have trouble with door opening/closing when just one wheel is off the ground, so it’s great to see the high level of rigidity here. 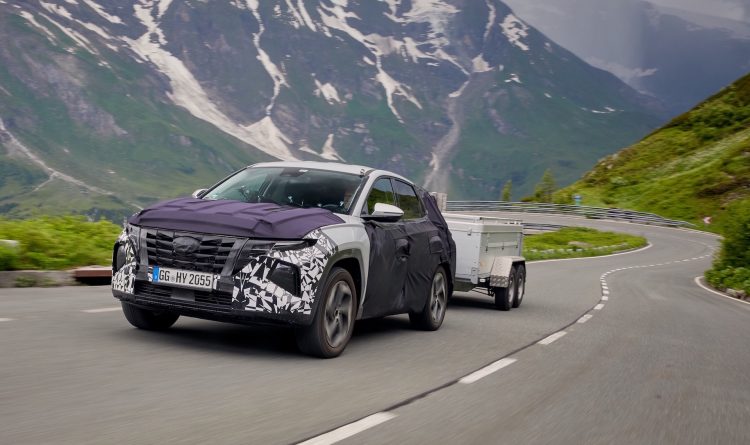 Engineers also tested the water wading capability, checking that guards and covers remained in place, even at high speed. Test drivers found the prototypes had no trouble fording through water 200-300mm deep. Even though most Tucson buyers are probably not going to subject their vehicle to that level of off-roading, it’s good to know it can do it and it has been done.

One of the last phases as part of the extensive validation process has been towing tests. Engineers took prototypes to the Grossglockner mountain (the highest mountain in Austria), towing a special weighted trailer. Here, drivers could assess how the vehicle behaved on steep climbs and descents, as well as around corners, running final checks and making changes to settings to ensure the finished product is sound.

Hyundai will unveil the 2021 Tucson online on September 15 at 10:30AM (AEST). Australian customers will be able to get their hands on the new model from the first quarter of next year.