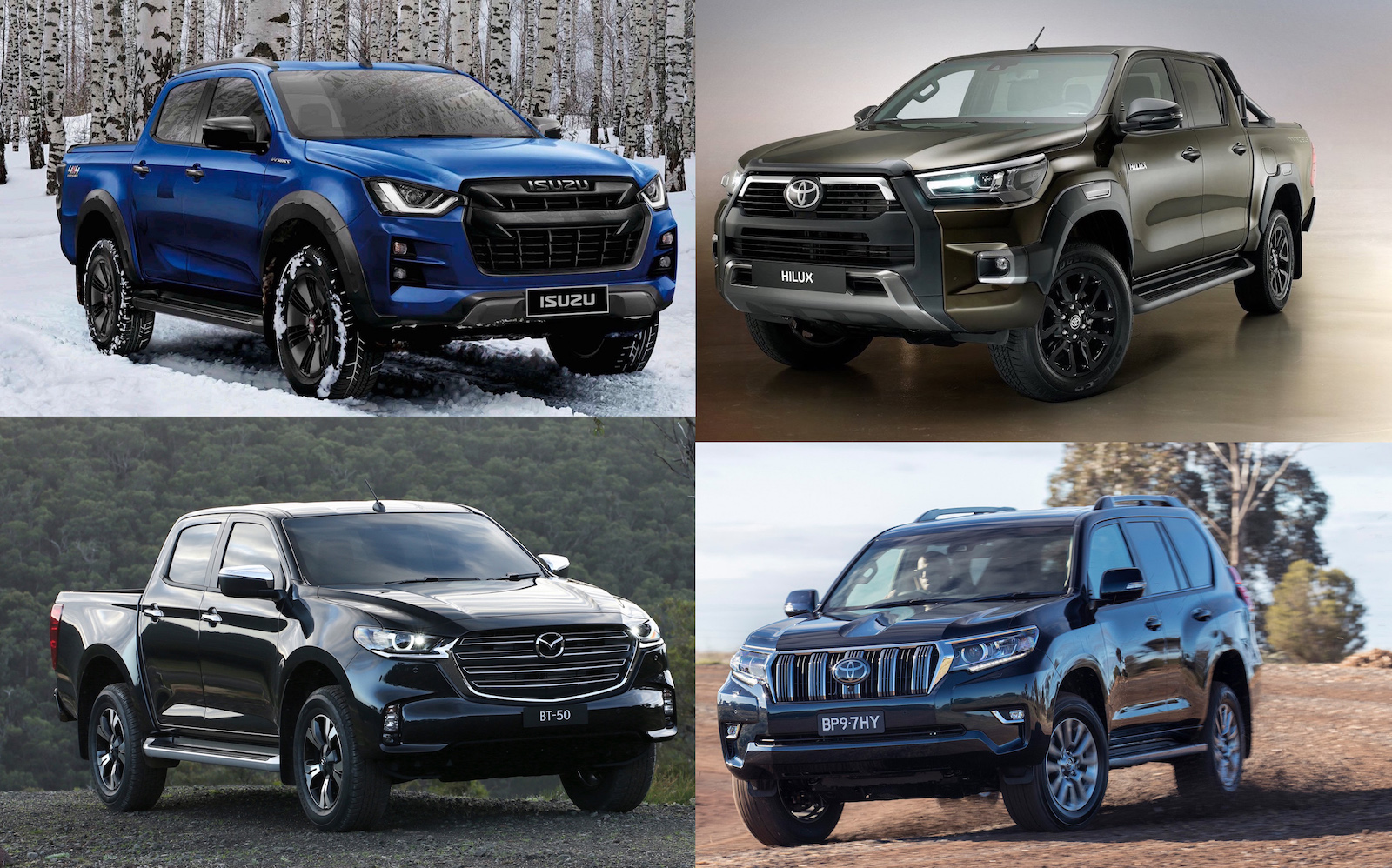 There’s a battle on the horizon. Some of the most popular heavy-duty 7-seat SUVs and utes in Australia will soon receive major updates, with the 2021 Toyota HiLux, 2021 Isuzu D-Max, and 2021 Mazda BT-50 all scheduled to arrive this year, starting from August. And with the utes, at least from Toyota and Isuzu, their twin-under-the-skin SUVs will eventually arrive too.

Despite pushes and marketing for electrification in most segments and big pressure from regulators for carmakers to reduce overall emissions, the dual-cab 4×4 ute segment in Australia is still the most popular specific vehicle category of them all. And SUVs aren’t far behind. Even with the impact of the coronavirus pandemic, 4×4 ute sales through the first six months of this year are down only 13.8 per cent. That’s well against the overall industry downturn of 20.2 per cent.

Total SUV sales (all sizes combined) are also down just 13.8 per cent, although, as reported earlier the premium SUV segments seem to be coping the best. The ‘Small SUV above $40k’ premium segment is experiencing a 5.2 per cent increase in sales year-to-date, however, the ‘Large SUV above $70k’ class is up an incredible 8.0 per cent. Before coronavirus the local market was experiencing a decrease of around 10 per cent, meaning these SUVs are going against the trend well and truly. Things will shake up even more very soon, and sales are expected to bounce back quite a bit thanks to some important new models on the horizon. 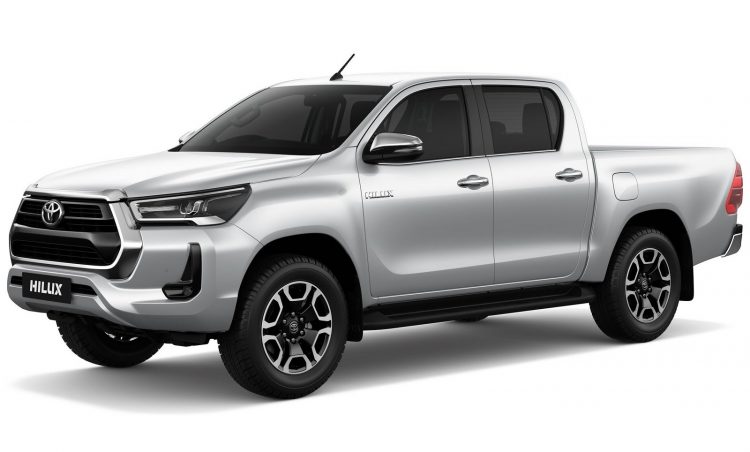 Boosted engine and tech for 2021 Toyota HiLux and Fortuner, Prado next

Toyota Australia has confirmed the new 2021 HiLux will officially go on sale in August. It’ll bring in an updated exterior design and revisions to trimmings and accessories, while the interior welcomes an 8.0-inch touch-screen media interface across the board, packed with Android Auto and Apple CarPlay.

One of the biggest snippets of news is the fact it will receive an enhanced engine. Toyota first introduced the current 2.8-litre turbo-diesel four-cylinder in 2015, replacing the old 3.0-litre unit. Many fans and existing customers were a little disappointed, initially, by the downsize. However, power and torque levels are up in comparison. In most forms the unit produces 130kW and 450Nm, from 126kW/343Nm in the old 3.0L.

Despite a tiny increase in power and a decent lift in torque, other popular diesel utes on the market are offering more these days. So, Toyota has updated the 2.8 to develop a more substantial 150kW and 500Nm for 2021. This should noticeably improve acceleration and overtaking performance, as well as sheer pulling power. 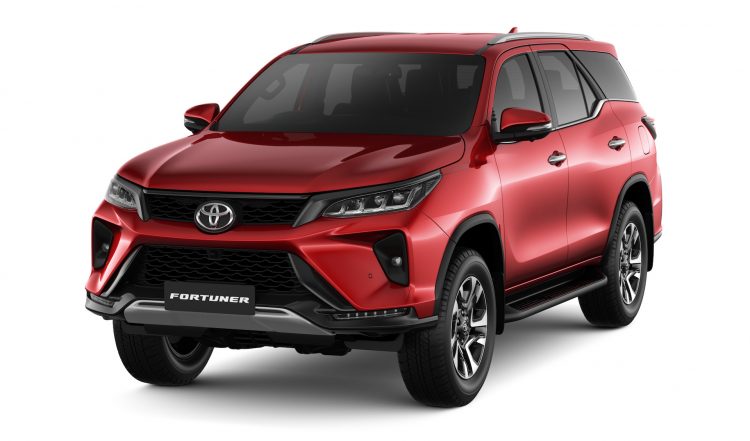 As interesting as all of that is for tradies and wannabe tradies, this engine will make its way across into the Fortuner and is expected for the Prado. Toyota has already confirmed the 2021 Fortuner, with three variant grades spanning GX, GXL and Crusade locked in for Australia.

The more popular Prado is expected to receive the updated 8.0-inch touch-screen media interface from the new HiLux and Fortuner, with a new semi-digital instrument cluster likely making its way in for the driver. Seen as though the Fortuner’s towing capacity is increased from 2800kg to 3000kg with the update, we’d anticipate a similar upgrade to the Prado (current Prado automatic is rated at 3000kg). 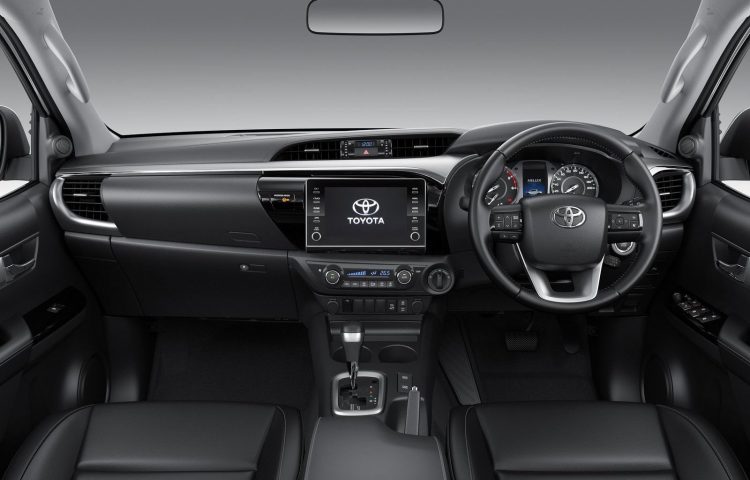 As for Isuzu, it will be launching its all-new 2021 D-Max on September 1. However, full Australian specs will be announced to the public on August 13. We suspect Isuzu Ute Australia will go over the full details and give us a rundown on the local specs and features for the new model.

This won’t be simply a facelift but rather an all-new model with a significantly revised design, inside and out. Some revisions to the suspension have been made to increase durability and smoothness, according to Thai specifications, and finally Isuzu is going to be offering a locking rear differential, at least on some models. There’s a fresh body design and unique trimmings, as well as a vastly modernised interior that incorporates a 9.0-inch touch-screen media system. All of this should bode well for the rugged model, as it could help to bring in new customers without necessarily losing its more traditional clientele. 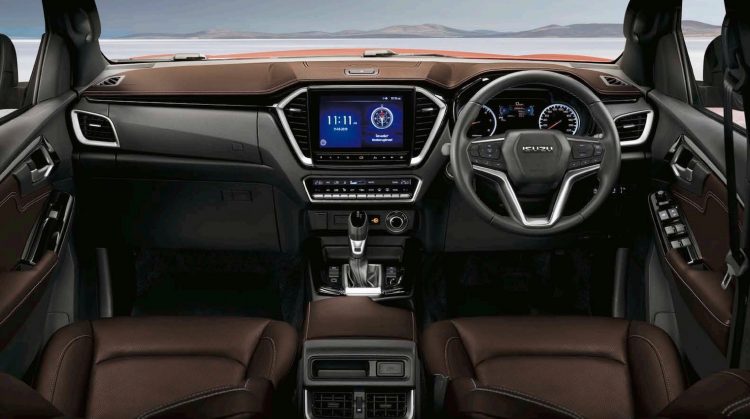 Like Toyota, Isuzu has listened to customers and is providing a decent update for its engine. The trusty 3.0-litre turbo-diesel four-cylinder from the current model will live on, after originally debuting in primitive form in approximately 2006. But engineers have made some pretty big changes.

The compression ratio remains at 16.3:1, however, power is lifted from 130kW to 140kW, and torque is raised from 430Nm to 450Nm. The availability of peak torque also increases, from 2000-2200rpm to 1600-2600rpm. It’s understood the engine will remain at Euro 5 emissions level – currently the standard in Australia. We’re anticipating the full nitty gritty details of the measures made to the engine to be outlined during the media presentation in a couple of weeks. 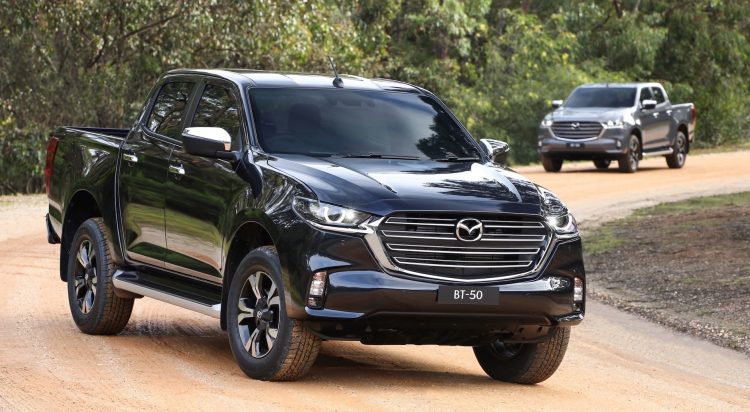 Mazda has already unveiled its all-new 2021 BT-50 which adopts the platform and running gear from the new D-Max. This is through a new partnership between the two Japanese brands, as Ford and Mazda go separate ways on their ute offerings (current BT-50 is based on the Ford Ranger, including powertrain). Like the D-Max the new BT-50 brings in a fresh 9.0-inch touch-screen. However, from there Mazda has applied its own interior design. And boy what a design. Mazda’s latest models have showcased some of the best and most premium cabins in the non-premium sector. This could be a real point of difference for the BT-50 when it arrives in Australia during the later half of 2020.

It’s a shame Mazda doesn’t offer a heavy-duty seven-seat SUV version, as we’re sure customers would appreciate the combination of a nice seven-seat cabin layout with the rugged underpinnings of a true 4×4. Instead, Mazda only offers its CX-9. Although it is available with AWD it is regarded as more of a crossover than an SUV or off-roader. 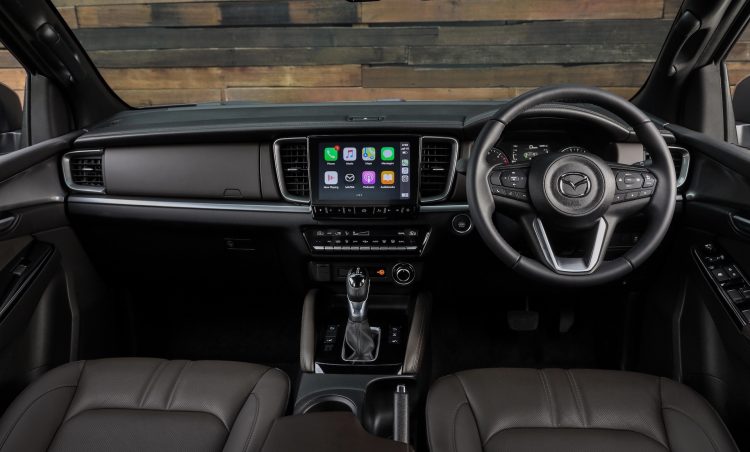 What will be offered in seven-seat SUV form though is the 2021 Isuzu MU-X. This will be quite an exciting proposition in the segment. The Isuzu MU-X has been around in the same form, albeit with some updates, since the nameplate debuted in Australia back in late 2013.

With the updated engine providing more grunt, which should help with towing, along with the fresh interior and technologies, this should be one to watch. Some chassis refinements are also expecting, keeping in mind the MU-X features a unique coil-sprung rear end as opposed to the D-Max’s leaf-sprung live axle.

Isuzu enjoys consistently healthy sales of the MU-X, even in its dated form. The new model will only be more appealing. The 2021 MU-X hasn’t been revealed yet but we suspect some news will be announced in a couple of weeks. Stay tuned.