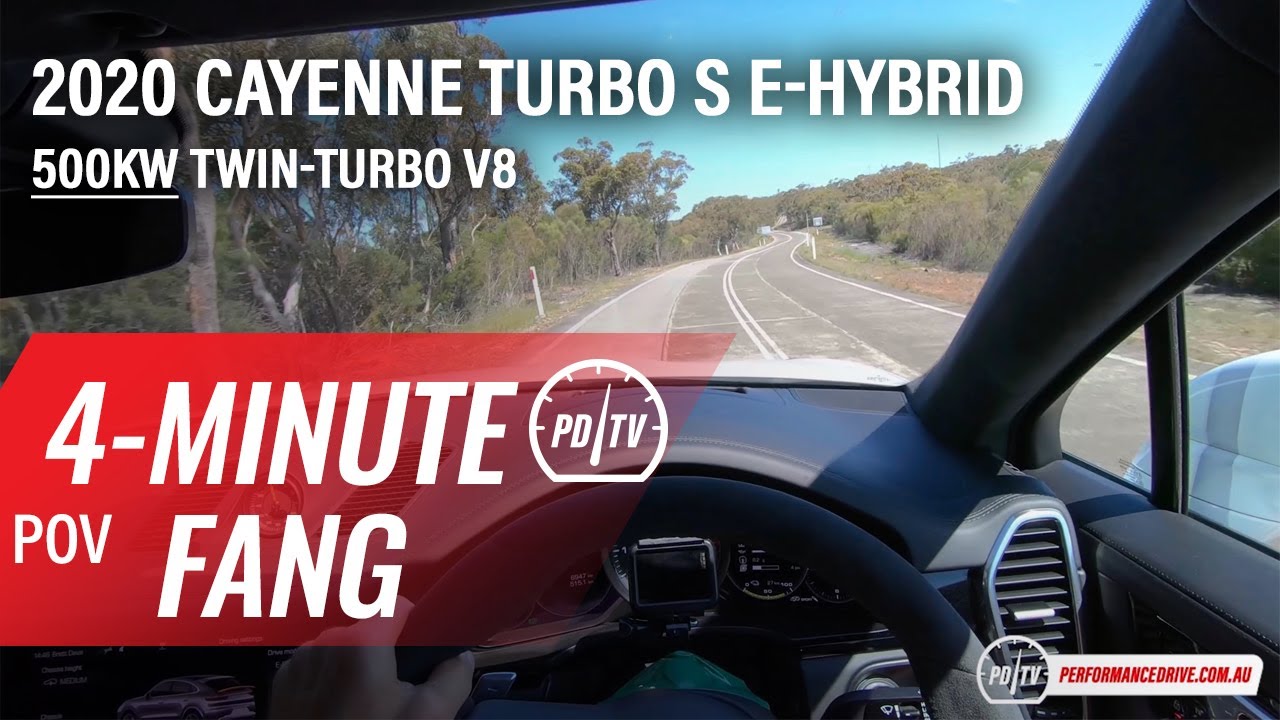 It’s time for another instalment of our Four-Minute Fang video series. This time we bring you the mighty Porsche Cayenne Turbo S E-Hybrid Coupe. Yep, the name is grand but so is the performance. 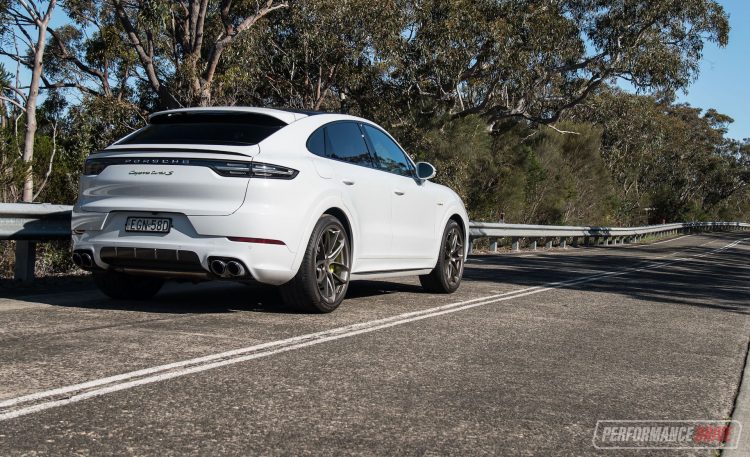 You get a whopping 500kW of power and 900Nm of torque from a sophisticated twin-turbo V8 hybrid system. It essentially entwines the regular Cayenne Turbo’s 4.0-litre engine with a 100kW electric motor assist system.

That means 0-100km/h in 3.8 seconds, claimed, and we’ve tested even quicker than that in the real world (video coming soon). The top speed is 295km/h. Being a plug-in hybrid, this variant can be driven on electric power alone. And in this mode you have a top speed of 135km/h and a range of about 40km. 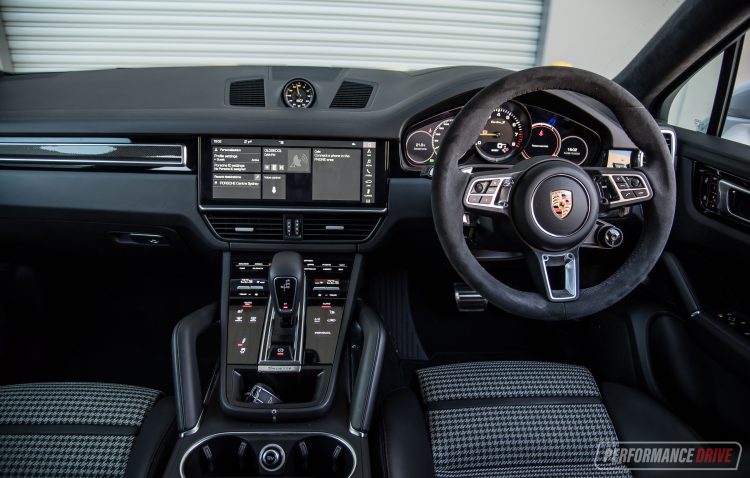 Average it all out and you’re left with an official combined cycle fuel consumption of just 4.4L/100km – that’s similar to a Toyota Prius. Incredible stuff. It demonstrates the potential of hybrid tech, at both extremes of economy and performance.

As for the rest of the vehicle? We’ll save our full evaluation for the upcoming review. But, in short, it is an absolute monster from point to point, especially if in between those points you have plenty of sweeping bends and long-legged straights.

The electric motor means there is no delay or lag as it pulls through each gear ratio. It’s like this is constantly driving down a very steep hill. It’s completely impervious to turbo-lag, and gravity it seems. Here’s a sample of what it goes like on a spirited road.